No Walls Remain: The Story of Kenny Johnson
“I had to find a power that would not only get me through my current sentence, but would free me from prison forever.” – Kenny Johnson.

Kenny Johnson was no part time criminal — he devoted his entire life to crime, beginning in his early teens. Imprisoned for over 20 years, Kenny’s career was relentless mixture of theft, bank fraud, pimping and hustling. It was an endless downward spiral. Each time he was released, Kenny quickly returned to prison, with new charges and difficulties. Doing time, Kenny developed a frantic search for the end of his despair, scouring the world’s great religions and seeking guidance through substance abuse groups. Nothing seemed to work. His relentless desperation left him no peace or escape. Finally collapsing into a “dark night of the soul,” Kenny carefully designed a plan to kill himself, accumulating psychiatric medicines and tranquilizers designed to end his life. Perhaps, this sense of complete hopeless despair was exactly the fodder that Grace needed. It brought Kenny to that final place: that place of complete surrender.

In such silent moments, it is possible to hear Stillness Speak, to experience that “ever present Grace which…supports me in each moment now.”

Kenny met Gangaji, the world famous non dual teacher, whose prison outreach program dropped Kenny into the Sea of Silence that changed his life forever. In this interview with Chris Hebard, Kenny shares his entire life story, from his childhood days through his long and varied life of crime, the good times and bad. 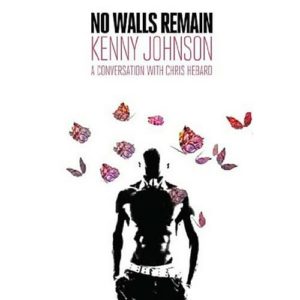