The Nisargadatta Gita was first released on the internet in February 2008; since then it has been acclaimed worldwide as one of the best expositions of the teachings of Sri Nisargadatta Maharaj, and used as a meditation manual by many. The essence of the teaching has been expressed in a very clear and lucid style.

This third edition is the first official printed version and has an appendix titled I Am That – A Realization, which is a tribute to the Guru by his disciple. 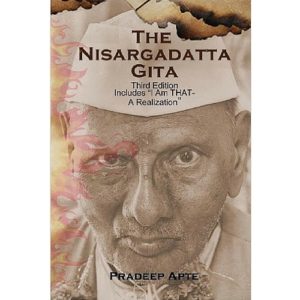