Finding True Freedom on the River Ganges – Part 2 of 2

“… truth is not something to be gained. You don’t arrive at truth. It is not a result …”
~ J. Krishnamurti 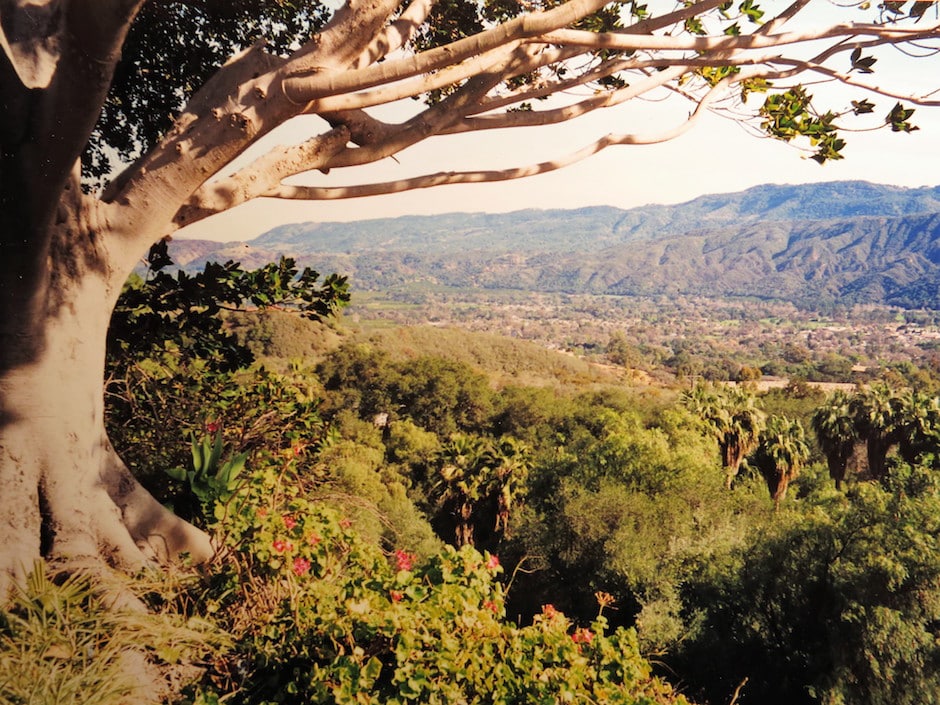 A view of Ojai Valley

This is a guest series by author Ray Brooks based on his book The Shadow that Seeks the Sun. Ray and the publisher (Watkins) have graciously offered chapter one as a PDF for FREE download.

Part 1 of this 2-part series concluded with Ray waiting by the 100-year old pepper tree to meet J. Krishnamurti – in Arya Vihara (Krishnamurti’s residence in Ojai, CA): “… I went over to the tree and perched on the stonewall surrounding it. Krishnamurti reported that he could feel the vibrations of Lord Buddha under this very tree. All I could feel was my nervous stomach and the fear of being discovered on private property …” (excerpt from Ray’s book)

The conclusion of this series : Krishnamurti & Ray’s illuminating conversation during their brief meeting …

In the early days when I first began my search, I went into the oldest esoteric bookshop in Cecil Court, London. I bought a book on Indian philosophy, which eventually led me to my first Krishnamurti book. The bookshop, which was established in 1894 was known for hosting eminent speakers such as Madame Blavatsky, Aleister Crowley and they had also published Carl Gustav Jung’s first book in 1925. The shop is still there and it is called Watkins Books. The sweet twist to this story is that Watkins published my most recent book The Shadow that Seeks the Sun on February 13th 2018. 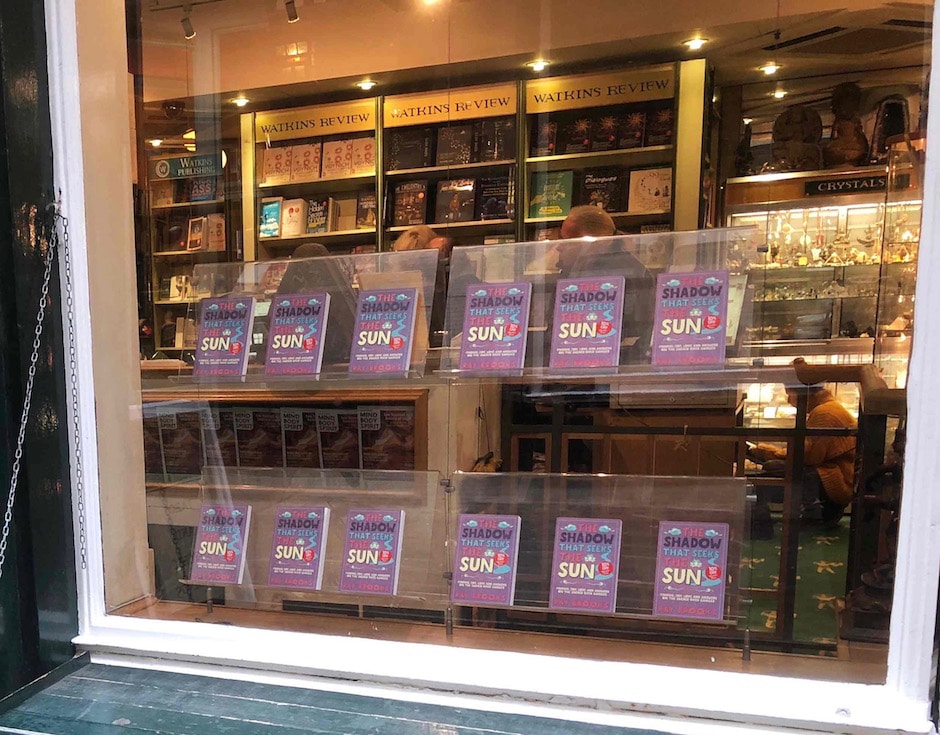 Excerpt from The Shadow that Seeks the Sun. . . .

With fifteen minutes to go before the meeting, I made my way back to Arya Vihara and let myself in through the back door. The house was like a chapel, completely quiet. I sat on one of the wooden chairs near the door and listened to the loud tick-tock of the clock counting down the minutes. Something metallic dropped on a hard surface, breaking the silence. It sounded as if it came from the kitchen area.

It was 4:57 p.m. and suddenly I questioned whether I was in the right place; I questioned the question I’d memorized; and I questioned why the hell I’d come thousands of miles from home to see an Indian guru who claims not to be a guru, who speaks out against  following gurus.

At precisely one minute to five, a cheerful young man appeared and introduced himself as Michael. Later I discovered that Michael was Krishnamurti’s personal cook. I followed him down a short corridor to a  small  conservatory.  I could see Krishnamurti through the glass doors.  Dressed in grey slacks and a blue shirt, he stood to greet me. Michael opened the door and ushered me in. Two chairs faced each other with a table between them. Both chairs had a view of the garden. 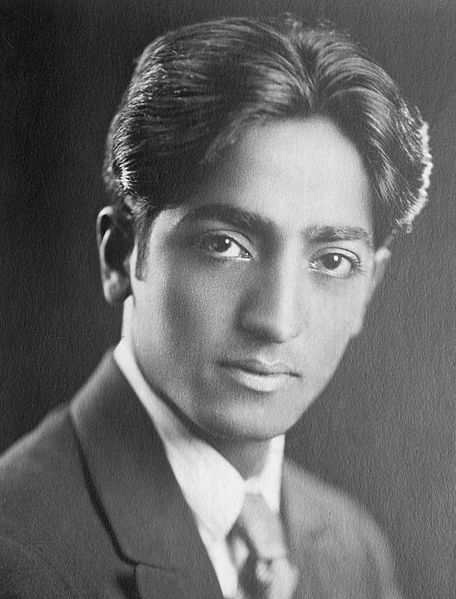 Krishnamurti was very welcoming and I thanked him for agreeing to meet with me. We each took a seat and looked out at the garden. The temptation to speak was strong, but I resisted and found the silence to be calming. In those few moments, my nervousness lifted and a deep sense of peace enfolded me. To my surprise, I found myself completely at home in his presence. I could have sat with him and looked out of the window for the whole meeting.

His words were gentle and I felt no pressure to respond. My question about unconditional freedom was gone. Nothing came—no embarrassment nor panic. I didn’t have a care in the world. There wasn’t a world. There was only the room and a very serene elderly Indian gentleman sitting opposite. It was a natural feeling of peace.

After a few moments, I surprised myself by starting to recount my experience at the nightclub in London and how I had been unable to let it go. I told him I wanted to understand what had happened and why. He listened closely. Mid-story, he leaned across the table and put a hand firmly over my clasped fingers, imploring me to stop. 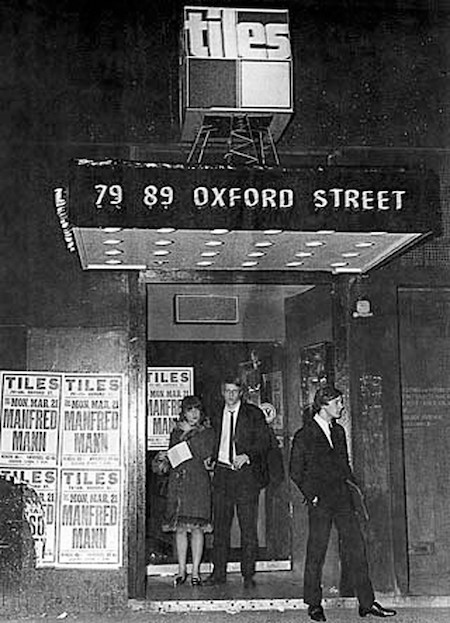 A London nightclub that Ray frequented

He kept his hand on mine, but released the pressure.

“ What is it that you are really seeking, sir?” His voice softened.

I wanted to say this, this right here, but I did not respond. I just met his gaze.

“What is it that you want most, sir? What is it each one of us wants in this restless world? Isn’t it some kind of peace, some kind of happiness, a refuge? You won’t find what you are looking for in  experiences, sir.”

For all those months, I had given my attention to my experiences. Now he was saying that they were insignificant.

“Are you not searching for something permanent? Some lasting certainty—because, in you,  is  uncertainty?”

“And what is it that you call permanent? Do you want something you can cling too, a permanent pleasure, permanent gratification, a permanent experience of happiness without sadness. Perhaps I’m putting this rather sharply, sir.” His grip tightened. again. “Isn’t  this  what  you want, sir?”

Our meeting lasted only twenty minutes, and he did not spare the rod. He stopped speaking and looked at me, perhaps to let his words sink in.

He paused to emphasize the gravity of his question, not once taking his eyes off me.

I had read these words in his books, but hearing them face to face held a forceful urgency.

“Sir, if you know how to look, you will see that the ‘experiencer’ is never separate from the experience. To not see this is a life of sorrow.”

His hand still rested on mine in the middle of the table and he did not take his eyes off me, even when he  stopped  speaking. Once again, I did not respond.  I could not respond.

“Sir, the real has no opposite. You don’t have to seek it. The only sure way to postpone the real is to continue to be a seeker of the real—and to invest your happiness in some experience that you once had or want to have in the future. The real is what is; it is the truth and that is the great beauty of it.

The moment you seek it, the moment you try to grasp it, you begin to struggle, and the one who struggles can never understand the immensity of this.”

He stressed the word “immensity,” which seemed to have great meaning  for him.

“Look at your own life, sir. Look at the way you are living. Is it not always on the border of sorrow? Are you not trying to escape that sorrow?”

Krishnamurti was right. There was a deep sorrow in me, cleverly disguised by a cluttered mind. At the heart of the sorrow was dissatisfaction—an unquenchable longing.

“Are you not always yearning, sir, always becoming? Becoming is time. Becoming is fear, sir. “I am this now. I will be that in the future.” If you look, you will feel the pull of becoming. The pull of yearning, the pull of time.”

I knew what he meant, but could not feel the pull  of time or a trace of yearning or becoming  as I sat there.

“Are you not searching to gain a result, an ending, a place you can say “I have arrived?” Sir, truth is not something to be gained. You don’t arrive at truth. It is not a result.”

He paused and held my gaze.

“Sir, you must put aside all of your ideas about these petty experiences. Experiences won’t bring transformation. Experiences are temporary. What you are is the real. To find the real, you must put aside all of your theories, ideologies, all your concepts about truth and freedom—and actually inquire whether you can be psychologically free from dependence. See if there is freedom from fear and anxiety and all your problems. Someone telling you there is such a freedom will do you no good. The key to the door is not someplace else, sir.” 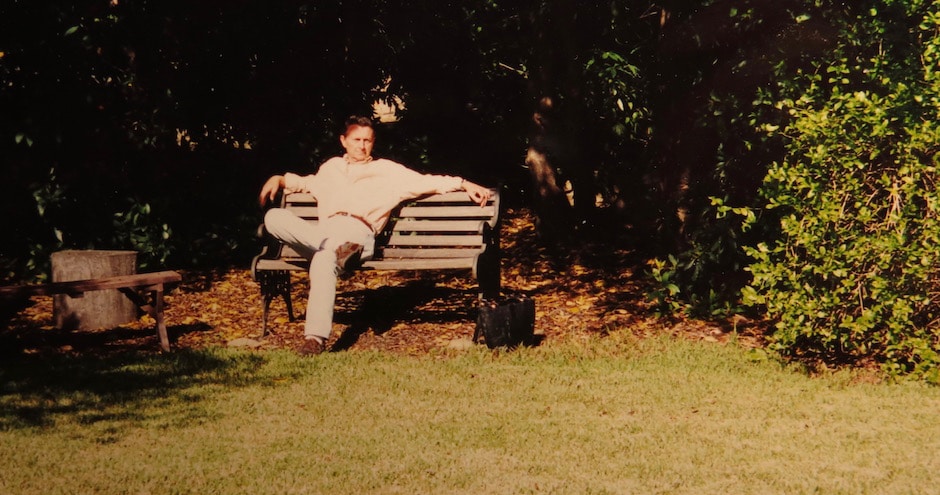 He gently patted my hand and looked away for the first time during our meeting. He pulled out his pocket watch. “Sir, we must finish our meeting now as there is another waiting.”

As we stood, he reached out for my hand again and held it. “Find out for yourself if there can be complete unconditional psychological freedom from all problems; something not of time.   Start by seeing clearly that the observer is not separate from the observed. Seeing this will end the need for a guru or a savior. You have to look where thought cannot go.

It wasn’t until years later when I met Rudra on the ghats of the River Ganges that I clearly saw that each teacher of the ‘direct path’ was pointing to ‘this’ that already is.

Great gratitude to all the teachers of the non duality tradition for their relentless pointing to ‘this that is.’

Ray was invited to speak at the Krishnamurti Educational Center of Canada. The talk took place on Sunday November 6th 2016. 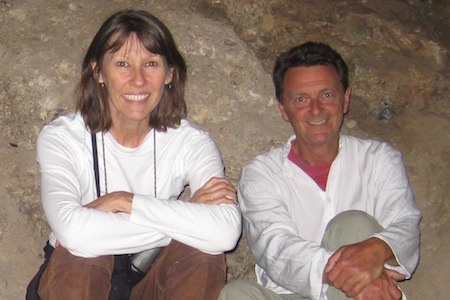 Ray Brooks is a British author, born in Newcastle upon Tyne. Ray is the author of Blowing Zen, Finding an Authentic Life, (Sentient Publications), Ich ging weg der Zen Flote, ( Ananta) a musician and recording artist who is internationally respected in the world of shakuhachi Zen flute. Sharing a passion for travel and adventure with his wife Dianne, the co-author of The Shadow that Seeks the Sun and Blowing Zen, they have explored the world together and spend most of their winters living in the foothills of the Indian Himalaya. Please visit his website for more information.

Images :  J. Krishnamurti from Wikimedia Commons. All other images & Ray’s You Tube are provided by Ray Brooks and used with his permission.

Awakening to Our True Nature: Can it be Ignited?

Joan Tollifson: What is True Meditation?