Perhaps there is a parallel between the artist wrestling with his medium, bending it to the shape he seeks, and a dharma practitioner wrestling with the equally intractable medium of the “self,” which she strives to see for what it is. ~ Henry Shukman 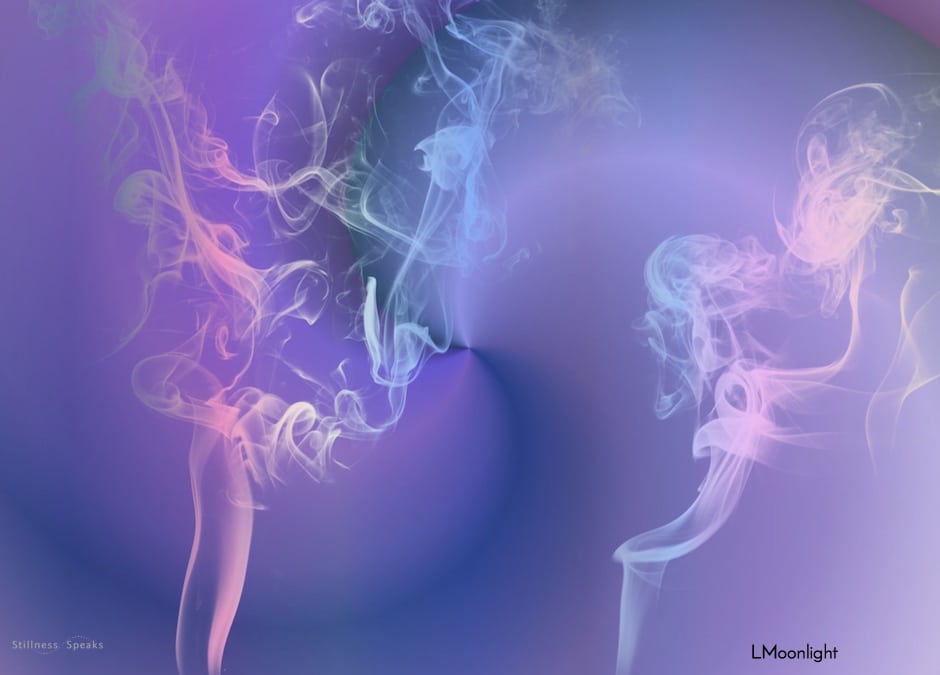 We are pleased to offer part 3 of this 4-part series, Zen and The Art, authored by Zen teacher and poet Henry Shukman, originally published as Zen and the Art, in the Spring 2012 Issue of Tricycle Magazine and also published on the Mountain Cloud Zen Center website. Read Part 1 and Part 2 of this series, if you haven’t done so already,

The Trappist monk and accomplished writer and poet Thomas Merton wrote: “Today the artist has inherited the combined functions of hermit, pilgrim, prophet, priest, shaman, sorcerer, soothsayer, alchemist.” Artists can be fractured mystics, DIY monastics, self- appointed priests, ministers to misguided humanity, but they may also be craven sensualists, insatiable Casanovas, rabid seekers of name and gain. In the West, the connection between art and personal suffering is deeply entrenched. The world of poetry is populated by all manner of egos, some strutting on stilts, some limping on crutches, most doing both. In spite of all the academic poets active today, the model of the Western poet is still the hopeless misfit, more in need of a bodhisattva than likely to become one. 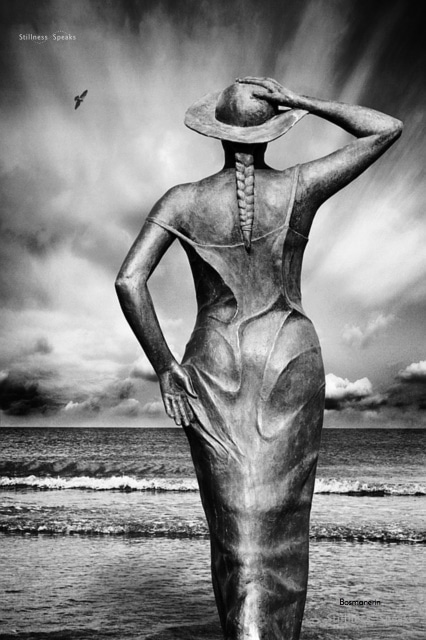 Friction between the self and the world is the fuel of art; the struggle with an intractable medium is metaphoric of the life. This is what can make art such a misery, as well as, at times, such a source of deep, self-forgetting happiness…

Perhaps there is a parallel between the artist wrestling with his medium, bending it to the shape he seeks, and a dharma practitioner wrestling with the equally intractable medium of the “self,” which she strives to see for what it is.

But if artists are seekers, they need not be finders. Art is fuelled by dissatisfaction. Even when it aspires to realize things sacred, art is inspired as much by the failure to attain transcendence as by the transcendent itself. As T. S. Eliot wrote, “the more perfect the artist, the more completely separate in him will be the man who suffers and the mind which creates.”

Disentangling the insights of art from the artist’s ego is no easy business. Great poems, for example, may express deep truths of our experience, yet their creation may involve flying in the face of those truths. Robert Frost, whose poems are full of wisdom, lobbied the literary power-brokers of his day with a zeal we might find shallow and distasteful. I don’t care if they like my poems, he said, just so long as they give me the prizes. Four Pulitzers, and he still wasn’t satisfied. While writing Anna Karenina, a book that contains some of the greatest passages about spiritual experience to be found anywhere, Tolstoy had a nervous breakdown. When he writes of Levin’s period of despair, he is describing his own struggle with depression. But far from diminishing Tolstoy’s spiritual greatness, this only exemplifies it.

Art can be a kind of training—in resilience, in feeling more deeply, in waking to a broader kind of life. Artists try to express the dramas and stories of the self, and find some kind of resolution within them. Like dharma practitioners, artists must, at least in their own way, take up what the 13th-century Zen master Eihei Dogen called the study of the self. And if we are to understand how Zen and art might inform one another, perhaps it is to the self and its study that we should turn. 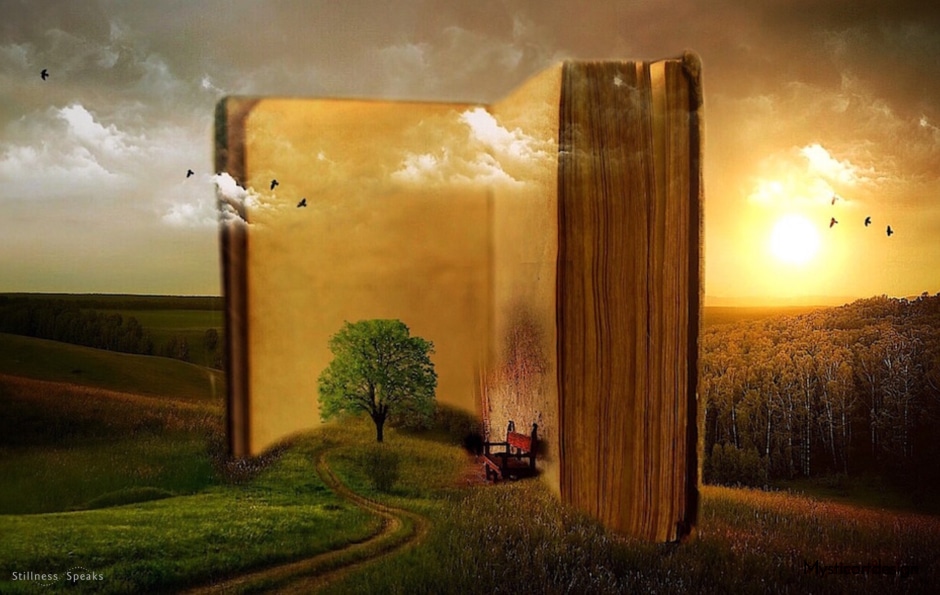 In his 1996 article “The Creative Personality,” the psychologist Mihaly Csikszentmihalyi (pronounced “CHICK-sent-mehigh- ee”) suggests that creative people live in tension between opposing impulses and traits. Whereas most people can be readily categorized as extrovert or introvert, for example, creative people are more likely to be both. They tend to have stronger libidos, yet engage in periods of sexual abstinence; to be divergent and convergent thinkers; to be highly energetic yet at times deeply idle; and so on.

In Csikszentmihalyi view, this complexity is a very good thing in that it can lead to exceptional creativity. But it’s harder to live out; there are more contradictions to manage. This certainly makes sense when we apply it to those artists whose work graces and illuminates our lives but whose own lives are so deeply troubled. It also might shed light on something we in the Buddhist community have come up against repeatedly over the years: talented and creative teachers can in the lives they lead significantly contradict the values they transmit. Creative people, in any walk of life, are complex and contradictory, and that is not an easy thing to be. 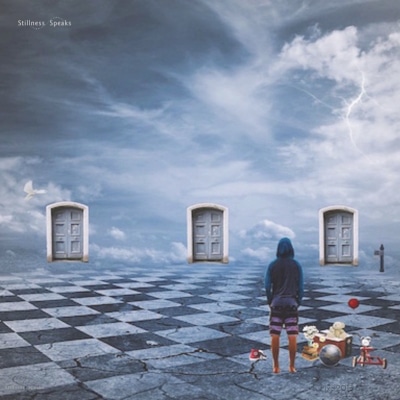 It seems natural to see the study of the self as solely a psychological or spiritual matter. Self-experience is so close at hand that it is easy to assume that people at different times and in different cultures have experienced the self, at least in its general characteristics, the same way. But the historical and anthropological evidence is that they don’t. The self as constructed within a Japanese feudal framework, for example, will have been different from that in a 21st-century American framework.

In the case of the contemporary West, much that is distinctive to our sense of self seems to have first developed in the course of the Renaissance. Chaucer wrote out of the very soil of medieval society, mocking it, rocking it, but never doubting that he was of it. With Shakespeare we see the emergence of a deeper existential separation, and in Milton the poet is already morphing into the spiritual solitary, a lone wolf at odds with his day. In the Romantic period 150 years later, Shelley would deplore the fact that poets were “unacknowledged legislators to the world”—they stood alone like biblical prophets, seeing the truth the rest of society was blind to. 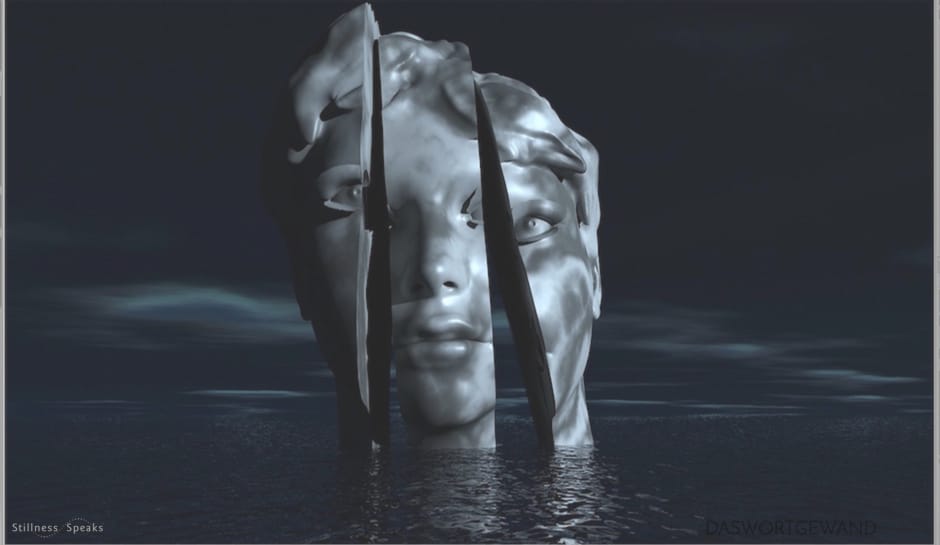 The sense of self was further changed by urbanization and the Industrial Revolution. Broadly speaking, its evolution, according to psychological anthropologists, has been toward ever greater individuality and interiority, which come at the price of ever greater alienation. The essential inner conflict of a highly individualized self—the conflict between its inner freedom and its acute separateness—is perhaps experienced more intensely by sensitive people, including artists. Indeed, the intensity of this inner conflict may be the very thing that makes a person an artist.

But every era constructs its own history, too. History is a mirror we look into in order to see ourselves; it evolves as we do. The fundamental existential experience that produces our kind of artist is generated by our particular kind of “self.” It affects how we experience art, and what we need our art to be and do. The same holds with our Buddhism. It has suited many contemporary Westerners to construe Zen as secular and closely allied with the arts. But when we compare our art with that of medieval Asia, and believe we are expressing the same insights, that may be a piece of historical sleight of hand.

Stay tuned for Part 4 of Zen and the Art, coming soon.