Peaceful: An Invocation from the Vedas

Stillness Speaks is an ever open door to “glimpses of eternity” … an endlessly flowing “river of wisdom-waters” … So, this work keeps us immersed in the Mystery for which we are most grateful. It brings “illuminating gifts” – continuously – in the form of either reminders via some new wisdom “gems” or nourishing engagements, or depthful encounters (some, surprising at times), … and, of course, lot more.  In the ever-evolving explorations of Consciousness, sometimes new content “simply shows up” – magically – while some other known material is being explored … and that’s how this wonderful book by Andrew Harvey came into our awareness, recently ….

The book is an excellent “anthology of the most lyrical, passionate, illuminating writings of the Hindu mystical tradition …” … Andrew’s own words (from the Introduction) are best to get a summary-sense of the book: 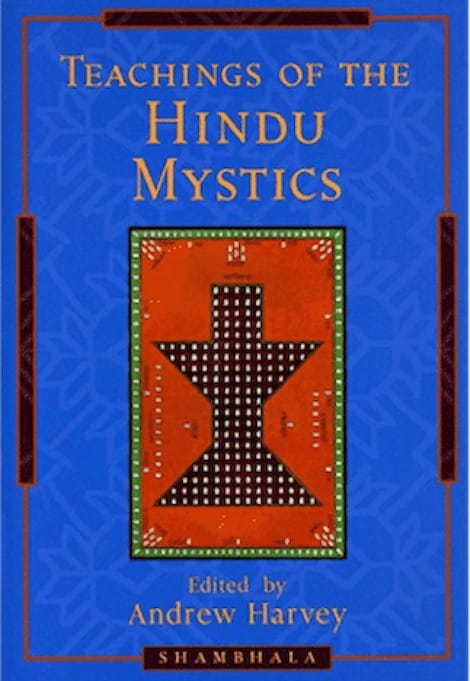 “MAX MÜLLER, the pioneering Indologist of the nineteenth century, wrote, “We all come from the East and in going to the East everyone ought to feel that he is going to his ‘old home’ full of memories if only he could read them.” Those words have a specially poignant meaning for me, since I was born in India of parents who themselves were born in India, spent the first nine years of my life there, and have returned as often as possible since, always to try and drink deeper from the still-living springs of its ancient passion and wisdom. The texts that I am offering in this anthology have been intimate companions for many years; India, in all its faces and powers, has been at the core of my life and search. India is, and always will be, the “old home” of my heart and of my soul. …”

Later in the same introduction, Andrew adds : “… Moreover, the different schools of Hinduism—while they may disagree even within themselves on such seemingly crucial issues as the nature of absolute reality, the status of the individual self, and the reality of the world—all derive their authority from the most ancient body of texts, the Vedas, which contain not only the great hymns of the Rig Veda (which begin my anthology) but also the Upanishads, the multifaceted core of Indian mysticism.

While there is no one “exclusive” dogmatic Hindu tradition, then, there is, very definitely, a spirit of inquiry and of revelation that is so consistent that we find one of the greatest of modern Hindu mystics, Ramana Maharshi, speaking in ways and with images that echo exactly the terminology of the anonymous seers who wrote down the Upanishads more than two thousand years before him.

It is this consistency that gives the Hindu mystical tradition its timeless purity, weight, and grandeur. It is as if one eternal voice is speaking in and through a myriad different voices tirelessly exploring different registers of its own majestic range, as if all the tradition’s poems and meditations and philosophical texts are, as Zaehner once said to me, “different-shaped peaks in one vast, grand, interconnected mountain chain, like the Himalayas.”

What I have wanted to do in this anthology is to honor this consistency of vision and to present it in the way most relevant to all seekers on all paths ….”

We’ll be digging deeper into Andrew’s work in future … but for now here’s a wonderful reminder on peace through a verse from the Vedas aptly titled Shanti which means peace.

Peaceful: An Invocation from the Vedas 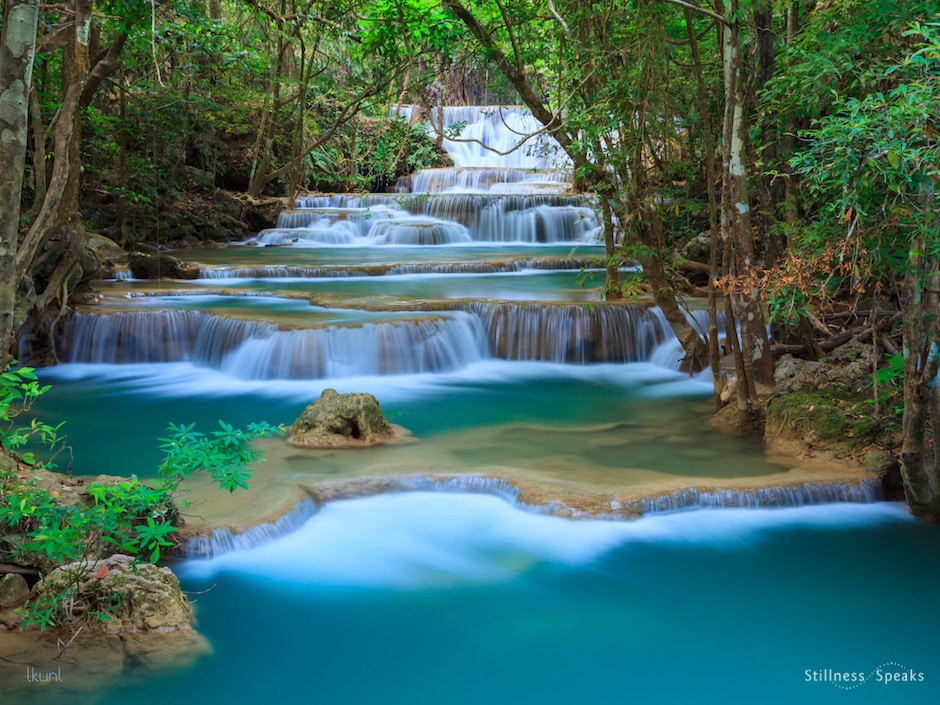 This supreme Goddess, Word, inspired by Brahman,
by which the awe-inspiring is created,
through her to us be peace!

This supreme Spirit, inspired by Brahman,
by which the awe-inspiring is created,
through it to us be peace! 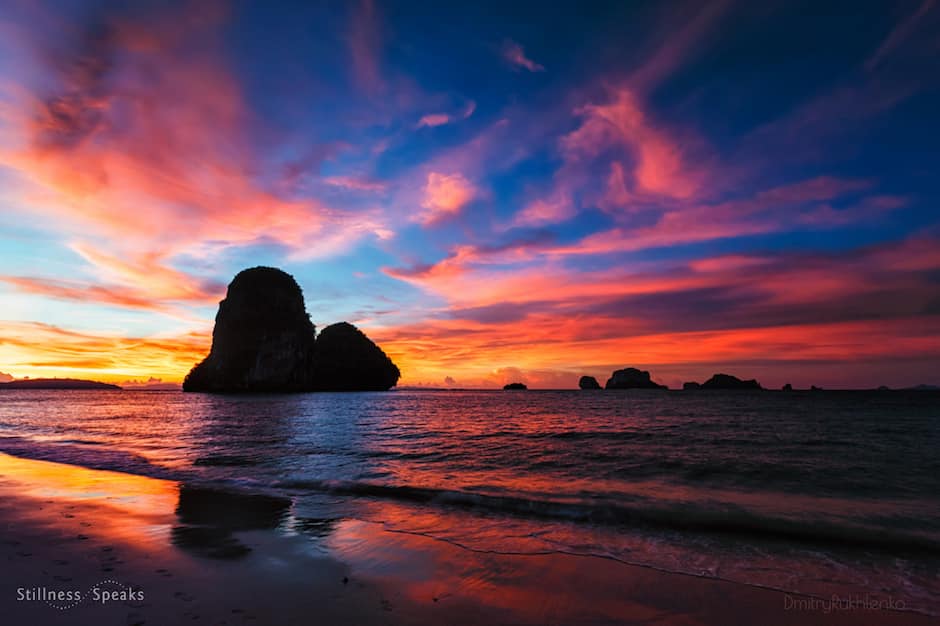 These five sense organs, with the mind as the sixth,
within my heart, inspired by Brahman,
by which the awe-inspiring is created,
through them to us be peace!

Peace be to earth and to airy spaces!
Peace be to heaven, peace to the waters,
peace to the plants and peace to the trees!
May all the Gods grant to me peace!
By this invocation of peace may peace be diffused! 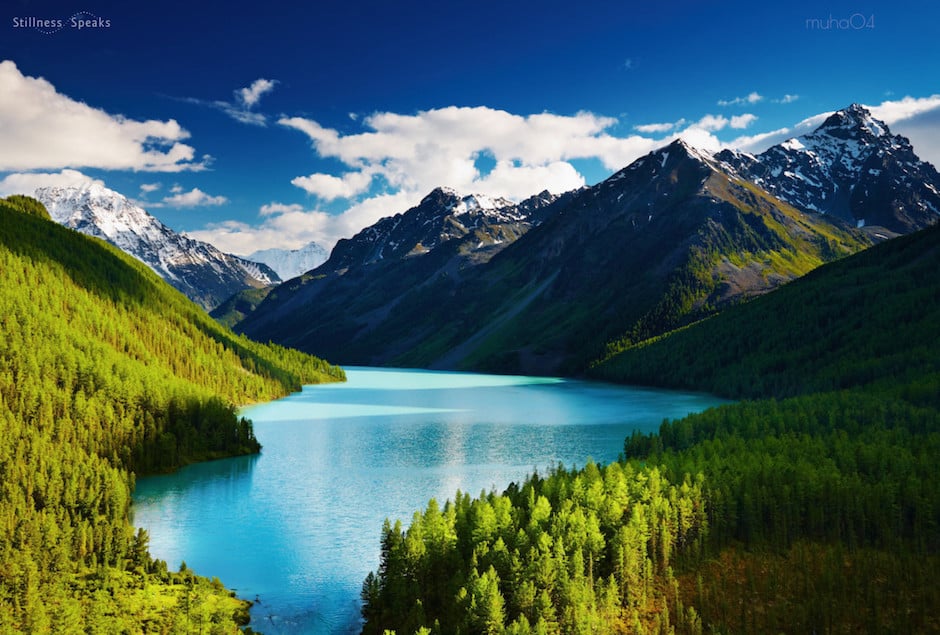 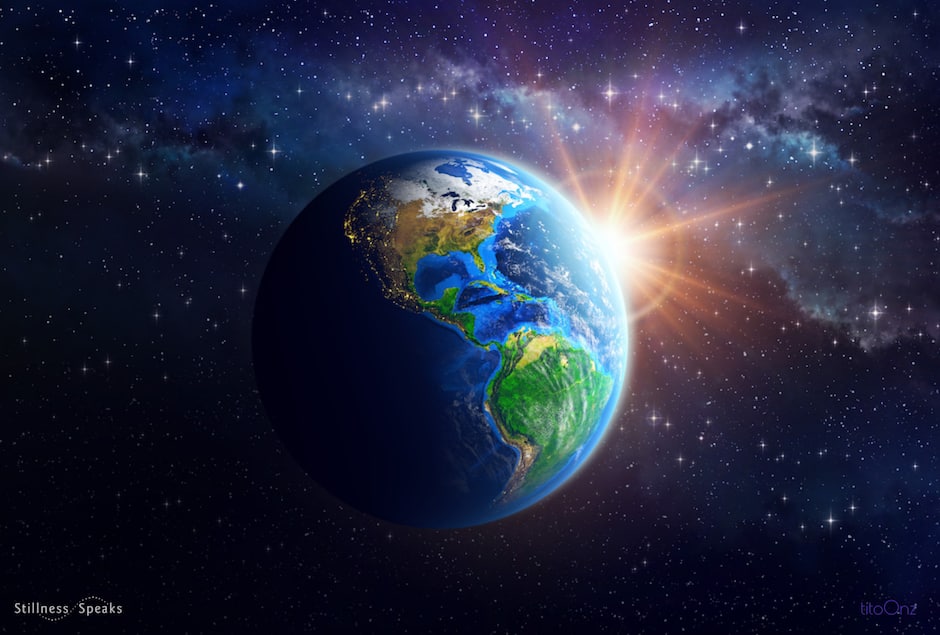 Above Verse/Poem and all italicized text is from Teachings of the Hindu Mystics, edited by Andrew Harvey.

Images: (edited and logo added): Featured and 1) Reflection Canyon and Navajo Mountain at Sunrise Panorama by kwiktor,  2) Deep forest Waterfall in Kanchanaburi, Thailand by lkunl, 3) Sunset on Pranang beach. Railay, Krabi, Thailand by DmitryRukhlenko, 4) Mountain Lake by muha04, 5) Planet Earth in outer space by titiOnz. All purchased from depositphotos, for use only on our website/social channels (these images are not permitted to be shared separate from this post).