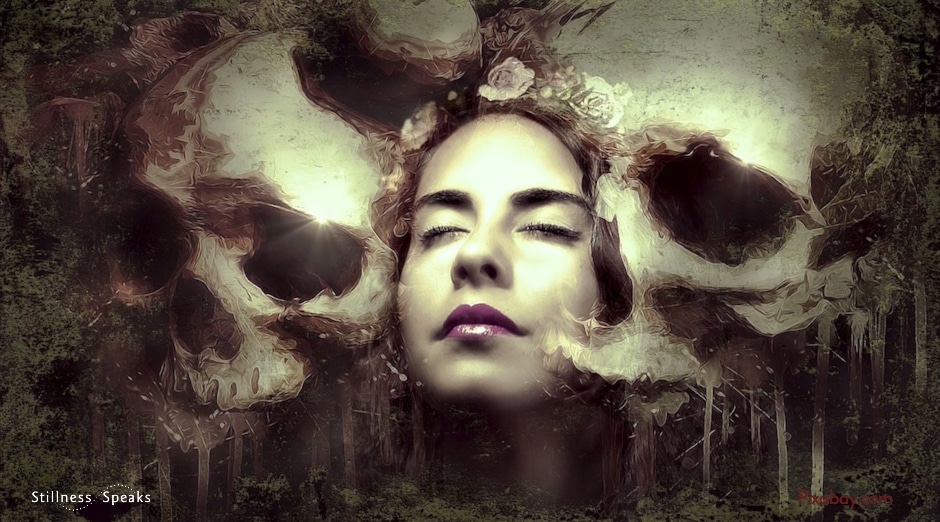 Stillness Speaks is pleased to offer the fifth chapter, Five Hallmarks of Universal Non-dualism, from  Philip Renard’s book Non-Dualism: Eastern Enlightenment in the World of Western Enlightenment which provides an in-depth exploration of non-duality. Philip has graciously offered us a PDF of the Five Hallmarks of Universal Non-dualism chapter from this book. Download the Chapter here. Unless otherwise referenced all quoted material (in italics) in this overview is from Renard’s Chapter.

Renard begins by introducing the five hallmarks and specifies how non-dualism is unique. 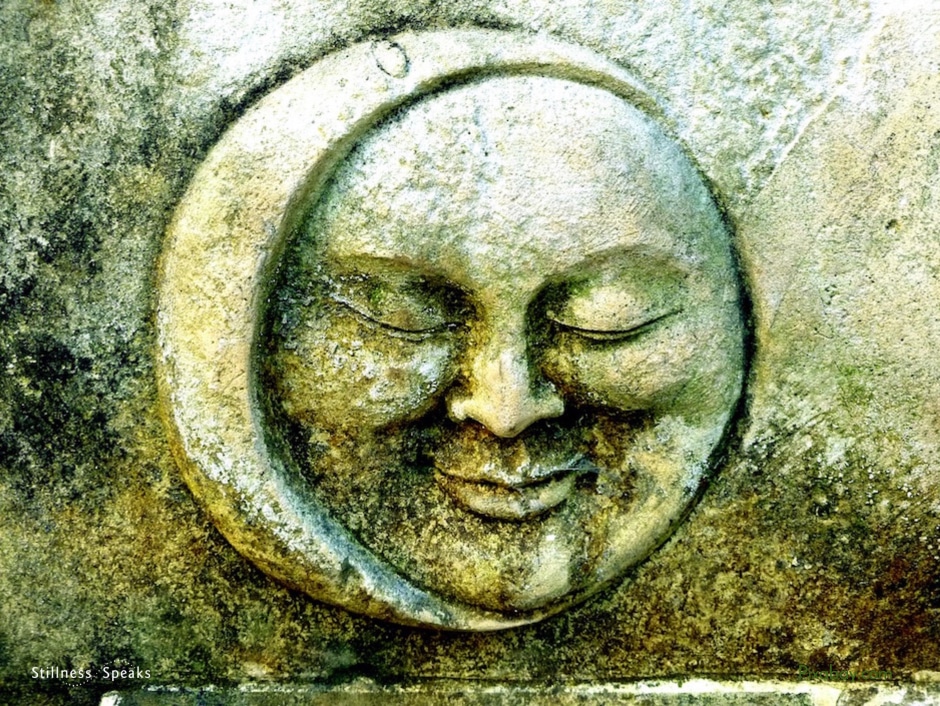 The first is paramount; the other four are inextricably connected with it… This list is of course for temporary accentuation only. In reality there is no clear demarcation between the characteristics – naming one immediately evokes the other, as will be seen in a number of quotations..

Renard stresses that the non-dual vision is only possible with acute awareness. The following quotes from the chapter illustrate the fundamental position of awareness.  Renard pulls examples from various non-dual traditions…

The first characteristic, which you could call the basic principle of non-dualism, is the total emphasis in all expressions of non-dualism on awareness, consciousness, direct knowing and understanding. It refers to the primary fact of life, the fact that you are. ‘You are’, that is to say you are conscious. Everyone knows that he is, that he exists. 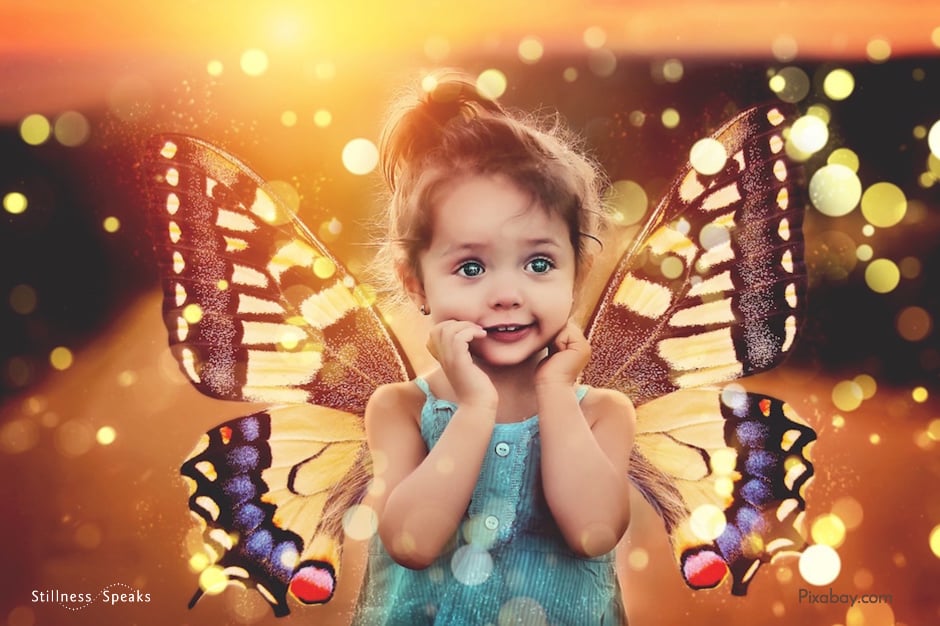 Renard turns to Shankara, the founder of Advaita Vedanta for support….

“And it is not possible to deny such a Self; for it is an adventitious thing alone that can be repudiated, but not so one’s own nature. The Self constitutes the very nature of the man who would deny it.”

Webster’s New World Dictionary defines consciousness, “the faculty of knowing what effects or what goes on in one’s own mind; immediate knowledge”.  Renard notes in daily use the term ‘consciousness’ is mostly applied in combination with something else, to indicate that you are conscious of something.

In non-dualism the invitation is made to cease overlooking this, and to notice consciousness itself, to recognize that you are this consciousness, consciousness that precedes any form, any particular colour….all there is, everything that manifests itself can only manifest itself thanks to that which we call ‘consciousness’ or ‘awareness’. All form existing in the world exists in consciousness. All degrees of good and evil, all experience of freedom and lack of it exist entirely in consciousness. 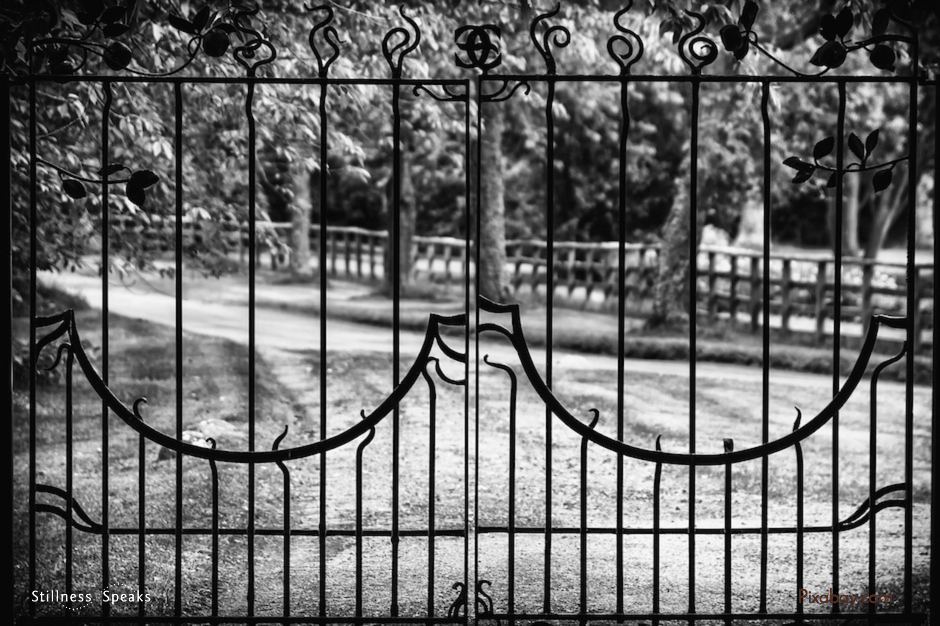 Renard refers to the Tibetan Dzogchen text Self-Liberation Through Seeing With Naked Awareness to illustrate the link between mind and immediate awareness….

“To desire something other than this is just like having an elephant (at home), but searching for its tracks elsewhere. (…) Similarly if you do not understand that everything derives from the mind, it will not be possible for you to attain Buddhahood. (…) By not seeing that your own mind is actually the Buddha, Nirvana becomes obscured.”

“From the higher perspective of the great perfection (Dzogchen), all views and meditations of these other approaches are considered to be for the spiritually undeveloped, for whatever is done misses the point, in that the essence of awareness is not perceived.”

Next, Renard turns to Ch’an Buddhism for ‘radical non-dualism’ with Hui-neng’s accent on seeing (chien) your true nature (hsing), the direct recognition of yourself, of your mind. By bringing recognition or insight… into the centre of attention, he brought about a shift of emphasis, away from a climate of meditation only… He emphasized the unity of the two, insight and meditation. 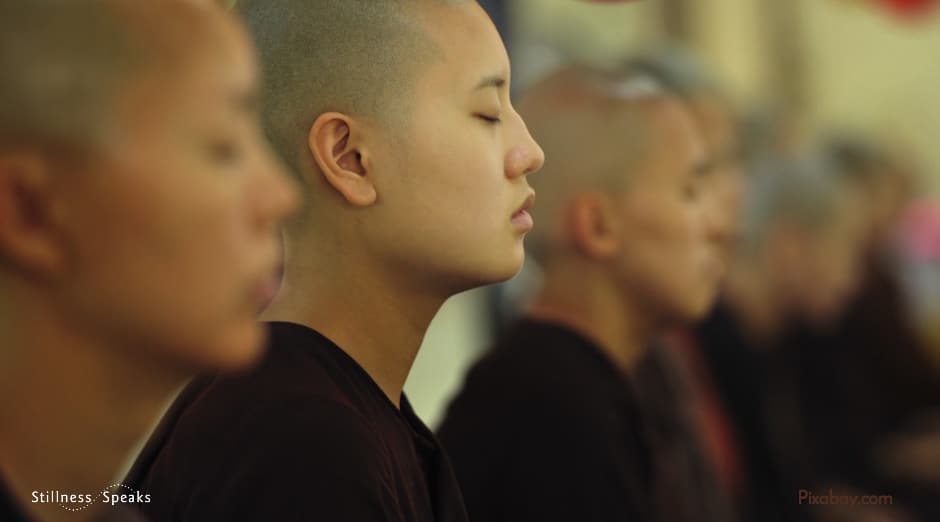 Next, Renard looks at the second characteristic, that of ‘no-mind’ a term introduced in the West by Daisetz T. Suzuki,  ‘No-mind’ means mind ‘empty of concepts’. You could even use ‘non-conceptuality’ as synonym for non-duality. ‘Concept’ is used here as a term for any form that our thinking can take, for all our knowledge.

Concepts are points of limitation, leading to separateness and bondage. We easily mistake the concept for reality.  Emptiness is without concepts, and it’s without past or future. It simply is, now.

Every concept is a limitation, and Reality is unlimited. Every form that arises is ‘empty’ with respect to the realness of its separate existence. Recognition of this aspect of emptiness and conceptlessness gives clarity on the true nature of all phenomena, including ‘yourself’ as personality. What is important is to see that in fact all phenomena are without a past, they are always beginning right now, and therefore immaculate and new. They are already flawless, so there is no need to go back to some ‘flawless beginning’. You are bound to nothing. 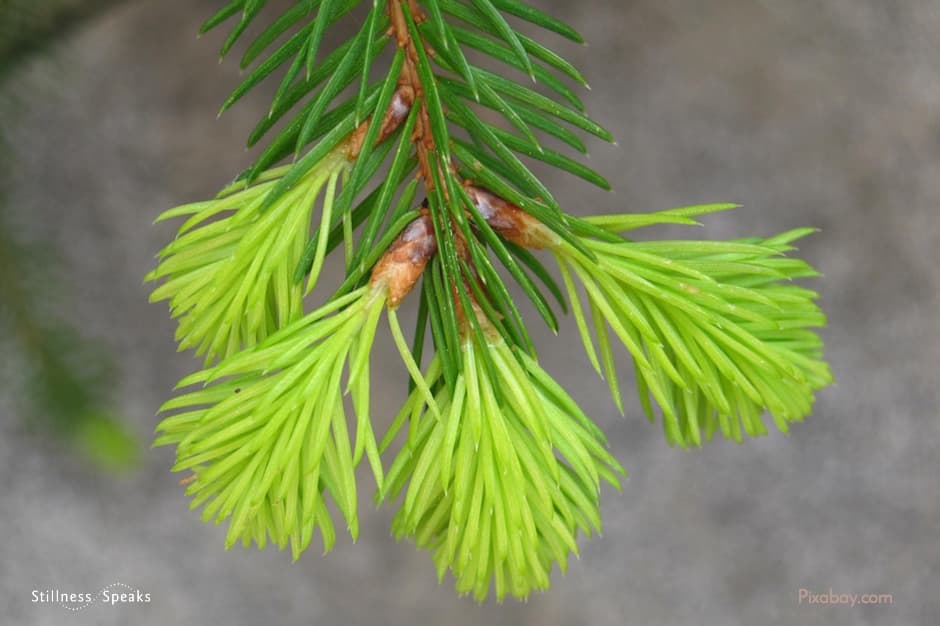 The Buddhist emphasis on emptiness is also an aid in avoiding certain traps in the language of Advaita Vedanta. There are elements in the Vedantic language that tend to make from matters like ‘the Absolute’ and ‘the Self’ a substantial entity, some sort of ‘Highest Entity’. Nisargadatta Maharaj understood this very well, and therefore even made conceptlessness the trademark of his teaching. For example, one of his many statements on this essential point is: “It is a very complicated riddle. You have to discard whatever you know, whatever you have read, and have a firm conviction about That about nobody knows anything.”

Stay tuned for Part 2 — Exploring the immediate, changeless and natural is coming soon.

Images: (all edited and logo added) 1) Composing by kellepics  2 and featured) Sun-Moon by Cairomoon 3) Child by 5arah 4) Goal by Tama66  5) Meditation by maxlkt 6) Fir Drove by ASSY.  All images CC0 Public Domain from Pixabay.com