Radical non-dualism non-separation is the basic-premise of existence, the inherent element of it – hence the expression ‘the natural state’. ~ Philip Renard 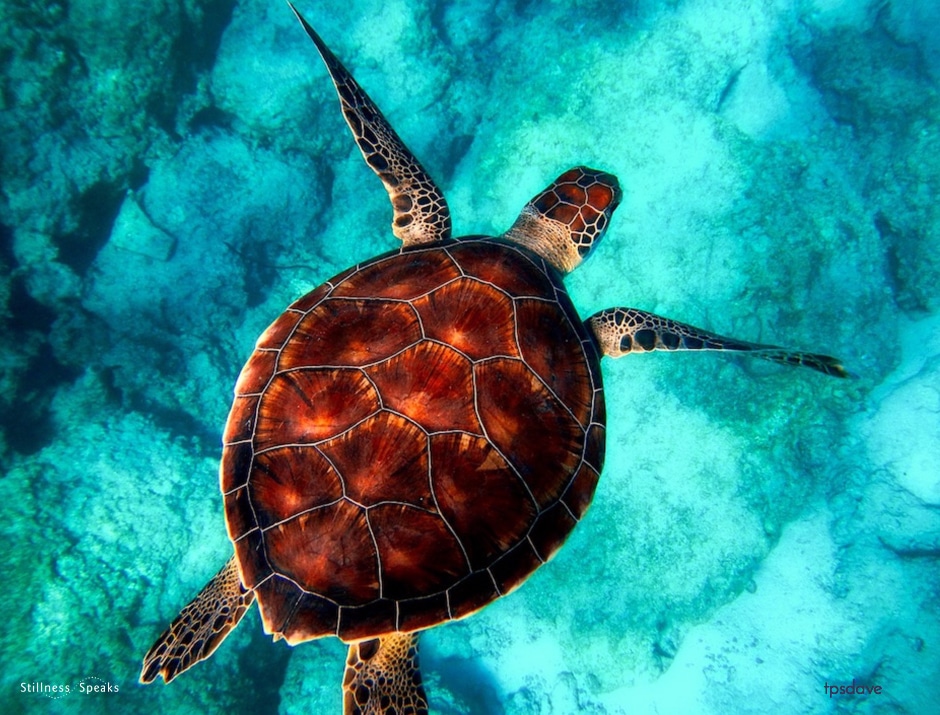 Stillness Speaks is pleased to offer the first chapter, What is Non-dualism from Philip Renard’s book Non-Dualism: Eastern Enlightenment in the World of Western Enlightenment which provides an in-depth exploration of non-duality. Philip has offered a PDF of the What is Non-dualism? chapter from this book. Download the Chapter. Unless otherwise referenced all quoted material (italics) in this post is from Renard’s Chapter. In Part 2, Philip Renard continues his penetrating discussion. If you missed it, read Part 1.

The Two Levels of Truth

How do we understand the paradox of non-separateness? How does the experience of being separate and non-separate co-exist simultaneously? To address this sticky question, Renard relates the concept of ‘two levels of truth’ which was first developed by Nagarjuna, the second century Buddhist teacher and further developed by classical non-dualistic schools. The two levels of truth…..

Level 1, non-separation is called Absolute Truth (Paramârtha Satya): everything is just as it is, with no relationship or comparison to anything else. Thinking can do no more here, there is nothing left to classify or separate.

Level 2, multiplicity and possibly of separation is called relative or conventional truth (samvriti satya): everything is dependent on all sorts of factors, including the way something is looked at. Nothing exists independently 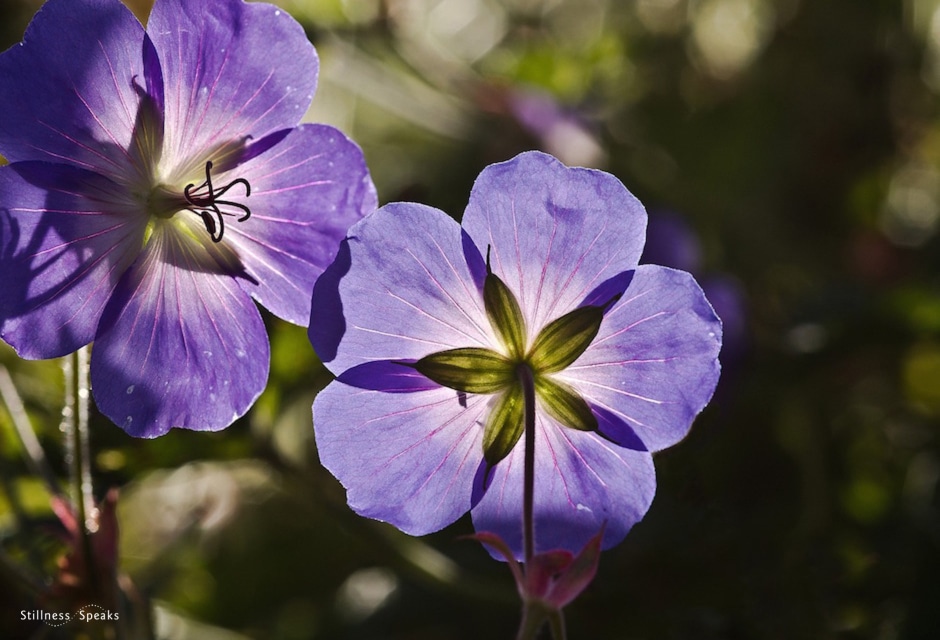 Nagarjuna, expressed the importance of this view:

“Those who do not know the distinction between the two truths cannot understand the profound nature of the Buddha’s teaching…Without relying on everyday common practices (i.e. relative truths), the absolute truth cannot be expressed. Without approaching the absolute truth, nirvâna cannot be attained.”

Shankara, the eighth-century founder of the Advaita school, described Reality (the first level) as that which always is. Something can only be called ‘real’ when it is never absent, never ‘not real’. Something that comes and goes, that is present only occasionally (the second level), Shankara referred to as mâyâ: illusion or suggestion. 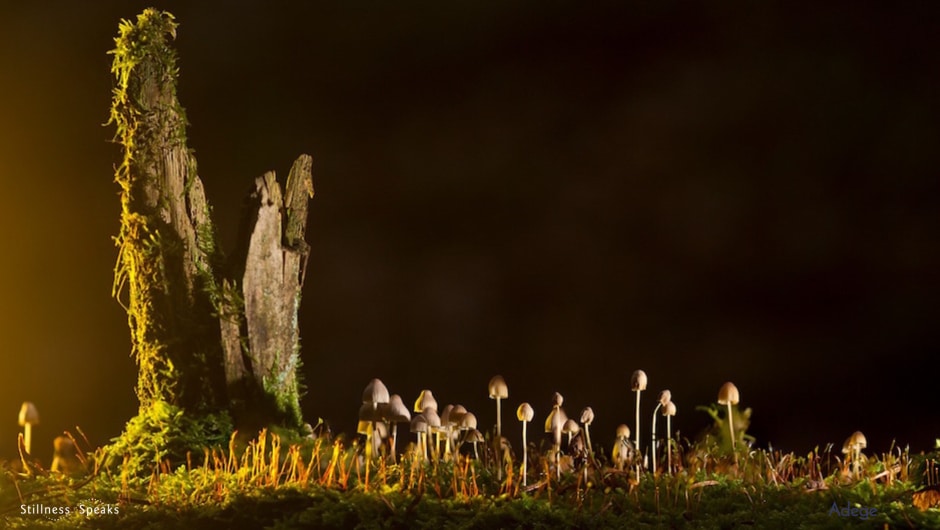 The Shuffle of the Two Levels

“You loved God and the world but then your braces snapped
you opened your arms wide to embrace the All
but wasn’t there a sudden resentment on your face
whilst your neighbour’s phonograph began to wail?” ~J.C. van Schagen

This Dutch poem describes the situation. So what do we do? Renard says we must avoid the temptation to reduce what happens on the relative level to mere illusion which has tempted many seekers to use this as a method to cover their difficulties.

Reality can have the effect that difficulties in life, though indeed experienced as difficult, are dismissed under the motto ‘oh, it’s just illusion’ – in other words, nothing to bother yourself about. In fact, this is usually the result of shuffling the two levels which happens quite often within circles of spiritual seekers. 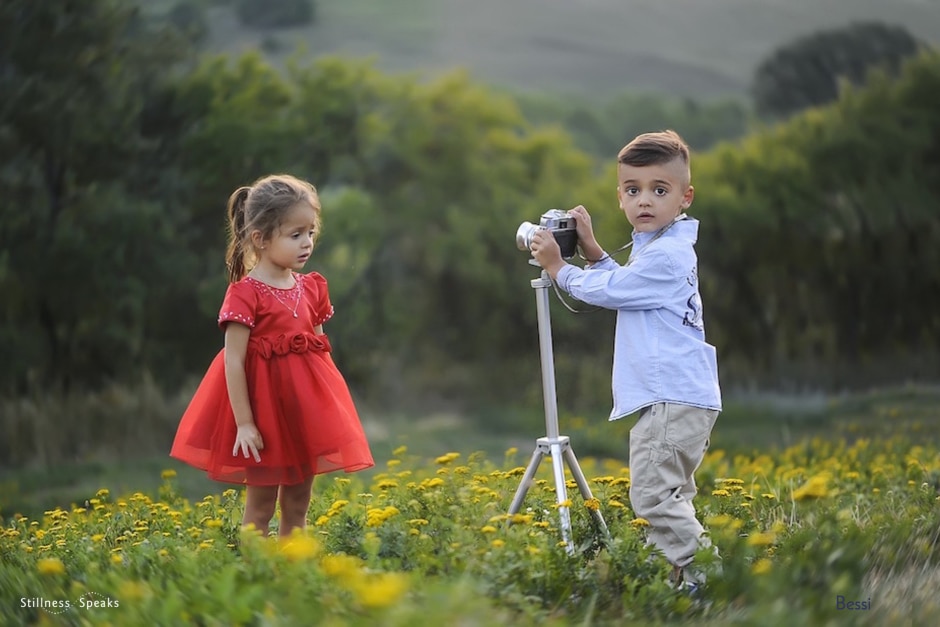 Purely on the level of Ultimate Reality, personal aspects such as relational problems, diseases, tension, etcetera are indeed without an independent reality of their own: on that level, these become, as it were, ‘outshone’ whereby everything is recognized as light.

However, this does not mean that on the second level, that of relative reality, these do not make up an actual part of daily life, this implies that these personal complications indeed require attention and care.

Renard goes on to talk about the qualities of perfection and amorality which we frequently and unconsciously project onto others.

This inherently present (and intuitively felt) perfection is then desired in manifest form and so all sorts of misplaced interpretations occur such as ‘holy’ (read: cramped) behaviour, sexlessness, suppression of feelings, pretentiousness and arrogance. 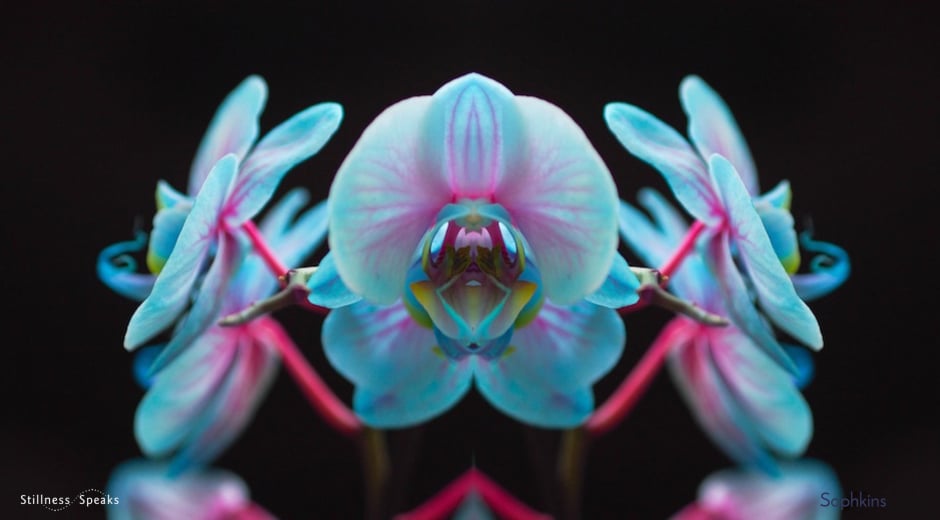 Amorality is more or less the opposite of the projection of perfection: you could describe this amorality as strategically embracing the imperfect. On the highest level of non-duality every difference is resolved, hence also between good and evil. Regretfully however, the intellectual understanding of this penetrating truth sometimes leads people to misconduct, their misconduct condoned by referring to the ‘non-existence’ of evil.

Kennard Lipman, an American translator of Dzogchen texts wrote the following practical and helpful approach to the two levels:

“To begin with, an individual who has realized this reality must directly introduce you to your natural state. In Dzogchen the introduction to the natural state could be compared to a light being suddenly turned on to reveal our entire being – both its absolute and relative aspects. With the light on we can clearly see our natural state and how it manifests, as well as the temporary obstacles to its total manifestation. (…) But turning on the light does not automatically eliminate the obstacles inherent in our relative condition: our health; childhood development; unproductive patterns of thought, feeling, and behaviour; financial status and position in society; whatever we think we are and do. If not attended to, all these can create obstacles in any phase of the way.”

Renard concludes, true non-dualism, undivided being in itself, indeed turns out to be a way to avoid nothing and to deny nothing. 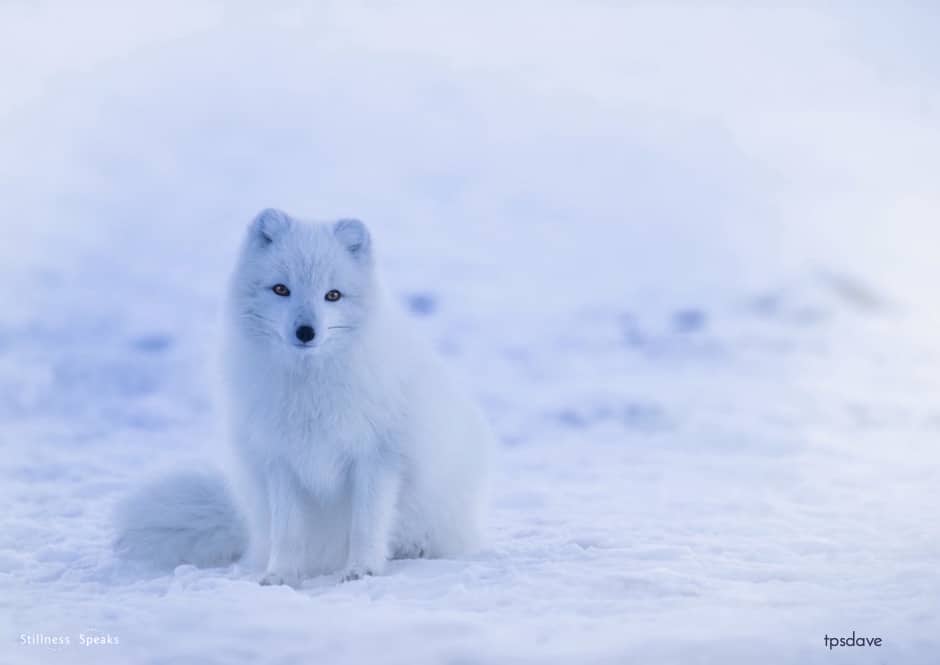 Is this the same as Mysticism or Monism?

In this final section, Renard compares and contrasts mysticism with non-dualism (of monism). He declares that to some extent mysticism includes some elements of non-dualism, but not fully. Mysticism is a broad term which is found in most religions and cultures and generally has a yearning for unification. Renard believes that non-dualism is more precise.

Radical non-dualism non-separation is the basic-premise of existence, the inherent element of it – hence the expression ‘the natural state’.

The New Oxford Dictionary defines mysticism as: “Belief that union with or absorption into the Deity or the absolute, or the spiritual apprehension of knowledge inaccessible to the intellect, may be attained through contemplation and self-surrender.”

Non-dualism is not a belief in the achievement of something, but the immediate awareness of being not separate right now. Moreover, in mysticism there is often talk of ‘mystical experiences’. Experiences have a beginning and an end and therefore in non-dualism there is not so much importance attached to experiences. 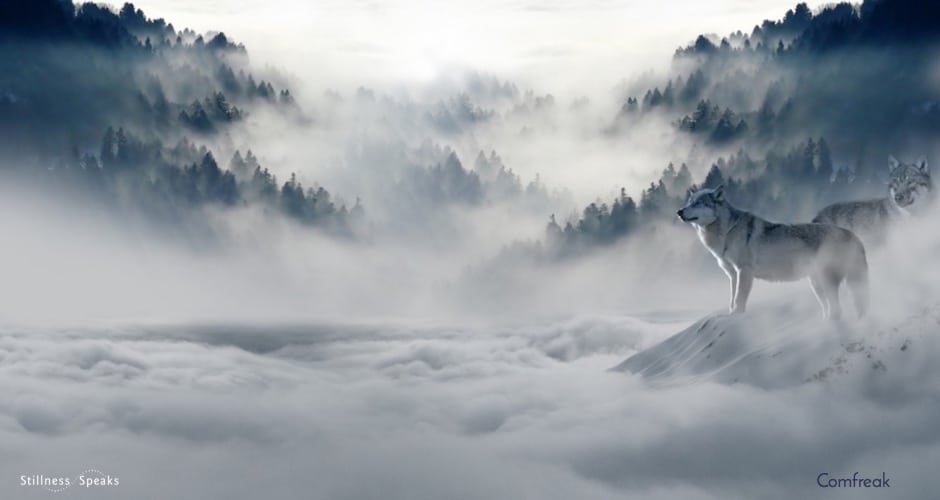 I still think the term ‘non-dualism’ is the best term for expressing this being not separate…’Non-dualism’ is a literal translation of the Sanskrit word a-dvaya (and its relative a-dvaita), from a- ‘not-’ and dvi, ‘two’. The negative formulation seems to be the only way to indicate that it cannot really be defined: in any case it is not two, not a multiple, not a division, and yet it does not define what it actually is.

Renard brings in the term ‘monism’ which is used as ‘non-dualism’. The New Oxford Dictionary, which does not define non-dualism, defines ‘monism’ as: “The doctrine that only one supreme being exists.” Indeed, also in non-dualism it is said that there is only one supreme being: be it Consciousness or Knowledge itself. But because this ‘being’ has no object-value it is not possible to consider this as ‘existing’, and also not as ‘one’.

Often, definitions of the “One” are actually dualistic:

‘The One’ is often perceived as ‘High’ or ‘the All Good’, through which a certain quality is linked to the Quality-less – and this is exactly what is ultimately dualistic. The characteristic of That which can never be objectified, which is indescribable, is exactly that it is not a definable quality. 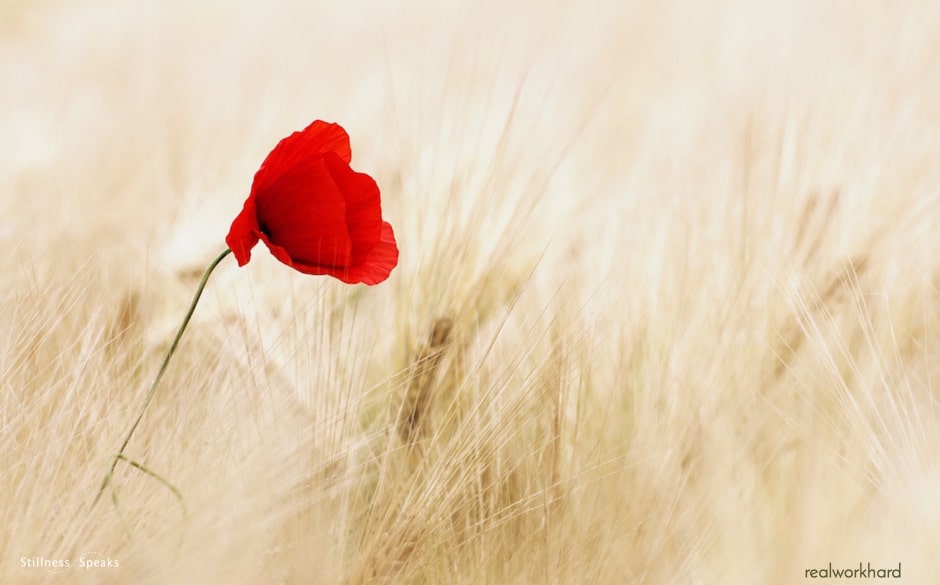 “It is hard to see how it is possible that evil is grounded in God while God is all good.”

The term ‘non-dualism’ reflects that it is simply impossible to describe what Reality is and therefore a positive formulation really is not appropriate. Monism indicates that all is ‘one’ – as though you know what that is.

The awareness of having no knowledge of the Unknowable demands the use of a negative term. For this reason you could also refer to non-dualistic as ‘non-conceptual’, not to be grasped in any concept.

Renard closes the chapter with a brief history of ‘non-dualism’ in the west: The understanding that non-dualism…exists in Mahayana Buddhism only started to filter through to the West in the course of the twentieth century, partly due to the work of D.T. Suzuki. The Anglo-American writer Alan Watts has repeatedly explained the distinction between non-dualism and monism, and probably has hereby become one of the major sources responsible for ‘non-dualism’ becoming the generally accepted term.

See Part 1 of Non-Dualism for a short “BIO” of Philip, excerpted from his website, in lieu of our Philip Renard Teacher page, which will be added shortly … and as is typical of our Teacher pages, it will provide a comprehensive view about Renard’s background, and teachings.