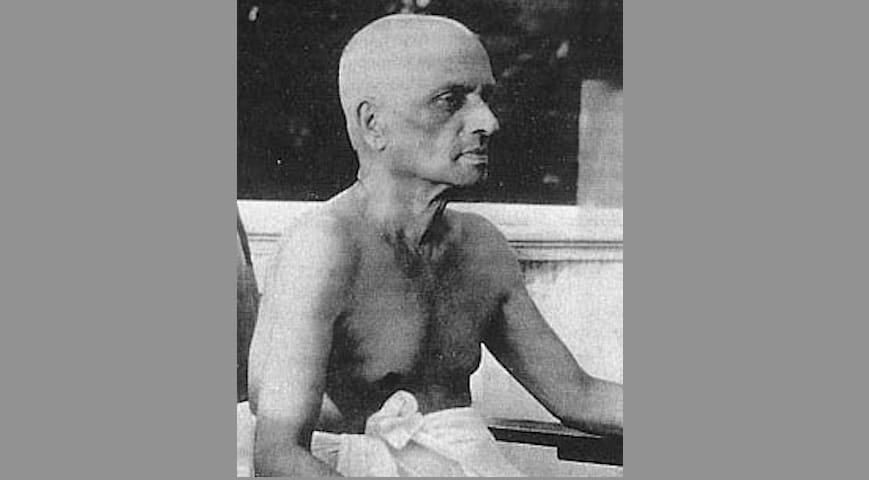 Many consider  Atmananda Krishna Menon one of the three titans of Twentieth Century advaita teaching; the other two are Sri Ramana Maharshi and Sri Nisargadatta Maharaj. He was unique in that he held a career as a legal advocate for the government and an Inspector with the police.

Born in 1883, it is said that Krishna Menon prayed incessantly throughout his life to meet a true satguru, an authentic teacher or enlightened rishi/saint. Eventually, this led to his first encounter in Calcutta with a Swami Yogananda, not to be confused with Paramahansa Yogananda, the Indian realized saint who introduced many westerners to Kriya Yoga and meditation.

He credited his professional career with helping him uncover Truth, in that the high level of activity offered the maximum temptations and obstacles. This is particularly significant to Western students, who live in a modern culture of distraction and temptation that is unequaled.

Sri Atmananda was an important influence on Jean Klein and consequently on Jean’s students, including Francis Lucille.

In an effort to offer a fuller body of work, we offer articles (downloadable PDFs) about Sri Atmananda, e.g., “Some Teachings from Sri Atmananda (Krishna Menon)“,  “Notes on Spiritual Discourses.” These are listed under the ARTICLES section in the Right Hand side bar of this page (under BOOKS).

The “Notes on Spiritual Discourses” is now also available for purchase as a 3 volume edition: Volume 1, Volume 2, and Volume 3.

Finally, StillnessSpeaks produced a DVD in which Greg Goode and Chris Hebard converse over 3 hours to extract Atmananda’s teachings on non-duality. This DVD, titled Illumination – The Direct Path of Shri Atmananda Krishna Menon, can be purchased at Amazon.