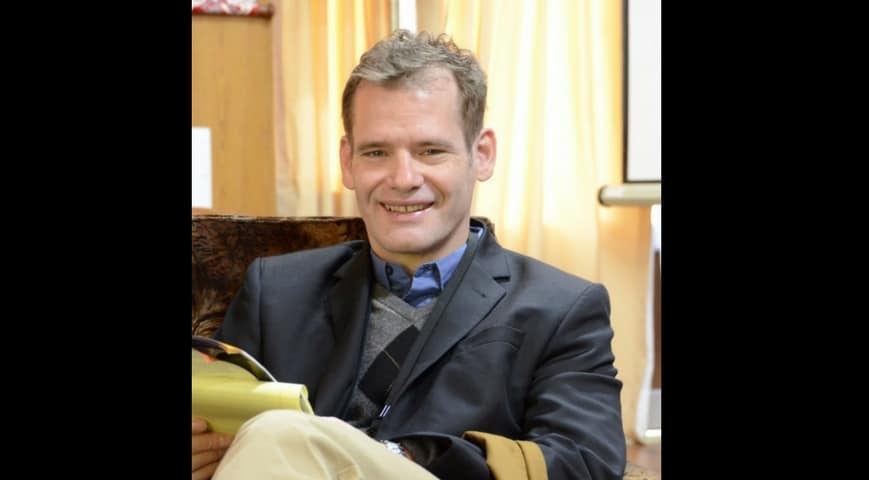 “The nature of this mind is luminosity.”  John D. Dunn (from Upaya Zen Center’s 2011 Zen Brain, as recorded by David Vago)

“What do we think of when we hear the word mindfulness? Does it change depending on the context? How has the term been understood in the past? Is its popularity significant to Buddhism’s future? John Dunne, associate professor of religion at Emory University and a fellow of the Mind and Life Institute, has both the technical Buddhist philosophical background and connection to contemporary scientific research exploring mindfulness necessary to address these questions.”    From Mandala, January-March 2014 online content.

John Dunne (PhD 1999, Harvard University) is now at the University of Wisconsin-Madison where holds the Distinguished Chair in Contemplative Humanities, a newly endowed position created through the Center for Investigating Healthy Minds.  He also holds a co-appointment in the Department of East Asian Languages and Literature and is participating in the creation of a new program in Asian Languages & Cultures. Previously he was an Associate Professor in the Department of Religion at Emory University, where he co-founded the Collaborative for Contemplative Studies.

John Dunne’s work focuses on Buddhist philosophy and contemplative practice, especially in dialog with Cognitive Science and Psychology. His publications appear in venues ranging across both the Humanities and the Sciences, and they include works on Buddhist philosophy, contemplative practice and their interpretation within scientific contexts. His current research focuses especially on the varieties of mindfulness and the contemplative theories that inquire into its nature.

John Dunne speaks in both academic and public contexts, and he occasionally teaches for Buddhist communities, most notably the Upaya Zen Center in Santa Fe. In addition to serving as a faculty member for the Center for Investigating Healthy Minds, he is a Fellow of the Mind and Life Institute, where he has previously served on the Board of Directors. Dr. Dunne also serves an academic advisor for the Ranjung Yeshe Institute.

You can further explore John’s work through the right side bar: video posts, books, articles, and more.

For more details about his teachings, visit John D. Dunne’s website. You can also watch more John Dunne videos in our library.