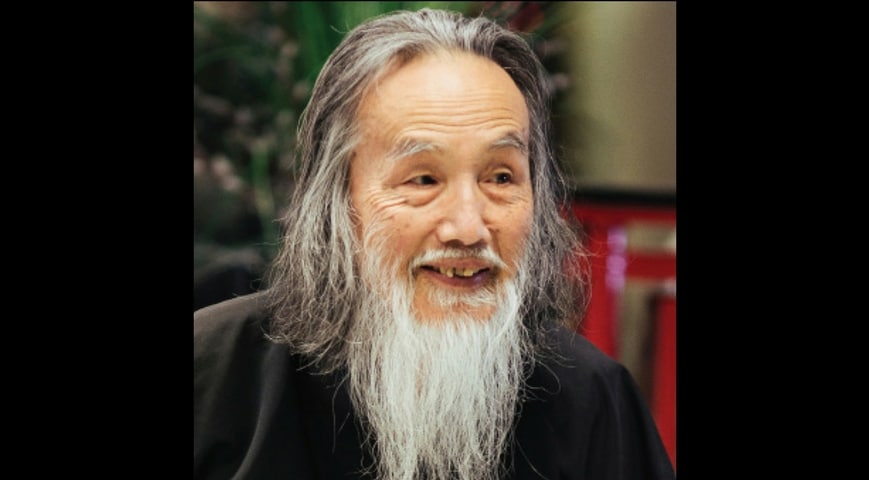 “If you learn to enjoy waiting, you don’t have to wait to enjoy.”
~ Kazuaki Tanahashi

Kazuaki Tanahashi has had solo exhibitions of his calligraphic paintings internationally. He has taught East Asian calligraphy at eight international conferences of calligraphy and lettering arts. Also a peace and environmental worker for decades, he is a Fellow of the World Academy of Art and Science.

“Kazuaki Tanahashi, born in Japan in 1933 and active in the United States since 1977, is an artist, writer, and peace and environmental worker. As a painter and calligrapher, he has been pioneering the genres of one-stroke painting, multi solo exhibitions of his brushwork worldwide and has taught numerous workshops, including at seven international calligraphy conferences. As a writer, editor, and translator, he has produced over forty books in English and Japanese. As an environmental activist, was the founding secretary of Plutonium Free Future. As a peace activist, he worked against the nuclear arms race and two Gulf Wars. He is currently the founding director of A World Without Armies. He is also a Fellow of the World Academy of Art and Science.

In my young days…

What if a super warrior had a clumsy student? After Japan’s surrender, everyone was confused, humiliated, and poor. Japan had been occupied by the Allied Forces. All the martial arts had been prohibited. An old man was growing rice and yams in a country village and was teaching an underground class of martial art in a small dojo surrounded by young pine trees. He had about five kids at the nightly training. That was the time when I studied with Morihei Ueshiba, the founder of Aikido. (We were a bunch of boys; no girls were practicing in the class—perhaps the only class of Aikido in Japan, that means in the world, that time. My brother Shigeyoshi and I were in the first postwar group of learners as my father had been previously a disciple of him.)

A thirteen-year-old boy who loved the dense smell of Western philosophy, I was not at all physical; every movement I made was destined to be chaotic. While my fellow students were beautifully thrown down by the master, I would cling to his arm so he had to shake me off.

After one of us was thrown down by Morihei and rolled on the wooden floor, he would kneel and keep him down with a little finger, making no effort whatsoever. Sometimes he sat on his knees and let all of us try to push him down, he was so relaxed with a smile and it was impossible to move him an inch however hard we tried. I had no idea how this short man with a white beard could do such a miraculous thing, and there was no clue for me to get the secret of the art.”
~ excerpted from Kaz’s website

“In Dogen’s writing, the practical instruction, philosophy and poetry are together in one voice.” – Kaz

In addition to his calligraphy and Zen teaching, Kaz is a world-renowned author and translator of Buddhist texts from Japanese and Chinese to English, most notably works by Dogen (he began his translation of Shobogenzo in his twenties). He first met Shunryu Suzuki in 1964, and upon reading Suzuki’s book Zen Mind, Beginner’s Mind he stated, “I could see it’s Shobogenzo in a very plain, simple language.” He has helped notable Zen teachers author books on Zen Buddhism, such as John Daido Loori. You can find his extensive work in Dogen translation through the right side bar under Books and Articles.

For more teachings please visit Kaz’s website where you can find his artwork, publications, and workshops.

And, you can watch more of Kaz’s videos in our library.

Below is a video of Kaz at Awake in the World, a free online event presented by Shambhala Mountain Online: