taoist way: ” … Wu-wei means always acting in accord with the pattern of things as they exist …” ~ Alan Watts 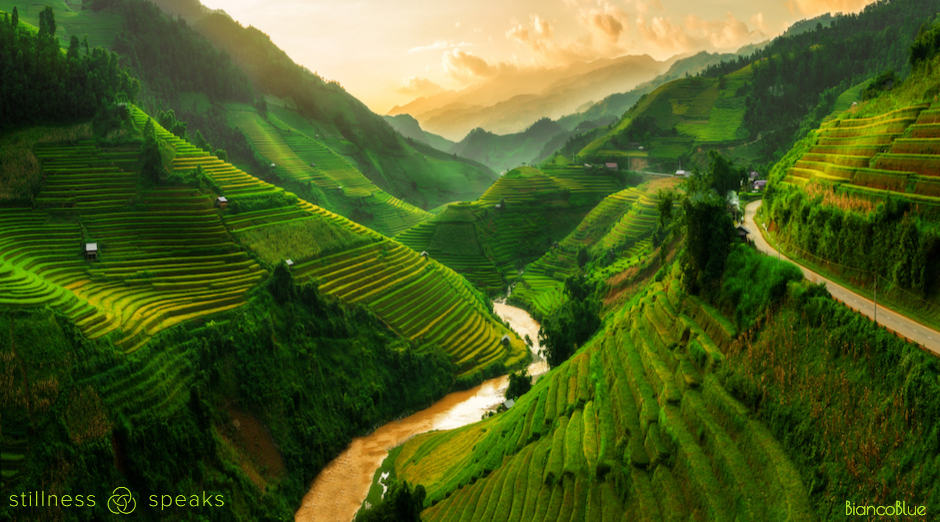 Or, as His Holiness, The Dalai Lama reminds us:

“… The most important question we can ask for a better world is ‘How can we serve each other?’ …” …

” … Empathy is the basis of human coexistence. It is my belief that human development relies on cooperation and not competition. That is scientifically proven …”  …

“… Our prime purpose in this life is to help others …”

Indeed, the above reminders about cooperation are simply the “modern day” underscorings of what can be found in every tradition e.g., Taoism … 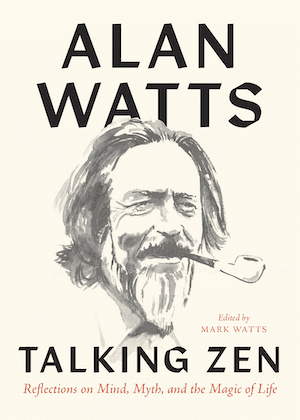 Alan Watts opening quote of this post is from his talk at a 1965 Esalen (Big Sur, California, USA) seminar on Taoism. That entire talk (the first session of the seminar) is captured in the chapter Taoist Ways … from his latest book Talking Zen: Reflections on Mind, Myth, and the Magic of Life  …

In this part 1, of a 3-part series (that offers the entire chapter), Alan talks about the principle of wu wei or “not forcing” which is the underpinning for cooperation : “… All interrelationships of nature … whether friendly … or conflicting … are actually forms of cooperation. This is called “mutual arising” …” …

Alan goes on to say that if you “… are able to act “without forcing,” your life is spontaneous, a life that is so of itself, natural, not forced, and not unduly self-conscious …”  – a powerful case for the importance of wu-wei!

Of course, Watts’ has written and spoken extensively on Zen and comparative philosophy … but this latest book is somewhat unique:

“… The following chapters present a synthesis of Alan Watts’ further explorations of Zen that have been adapted from spoken word archival recordings. This is not primarily an account of how Zen evolved but is instead a story of Zen in life, of insights, tales, and experiences as they were told by the author to live audiences over a period of nearly forty years. In selecting the lectures to be included I chose the talks that embodied the spontaneous and uncontrolled aspect of Zen most fully, and which left me with a compelling feeling that something extraordinary had happened. …” ~ from the Introduction by Mark Watts (editor of the book)

So, enjoy this post with Alan’s thoughts on the Taoist ways … including the importance of wu-wei …

And, click here to read the full Introduction and the 1st chapter Picture Without A Frame.

All italicized text here is adapted from Talking Zen by Alan Watts, © 1994 by the Alan Watts Electronic University. This edition published 2022. Reprinted in arrangement with Shambhala Publications, Inc. Boulder, CO. Shambhala Publications has also generously offered a free downloadable PDF of the Table of Contents (link is at the bottom of the post). 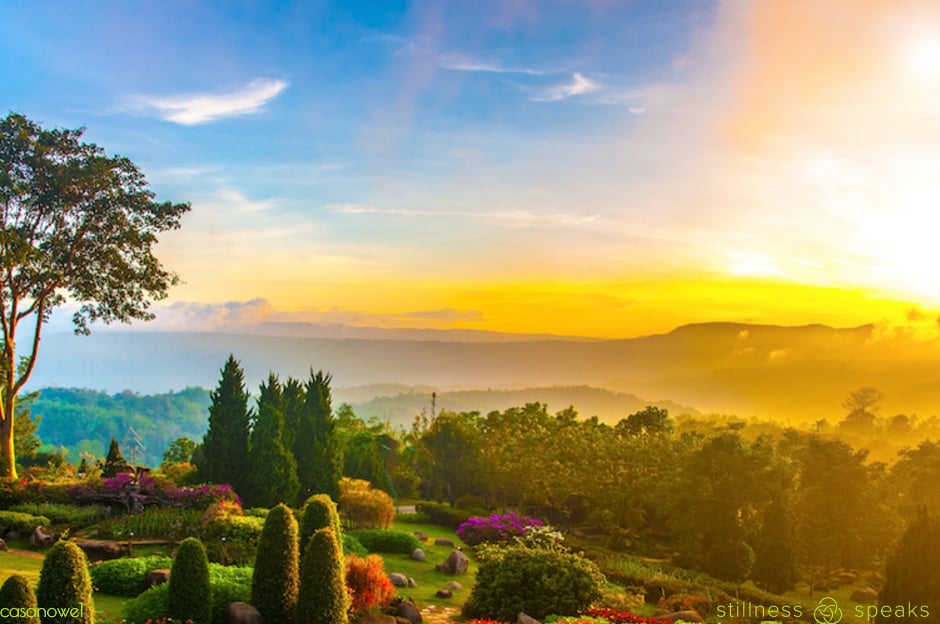 In the initial stages of Zen training, the master will discourage thinking. Although you may come to them with a lot of ideas, your difficulty is not going to be solved by ideas. It is not going to solved by talk and intellectualization, and so they are not encouraged. Intellectualization creates a gap or lack of rapport between you and your life. You may think about things so much that you get into the state where you are eating the menu instead of the dinner, you are valuing the money more than the wealth, and you are confusing the map with the territory. What the master wants to do is get you into the landscape, to get you into relationship with what is as distinct from ideas about what is. This is a very important preliminary discipline, but later on you may realize that the process of thinking is also what is, that thoughts in their own domain are as real as rocks and words have their own reality as much as sky and water. Thoughts about things are in their own turn things, and so they lead you eventually to the point where you intellectualize and think in an immediate way. 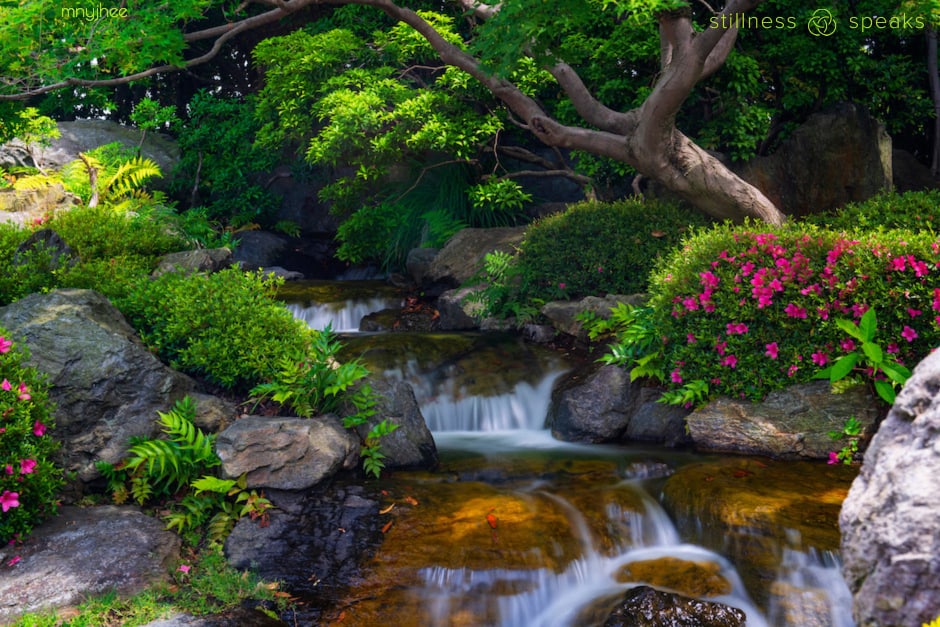 The philosophy of Tao sees humanity as a part of nature rather than dominating it. There are several well-known Chinese paintings with the title Poet Drinking by Moonlight. When you look at one of them, at first you see a vast landscape. Only after searching very thoroughly, almost with a magnifying glass, do you finally find the poet tucked away in a corner of the painting drinking his wine. If, however, the subject Poet Drinking by Moonlight were painted by a Western painter, the poet would be the central figure, dominating the whole picture, the landscape a mere backdrop. Of course some Chinese painters specialize in family portraits and paint very formal paintings of ancestors on their thrones, but the Taoist-and Zen-inspired painters view humanity as an integral part of nature. Humanity is something in nature, just as everything else is, including mountains and streams, trees, flowers, and birds. We are not commissioned by some sort of supernatural being to farm or dominate nature. The Taoists see nature as a self-regulating, self-governing, and indeed, democratic organism, with a totality. It all goes together, and this totality is the Tao. 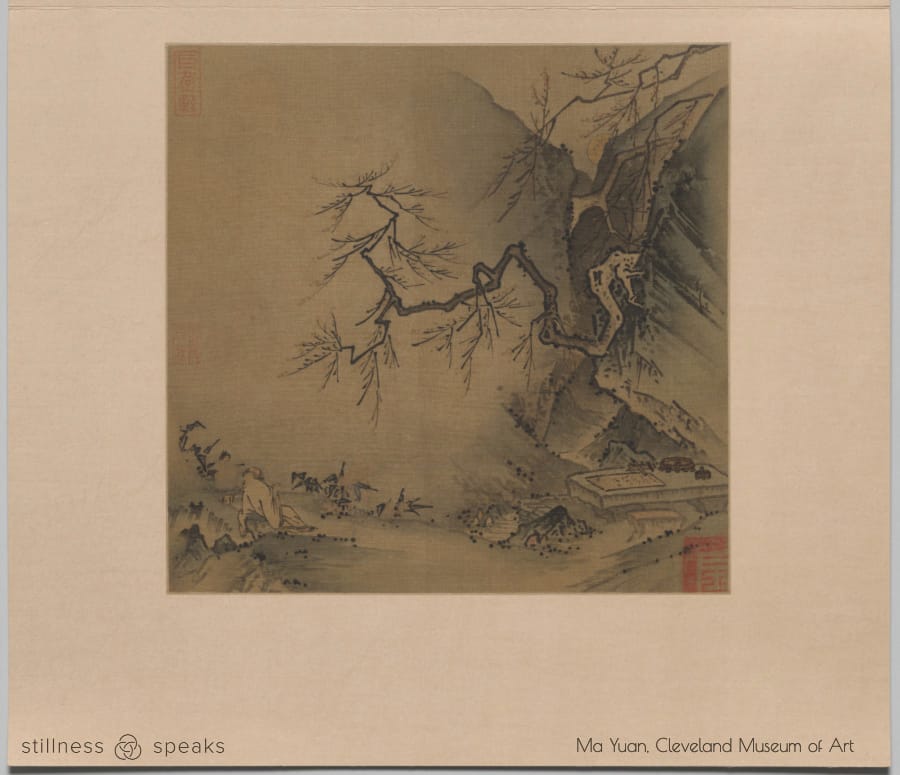 When we speak in Taoism of following the course of nature, or following the way, what we mean is doing things in accord with the grain. This does not mean we do not cut wood, but that when we cut wood we cut along the grain, where the wood is most easily cut. In interacting with other people, we try to interact along the lines that are the most genial. This is the great, fundamental principle called wu wei, or “not forcing.” Wu wei is often translated as “not doing,” “not acting,” or “not interfering,” but “not forcing” seems to me to hit the nail on the head. We never force a lock because we will bend the key or break the lock. Instead we jiggle it until it turns. Wu wei means always acting in accord with the pattern of things as they exist. When we follow the principle of wu wei, we do not impose any kind of extraneous force on a situation, because such force, by its very nature, is not in accord with the situation. For example, the people living in an urban slum are in a bad situation. They need better housing. But if we simply go in and knock the slum down and put in its place some architect’s imaginative notion of a superefficient high-rise apartment building to “store” these people as if they were goods, we do not solve the problem; we create utter chaos. The slum, for all its shortcomings, has an ecology of its own. It consists of a very complex system of relationships, which make it a going concern, even though it may not be going very well, and anybody who wants to alter that situation must first become sensitive to all the conditions and relationships involved. 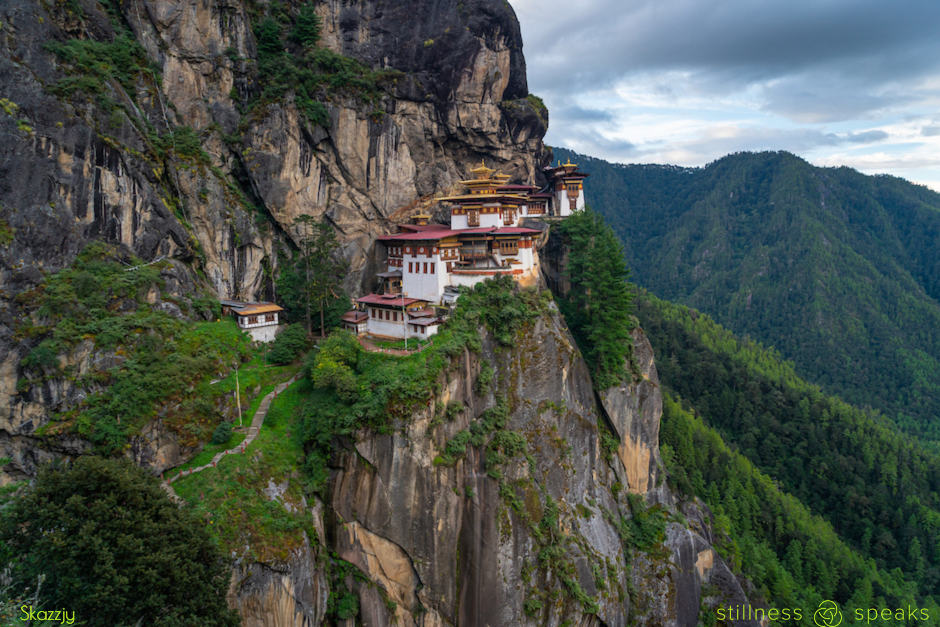 It is terribly important to be aware of the interdependence of every form of life upon every other form of life. This is how, for example, we cultivate the animals that we eat. We look after them, and feed them, and see that they breed in reasonable quantities. We do not do it very well, as a matter of fact, and troubles are arising about the supplies of fish in the ocean and all sorts of things resulting from our poor or shortsighted husbandry. But in the greater ecology it is clear that the apparent conflict among various species is not actually a competition. Instead it is a very strange system of interrelationship, a system of things feeding on each other and cultivating each other at the same time. This is the idea of the friendly enemy, the necessary adversary who is part of life. You have conflicts going on in your own body. All kinds of microorganisms are eating each other up, and if that were not happening, you would not be healthy. All the interrelationships of nature, whether they appear to be friendly relationships, as between bees and flowers, or conflicting relationships, as between birds and worms, are actually forms of cooperation. This is called “mutual arising.” When you understand this as the basis of all existence and are able to act “without forcing,” your life is spontaneous, a life that is so of itself, natural, not forced, and not unduly self-conscious.

And, stay tuned for Part 2 of this series … with more on the Taoist Ways from Alan Watts ...”

All italicized text here is adapted from Talking Zen by Alan Watts, © 1994 by the Alan Watts Electronic University. This edition published 2022. Reprinted in arrangement with Shambhala Publications, Inc. Boulder, CO.

And, click here for the free, downloadable PDF of the Table of Contents.

The more we act as per the Taoist ways, the more we’ll recognize – and appreciate – our “oneness” … leading to more compassion and kindness towards others … so in that spirit let us help the victims of Hurricane Ian in whatever way we can … and to that end here are some options:

1) 6ABC: How to help those impacted by Hurricane Ian.

2) Go Fund Me: How You Can Help: Donate to Hurricane Ian Relief.

3) USA Today: Here’s how you can help those affected by Hurricane Ian in Florida.

May you remain safe and healthy as you navigate these unsettling times.

Images (edited & Logo added): Header: Annapurna mountains by saiko3p, 1 & Featured) Terraced rice field in Mu Cang Chai, Vietnam by BiancoBlue, 2) Talking Zen cover image from Shambhala, 4) Beautiful garden of colorful flowers on hill with sunrise by casanowe1, 5) Beautiful japanese garden with small waterfall and blooming rhododendron flowers by mnyjhee, 6) Drinking in the Moonlight by Ma Yuan, late 1100s-early 1200s, courtesy of Cleveland Museum of Art, CCO, 7) Taktsang monastery.The most beautiful and sacred monastery in Bhutan is located on the cliff mountain in Paro valley, Bhutan, Asia by Skazzjy, 3 & 8) Shambhala Publications logo. All images (except ones from Shambhala Publications) purchased from depositphotos or 123rtf. All are for use only on our website/social channels (these images are not permitted to be shared separate from this post). 2, 3, & 8) generously provided by Shambhala Publications with permission to be used on our website and other digital assets.

In Search of Being: What Are Gurdjieff’s Four Ways To Awakening?

When You Greet Me I Bow

Stillness Speaks is honored to offer a substantive “inside look” at the extraordinary library of Shambhala Publications through our reviews (book excerpts + remarks).

Other Posts In This Series