Buy From Publisher Buy From Amazon

Enter the mind of Alan Watts on Zen, Taoism, psychedelics, and comparative philosophy

Alan Watts’ lifetime of lectures and essays range widely through psychology, art, religion, and politics, but so often come home to a Zen core. This collection of his teachings, drawn from forty years of public speaking and writing, presents his characteristic brilliance and inimitable humor as he explores the deep connections between Eastern and Western wisdom—and, most especially, the unique contributions that the Zen tradition has to offer us all. Using down-to-earth, accessible language, Watts elucidates the seemingly subtle and mysterious way of Zen with immediately familiar terms and profoundly transformative ideas. As breathtaking to his original audiences as to us today, these monumental teachings paved the way for the rise of Zen in the West.

Text & Image: From the Shambhala Publications page of the book. 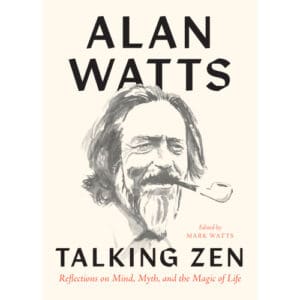