A Course in Consciousness – Kindle Edition

“From 1992 through 1995, I taught several seminars on reality and consciousness according to quantum theory for humanities undergraduates at the University of Virginia. These seminars attempted to outline in an understandable way to the nonscientist the reasons why consciousness is a necessary part of the most widely accepted interpretations of quantum theory. For these seminars, I wrote concise but complete notes which I handed out to my students, and which summarized the salient points in order to make as clear as possible the scientific basis for the seminar. A revised and refined version of these notes comprises Part 1 of this work.

From 1995 through spring 2008, again for the undergraduate nonscientist, I taught many seminars on nonduality, or Advaita, beginning with the above described scientific information as Part 1, following with several speculative chapters on the metaphysics of nonduality as Part 2, and concluding with the teachings of several contemporary jnanis, or enlightened sages, as Part 3. Sages are not usually interested in teaching the principles of nonduality in such a systematic, logical way since such a conceptual system can be a prison for the mind, leading it to think that it can transcend itself (escape from its self-imposed prison) merely by mastering the system. Nevertheless, for teaching purposes, I wrote a set of notes for these seminars also. Beginning with fall 2007, I began to teach the same course to senior citizens and other college graduates also.

I have continually updated and refined these notes as my experience and insights have evolved. My intent has been to present the teaching of nonduality in a scientifically sound and logically consistent, but still readable, document. While there is little about Part 1 that any scientist would disagree with, given enough time for careful contemplation, there is considerable material in Parts 2 and 3 that is in disagreement with what some sages say. The reason for this difference is that science deals entirely with concepts, which can be seen to be either self-consistent or not, and in agreement with observations or not, while it is impossible for a sage to use concepts to describe Reality, because Reality transcends all concepts. In science, concepts are (or are not) truth, while in spiritual teachings, concepts can only be pointers to Reality. The sage uses concepts as tools to crack open the conceptual prisons in which we live, but then all of those concepts must be thrown away or they become chains in our bondage. Nevertheless, there are many concepts in Parts 2 and 3 that are susceptible to verification by direct observation by those who think they are still in prison, and these impart credence to the rest of the teaching.

For the reader who is not interested in quantum theory, an abbreviated but still complete course of study can be obtained merely by omitting Chapters 2, 3, 4, 6, 7, and 8. These are the chapters which show that physics is incomplete without consciousness; they are not needed for understanding the remaining material.

Important: Because this course makes many statements, the reader might think that it comprises a new belief system, either to be adopted or rejected. However, that is not my intention nor is it the intention of the sages of nonduality who are quoted and discussed. Beliefs are not understanding in themselves–they can actually be obstructions to understanding. Because Reality cannot be described in words, the words are meant to be used as pointers to Reality rather than as descriptors of Reality. Hence, this is a course in seeing, not in believing.” ~ Stanley Sobottka 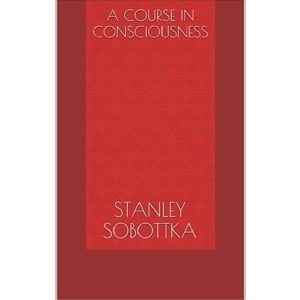