After Awareness – The End of the Path

Written by leading non-duality author Greg Goode, After Awareness offers an insider’s look at the Direct Path—a set of liberating spiritual teachings inspired by Shri Atmananda (Krishna Menon). This book shares secrets of the Direct Path that are rarely revealed. It examines topics hardly ever mentioned in non-duality discussions, such as the importance of ethics, the language of non-duality, the role of the guru, and the provisional nature of the Direct Path itself.

Our modern world is one of myriad beliefs and traditions. Most seekers explore a variety of ideas and spiritual paths before finding something that feels right: Eastern and Western philosophies, orthodox practices and mystical experiences, independent studies or devotion to a teacher. After Awareness takes this diversity into account, treating the Direct Path as one approach among many, rather than an objectively true description of reality.

This is no prescriptive, step-by-step book: After Awareness examines core principles in non-duality and provides context, examples, and critiques of these ideas. It explores the Direct Path without presuming belief in the path’s concepts. Instead, you’ll discover the central elements of the Direct Path—such as direct experience, awareness, and the witness—offered as tools of self-inquiry, not eternal truths.

With this open, pragmatic, and deconstructive approach, you’ll see the Direct Path from many different angles. Most important, you’ll learn how an exploration that begins with everyday perspectives and experiential investigations into the nature of the “I” can lead to a sense of peace and joy, free from judgment, grasping, and self-consciousness. 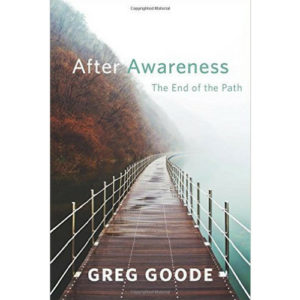