Eager to Love: The Alternative Way of Francis of Assisi

Francis of Assisi is one of the most beloved of all saints. Both traditional and entirely revolutionary, he was a paradox. He was at once down to earth and reaching toward heaven, grounded in the rich history of the Church while moving toward a new understanding of the world beyond.

Globally recognized as an ecumenical teacher, Richard Rohr started out—and remains—a Franciscan friar. The loving, inclusive life and preaching of Francis of Assisi make him a recognizable and beloved saint across many faith traditions. He was, as Rohr notes, “a master of ‘making room for it’ and letting go of that which was tired or empty.”

Francis found an “alternative way” to follow Jesus, one that disregarded power and privilege and held fast to the narrow path of the Gospel. Rohr helps us look beyond the birdbath image of the saint to remind us of the long tradition founded on his revolutionary, radical, and life-changing embrace of the teachings of Jesus. 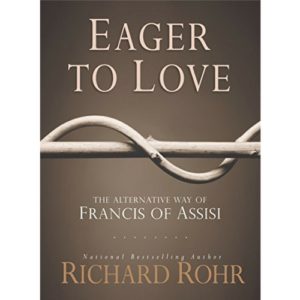