Recent advances in a variety of scientific disciplines have revealed the limitations of the Newtonian-Cartesian model of the universe. One of the interesting aspects of this development is the increasing convergence of science and the “perennial philosophy.” The new research has led to a critical revaluation of ancient spiritual systems long ignored or rejected because of their assumed incompatibility with science.

Here are Swami Muktananda on the mind. Swami Prajnananda on Karma. Swami Kripananda on the Kundalini. Ajit Mookerjee on the Kundalini. Joseph Chilton Pearce on spiritual development. Mother Teresa on love and service. Jack Kornfield on Buddhism for Americans. Fritjof Capra on the new paradigms. Rupert Sheldrake on morphic resonance. Karl Pribram on the holographic model. Claudio Naranjo on meditation, and more.

The papers in this book were presented at the seventh Conference of the International Transpersonal Association held in Bombay. The ITA is a non-profit organization that brings together individuals of different nationalities, professions, and philosophical or spiritual preferences who share in the view that there is a fundamental unity underlying all of humanity and the material world.

The cover photo is from the William Rockhill Nelson Gallery of Art in the Atkins Museum of Fine Arts, Kansas City, Missouri. 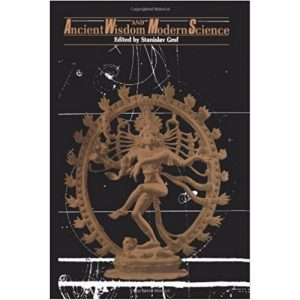