The collection of teachings presented in As It Is, Volume II, is selected from talks given by the Tibetan meditation master, Kyabje Tulku Urgyen Rinpoche between 1994 and 1995. The emphasis in Volume I was on the development stage practice and in Volume II primarily on the completion stage. However, to make such divisions is merely for the convenience of the editors. In the reality of Rinpoche’s teaching method, no such separations exist.

Tulku Urgyen Rinpoche was someone with extraordinary experience and realization, a fact known throughout the world. It is evident to everyone that he was unlike anyone else when it came to pointing out the nature of mind, and making sure that people both recognized it and had some actual experience.
–Khenchen Thrangu Rinpoche

Tulku Urgyen Rinpoche was an incredible master, both learned and accomplished. The great masters of this time — the 16th Karmapa, Kyabje Dudjom Rinpoche and Dilgo Khyentse Rinpoche — all venerated him as one of their root gurus and a jewel in their crown ornament. He was someone who achieved the final realization of the Great Perfection.
–Orgyen Tobgyal Rinpoche

The difference between buddhas and sentient beings is that sentient beings are busy fabricating. Our self-existing wakefulness is being altered and contrived and as long as it continues to be so, that long we will wander in samsara. Instead, we need to recognize the nature of mind. Here I am explaining this to give you the idea, of how it is. The next step is for you to experience; intellectual understanding is not enough. You need to actually taste it and realize it. Train till it becomes uninterrupted.
–Kyabje Tulku Urgyen Rinpoche 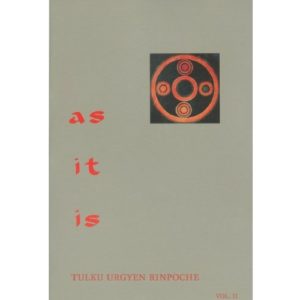