What do we need to do to become truly comfortable, at one, with our lives here and now? In these essays, Buddhist social critic and philosopher David R. Loy discusses liberation not from the world, but into it.

Loy’s lens is a wide one, encompassing the classic and the contemporary, the Asian, the Western, and the comparative. Loy seeks to distinguish what is vital from what is culturally conditioned and perhaps outdated in Buddhism and also to bring fresh worldviews to a Western world in crisis. Some basic Buddhist teachings are reconsidered and thinkers such as Nagarjuna, Dogen, Eckhart, Swedenborg, and Zhuangzi are discussed.

Particularly contemporary concerns include the effects of a computerized society, the notion of karma and the position of women, terrorism and the failure of secular modernity, and a Buddhist response to the notion of a clash of civilizations. With his unique mix of Buddhist philosophical insight and passion for social justice, Loy asks us to consider when our awareness, or attention, is bound in delusion and when it is unbound and awakened. 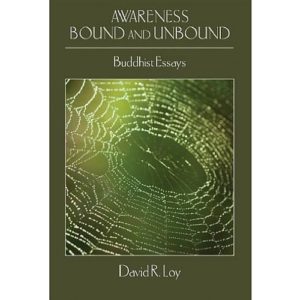