Choying Dzod: The Precious Treasury of the Basic Space of Phenomena

Among the works in Longchen Rabjam’s famous collection, The Seven Treasuries that commonly known as the Chöying Dzöd concerns the spiritual approach known as trekcho (cutting through solidity), which brings spiritual practitioners of the highest acumen to freedom effortlessly.

The Chöying Dzöd consists of two texts: this book, a set of source verses entitled The Precious Treasury of the Basic Space of Phenomena, and Longchenpa’s own commentary on those verses, A Treasure Trove of Scriptural Transmission. The original text side-by-side with English translation. 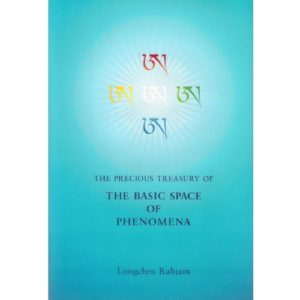