Consciousness Is All: Now Life Is Completely New

The Magnificent Truth of Who You Are

Consciousness Is All is a book on Absolute Reality, sometimes called Infinite Reality. It shows clearly why only Consciousness Itself – also known as the One Self, I Am, Love, Life, the Divine, God, and other terms – is being conscious right here, now.

As Consciousness is All or One – It thus is not a higher Self, but the only Self. It precludes there being another, lesser consciousness that has to or can become anything. No transformation is necessary or even possible. This shatters the myth of a would-be secondary self struggling to get at-one with a vague “god.”

Read this book as if It were Consciousness, the One Self, talking to Itself. This is the only “viewpoint” that is valid, true, and actually operating because, truly, the Self is the only One being conscious here, now, so this can be read!

Stop and think what a marvelous book it would be if the Self, the One, wrote a book about Itself! What would the One Self say? It couldn’t speak of a human struggle of becoming the Self – It could speak only of already being the Self. It wouldn’t have to instruct how to get at-one with Itself, because It already is that! All the Self could speak of is Its own Presence – the immediacy of Itself to Itself. It could state only what It already, presently is – Oneness, Wholeness and Perfection. Would that leave you out? Not at all!

That Self being conscious here, now, is the only You there is. After You read this book, You will see that now Life is completely new. 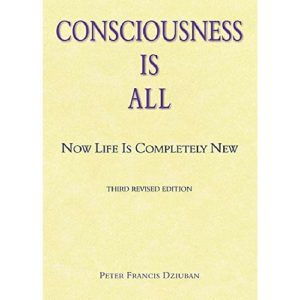