In this multimedia study set, Swami Lakshmanjoo, the fully realized philosopher saint of the long concealed and secret tradition known as Kashmir Shaivism, translates and illuminates Abhinavagupta’s Paramarthasara. Originally a work of Patanjali, Abhinavagupta chose to revise and update this revered treatise in order to reveal the profundities of the Trika Shaivite doctrine. In the conclusion of the Paramarthasara Abhinavagupta tells us, “I have kept this Paramarthasara, in brief words, in one hundred verses. But although it is only one hundred verses in body, in the volume of knowledge it is more than ten million verses.” 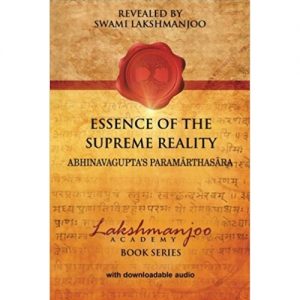