From The Walled Garden of Hakim Sanai – Kindle Edition

By by Hakim Sanai (Author) and David Pendlebury (Translator)

The aim has been to put a selection of Hakim Sanai’s thoughts into readable modern English, and offer it to the growing number of informed readers from all walks of life who are beginning to discover the relevance of certain traditional Middle-Eastern ideas to contemporary preoccupations in the West.

This cutting and polishing process has not taken place entirely in a vacuum of arbitrary personal whim. We are fortunate today, in a way that eminent western scholars have regrettably not always been in the past, in having available first-hand guidance in the interpretation of the spirit, as opposed to the letter, of classical Sufi materials. I have in mind the work of Idries Shah, and others like him, who have effectively freed the study of Sufism from the distressingly irrational restrictions and distortions to which it has been subjected. Sufi studies have been lifted out of the academic arena, and placed fairly and squarely where they belong – within the reach of ordinary people. Such a process of popularization is the very reverse of a dilution or degradation of the source materials: it is an indication of a trend whereby a vital teaching is no longer being held at arm’s length but is now being allowed to weave itself, in a most timely way, into the fabric of our culture. In this present undertaking, Shah’s work has served both as an encouragement and a touchstone.

A. J. Arberry quotes Hakim Sanai as saying of his Hadiqat ul-Haqiqa “Henceforward, so long as men have speech at all, the philosophers of the world will read this book.” The book itself shows in equally forthright terms what man is, in order to affirm what he can become. For Sanai the self is unreality and God the reality. He is also ‘The Friend’, and is approached as one would a beloved friend. One of the most striking features of Sanai’s poetry – and indeed almost all Sufi poetry – is the way in which a complete analogy is drawn between the ideals of human love and divine love. 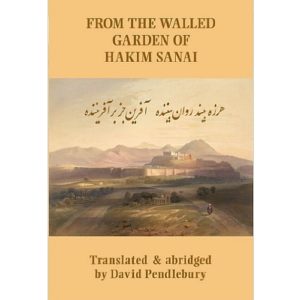