Keys to the Ultimate Freedom: Thoughts and Talks on Personal Transformation

In 1952, after being sent home by his doctors to die, Lester realized two TRUTHS that literally saved his life.

The first is that his own feelings were the cause of all of his problems, and not the world or the people in it, as he had previously thought. He also realized his own negative feelings were what he had struggled so hard and long against. And, this struggle was what had destroyed his health and caused him to suffer in every way.

The second truth is he discovered he had the inborn ability to let go of his negative feelings. He discovered how to completely discharge them and suppressing, coping and venting as he had previously done, he discovered how to totally release them. This put an end to his struggle! He found permanent happiness. And, he found the more he released his negative feelings, the happier and healthier he became. In fact, within three months he was completely well, and he stayed well for over 40 more years!

Lester discovered something else – every aspect of his life got better, too. A short time later he became a millionaire!

You know from your own experience, that when too many negative feelings build up in you, you feel anxious, uncomfortable and unhappy. The first thing you’ll try to do is get away from them. You’ll do this by suppressing them (hiding them from yourself is the worst thing you can do), coping with them (trying to escape their effects by various means), or by venting them. 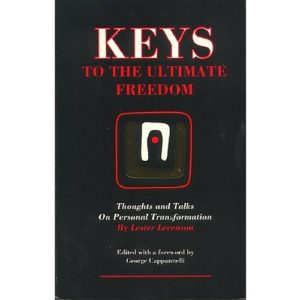