Joseph Campbell (1904-1988) was one of the most well-known and popular scholars of myth and comparative religion of the twentieth century. His work, however, has never fully received the same amount of scholarly interest and critical reflection that some of his contemporaries have received.

In this book, based on extensive research in the Joseph Campbell Archive in Santa Barbara, Ritske Rensma shows that reflecting on C.G. Jung’s influence on Campbell greatly furthers our understanding of these ideas, and that once this goal is achieved it becomes obvious that Campbell was a scholar whose ideas are still of significance today. Following Jung’s lead, Campbell put great emphasis on the innate structures of the mind, an approach which pre-echoes the current ‘evolutionary turn’ in fields such as cognitive theory, psychology, psychiatry and neurobiology.

This study will therefore not just be of interest to students and scholars interested in psychological approaches to the study of religion as well as Jung and Campbell, but also to those with an interest in recent developments in the above-mentioned fields 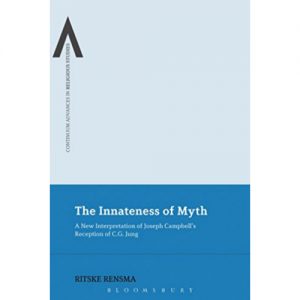