Set in seventeenth-century feudal Japan, Silence, by Shūsaku Endō, is a historical novel—part epistolary, part third-person narrator—recounting the journey of a Portuguese Jesuit priest, Father Sebastian Rodrigues, and his struggles as a missionary during a time when the practising of Christianity had become outlawed by the Japanese authorities, forcing it underground, known as “Kakure Kirishitan“.

More specifically, it is the quest to find out what has happened to Rodrigues’ beloved mentor, Father Christovao Ferreira, who has reputedly apostatized (renounced his faith) under torture and subsequently disappeared without trace. Following in the footsteps of the order’s co-founder, St Francis Xavier, Rodrigues and his companion, Father Francisco Garrpe set off on an arduous sea voyage to Japan via Goa and Macao. 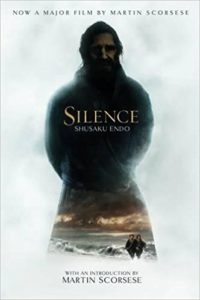