A weaver by trade and a mystic by nature, the 15-century poet Kabir created timeless works of enlightenment that combine the philosophies of Sufism, Hinduism, and the Kabbala. Expressed in imagery drawn from common life and the universal experience, Kabir’s poems possess an appealing simplicity. This collection of 100 songs reflects nearly every aspect of the mystic’s thought and emotions: ecstasy and despair, tranquil beatitude and fervid illumination, and moments of intimate love. The acclaimed translation is by Rabindranath Tagore, a popular Indian poet and Nobel laureate and assisted by Evelyn Underhill, well known English mystic and author. 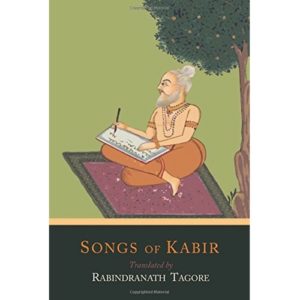