The Walled Garden of Truth: The Hadiqa

Professor Arberry quotes Sanai on his own Hadiqa as saying: “Henceforward, so long as men have speech at all, the philosophers of the world will read this book!”

For more than 800 years, in the East at any rate, The Walled Garden of Truth has been constantly read and employed as a classic and Sufi textbook. “Sanai’s fame has always rested on his Hadiqa; it is the best known and in the East by far the most esteemed of his works; it is in virtue of this work that he forms one of the great trio of Sufi teachers — Sanai, Attar, Jalaludin Rumi.” — Major T. Stephenson 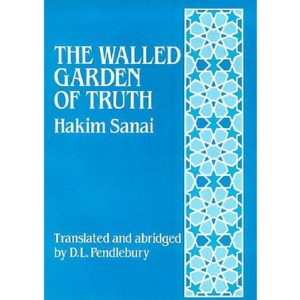