The Three Pillars of Zen: Teaching, Practice, and Enlightenment

Through explorations of the three pillars of Zen–teaching, practice, and enlightenment–Roshi Philip Kapleau presents a comprehensive overview of the history and discipline of Zen Buddhism.  An established classic, this 35th anniversary edition features new illustrations and photographs, as well as a new afterword by Sensei Bodhin Kjolhede, who has succeeded Philip Kapleau as spiritual director of the Rochester Zen Center, one of the oldest and most influential Zen centers in the United States. 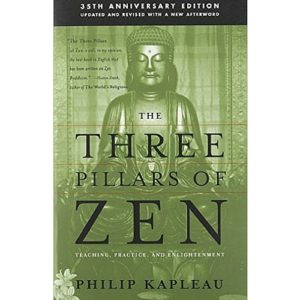