Introducing The Work of Byron Katie

“No one can give you freedom but you.” ~ Byron Katie 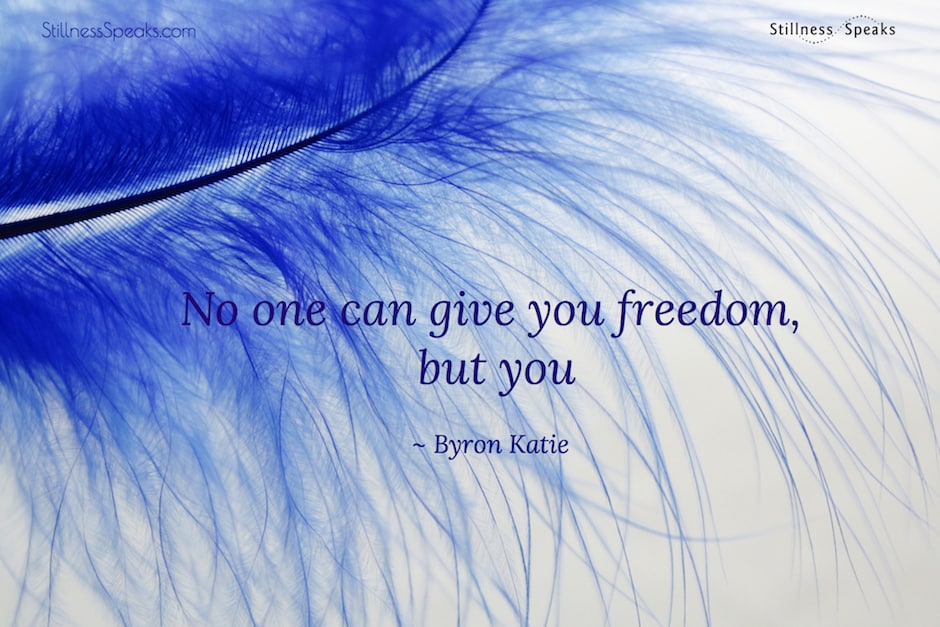 Stillness Speaks is pleased to introduce The Work a powerful process of personal inquiry, created by Byron Katie. The booklet, The Work of Byron Katie, which we are previewing in a series of short posts, is available as a FREE PDF download, courtesy of Free Spiritual Ebooks. This free booklet presents the essence of The Work. Italicized text below is from the booklet.

The Work of Byron Katie is a way to identify and question the thoughts that cause all the suffering in the world. It is a way to find peace with yourself and with the world. Anyone with an open mind can do this Work.

Byron Kathleen Reid became severely depressed while in her thirties. Over a ten-year period her depression deepened, and for the last two years Katie (as she is called) was seldom able to leave her bedroom. Then one morning, from the depths of despair, she experienced a life-changing realization.

In a flash of insight, she saw that our attempt to find happiness was backward—instead of hopelessly trying to change the world to match our thoughts about how it “should” be, we can question these thoughts and, by meeting reality as it is, experience unimaginable freedom and joy. As a result, a bedridden, suicidal woman became filled with love for everything life brings. 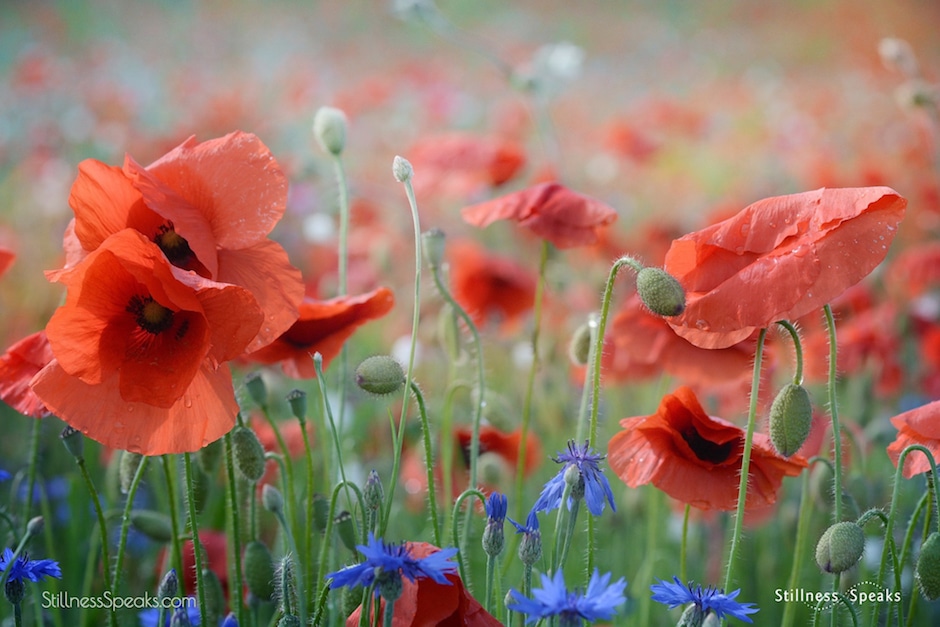 Katie developed a simple yet powerful method of inquiry, called The Work, that showed people how to free themselves. Her insight into the mind is consistent with leading-edge research in cognitive neuroscience, and The Work has been compared to the Socratic dialogue, Buddhist teachings, and twelve-step programs. But Katie developed her method without any knowledge of religion or psychology.

The Work is based purely on one woman’s direct experience of how suffering is created and ended. It is astonishingly simple, accessible to people of all ages and backgrounds, and requires nothing more than a pen and paper and a willingness to open the mind. Katie saw right away that giving people her insights or answers was of little value—instead, she offers a process that can give people their own answers. The first people exposed to her Work reported that the experience was transformational, and she soon began receiving invitations to teach the process publicly.

Stay tuned …  details about the practical process of doing The Work are coming soon.

This brief BIO is from Byron Katie’s website and is in lieu of her Stillness Speaks’ Teacher’s Page which is coming soon. 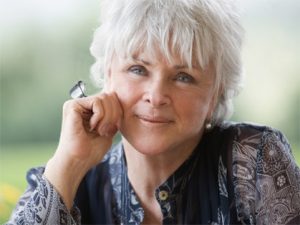 One morning in February 1986, after struggling with debilitating depression for nearly ten years, Katie experienced a life-changing realization. There are various names for an experience like this. Katie calls it “waking up to reality.”

In that instant, she says,

“I discovered that when I believed my thoughts, I suffered, but that when I didn’t believe them, I didn’t suffer, and that this is true for every human being. Freedom is as simple as that. I found that suffering is optional. I found a joy within me that has never disappeared, not for a single moment. That joy is in everyone, always.”

The Work, Katie’s process of self-inquiry, didn’t develop from this experience; she says that it woke up with her, as her, on that February morning in 1986. The first people who did The Work reported that it had transformed their lives, and she soon began receiving invitations to teach the process publicly.

Since 1986, she has brought The Work to millions of people across the world, at free public events, in prisons, hospitals, churches, corporations, universities, schools, at weekend workshops, at her nine-day School for The Work, and through the Institute for The Work.

The Work of Byron Katie: What Is, Is

The Work of Byron Katie: Staying in Your Business

The Work of Byron Katie: Meeting Your Thoughts with Understanding

The Work of Byron Katie: Putting the Mind on Paper