“A guide has entered this life in silence. His message is only heard in silence …” ~ Rumi 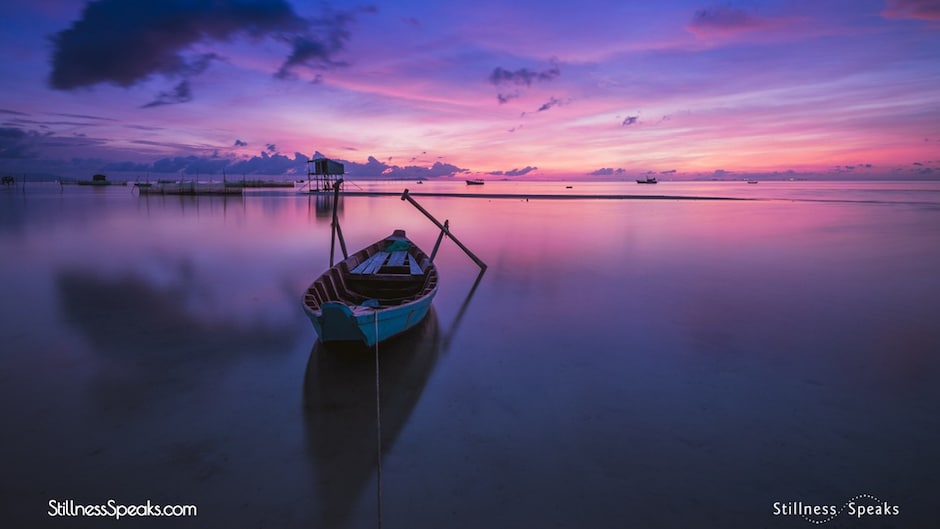 A guide has entered this life
in silence.
His message is only heard
in silence.

Take a sip of his precious wine
And lose yourself.
Don’t insult the greatness of his love,
For he helps all those who suffer,
in silence. 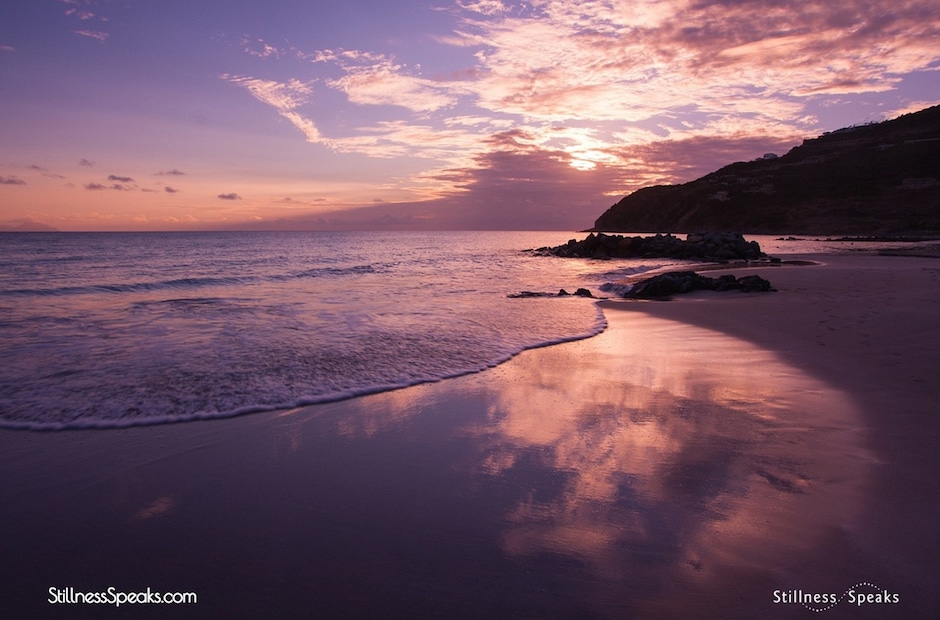 Polish the mirror between the breaths.
Go with him, beyond words.
He knows your every deed.
He is the one
who moves the wheel of heaven,
in silence.

Every thought is buried in your heart;
He will reveal them one by one,
in silence.

Turn each of your thoughts into a bird
And let them fly to the other world.
One is an owl, one is a falcon, one is a crow.
Each one is different from the others
But they are all the same
in silence. 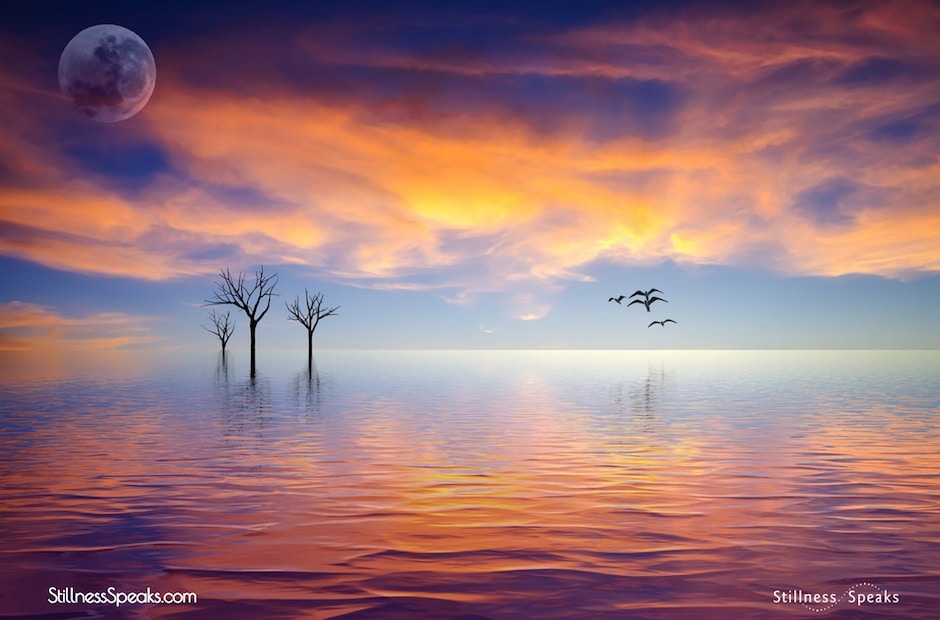 To see the Moon that cannot be seen
Turn your eyes inward
and look at yourself,
in silence.

In this world and the next,
Don’t talk about this and that;
Let him show you everything,
shining as one . . . in silence.

This poem is from Part 5, A Mine of Rubies which is from the book Rumi: In the Arms of the Beloved by Jonathan Star (see attribution below). Jonathan is a scholar extraordinaire in the “vast ocean” of Rumi and his translations have resulted in two books like this one. The following excerpt from Jonathan’s Introduction in this book also serves as an excellent introduction to Rumi’s poetry:

There is a voice in us all that is ever-present, a voice that always sings its melody to the world. This is the voice of truth and certainty, the voice that lays bare the hidden mysteries of the soul. In a burst of inspiration, the German poet Rainer Maria Rilke heard this voice and wrote for three days “in a single breathless obedience . . . without one word being in doubt or having to be changed.” 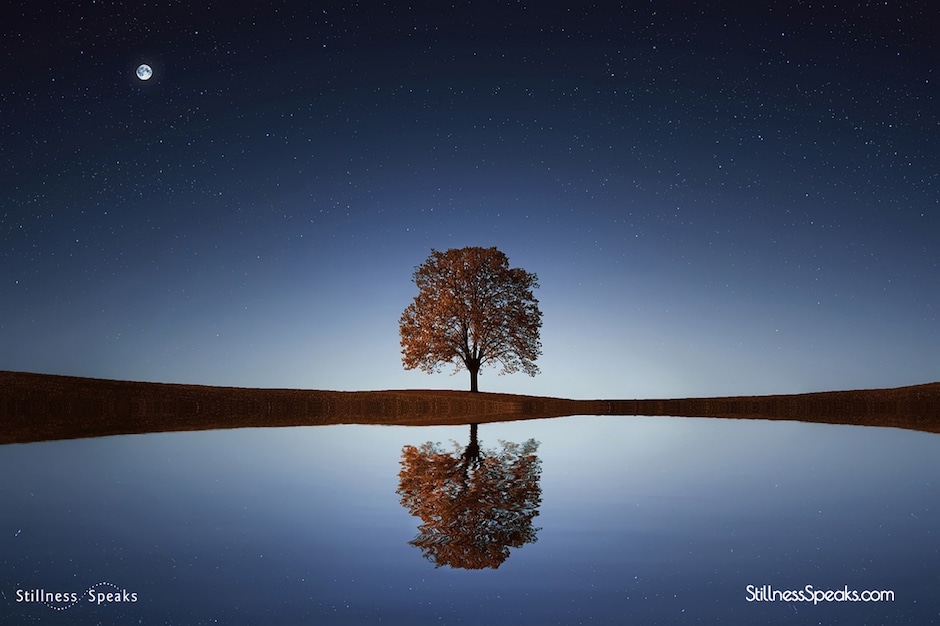 This inspired state that opens up the vistas of the universe—one we glimpse only at peak moments in our life—is the same state that poet-saints live in all the time. That is why their every word is charged with purity and divine refulgence; their poetry is a reflection of their own perfect state. Jalaluddin Rumi was such a poet-saint. For thirty years poetry issued from his lips, infused with such genius and perfection as to belie human origin. He was a pure instrument of the Divine, a flute upon which God played an exquisite song. In one of his quatrains, Rumi writes:

Do you think I know what I’m doing,
That for a moment, or even half a moment,
I know what verses will come from my mouth?
I am no more than a pen in a writer’s hand,
No more than a ball smacked around by a polo stick! 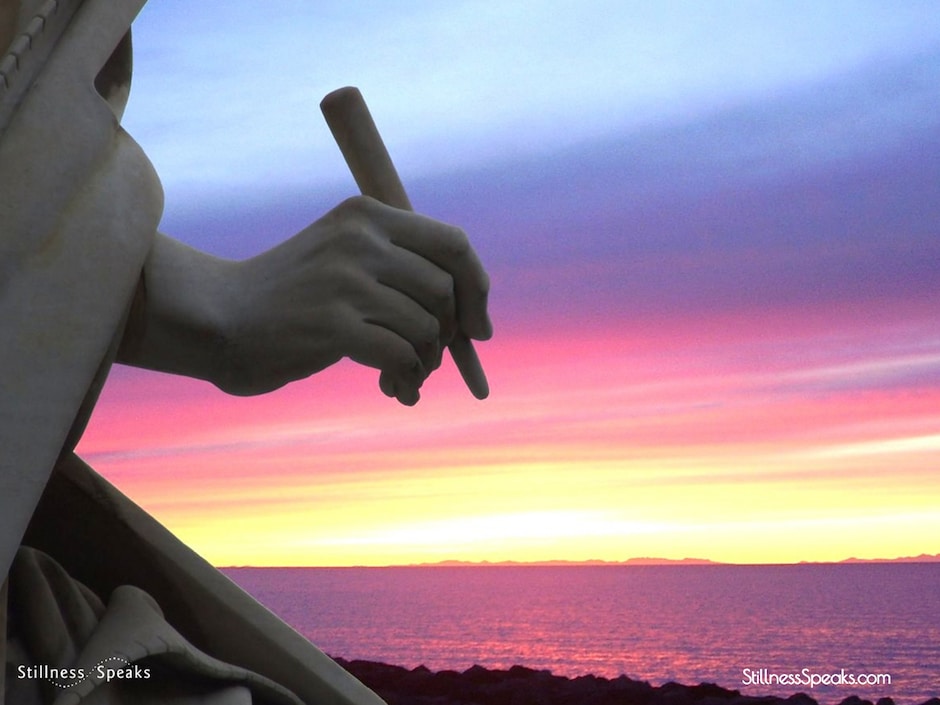 Rumi’s “breathless obedience” to that inner voice is what made him a peerless master of ecstatic verse. The Islamic scholar A. J. Arberry writes, “In Rumi we encounter one of the world’s greatest poets. In profundity of thought, inventiveness of image, and triumphant mastery of language, he stands out as the supreme genius of Islamic mysticism.” And R. A. Nicholson, who dedicated his life to Islamic studies, called Rumi “the greatest mystical poet of any age.”

The poetic and mystical achievement of Jalaluddin Rumi is a monument in the annals of spiritual literature. In his vast outpouring he not only captured the whole of Islamic mysticism but polished it, refined it, and transformed it into a thing of exquisite beauty. The most personal experiences are cast in the light of universal truths; the ordinary life of man—crowded, busy, and full of uncertainty—is shown to be a necessary step on one’s journey to the ineffable Absolute. Rumi has given every word life; and everyone who reads him beholds the naked words of the soul clothed in living form. In Rumi we hear the pure voice of love—we hear the intimate whispers of lover and beloved, we feel the joyous heart gliding upon the water of its own melting.

Poetry from Rumi: In the Arms of the Beloved, by Jonathan Star.

Rumi: This is the Miracle …

Rumi: The Path of Love

Joy and Silence – Hafiz by Ladinsky