We do not need a new religion or a new bible. We need a new experience—a new feeling of what it is to be “I.”  ~ Alan Watts 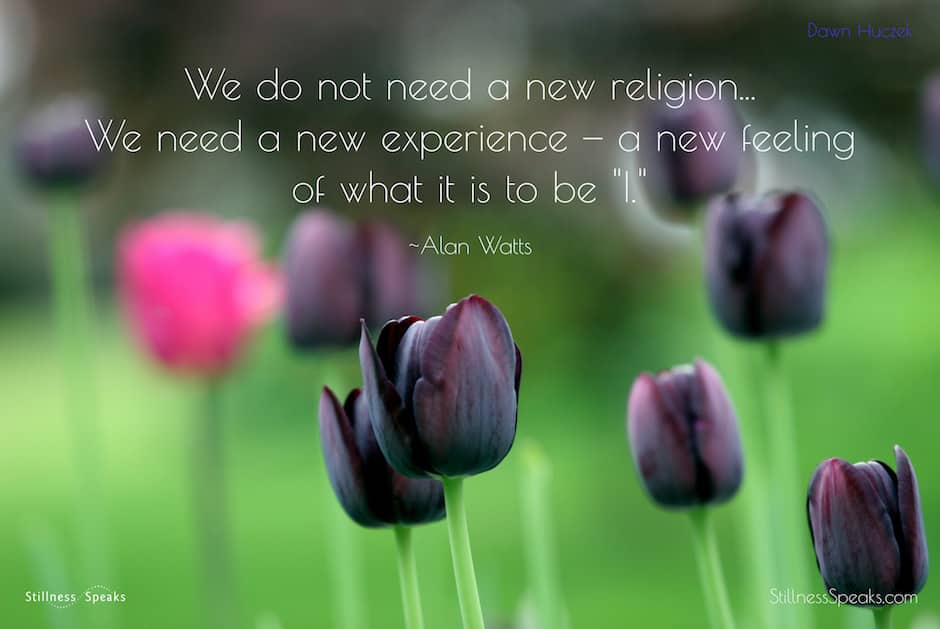 Inside Information is the first chapter in Alan Watt’s book The Taboo Against Knowing Who You Are. This post overviews this fascinating chapter written in 1966 which explores an unrecognized but mighty taboo—our tacit conspiracy to ignore who, or what, we really are.

All text from the book is italicized. Download a free PDF of this book and read more about Alan Watts on his StillnessSpeaks teacher’s page.

From The Preface…. Watts own words most appropriately describe the purpose of this book:

“THIS BOOK explores an unrecognized but mighty taboo—our tacit conspiracy to ignore who, or what, we really are. Briefly, the thesis is that the prevalent sensation of oneself as a separate ego enclosed in a bag of skin is a hallucination which accords neither with Western science nor with the experimental philosophy-religions of the East—in particular the central and germinal Vedanta philosophy of Hinduism. This hallucination underlies the misuse of technology for the violent subjugation of man’s natural environment and, consequently, its eventual destruction.”

To cut through the collective hallucination, what should someone know?

“Is there…some inside information, some special taboo, some real lowdown on life and existence that most parents and teachers either don’t know or won’t tell?” 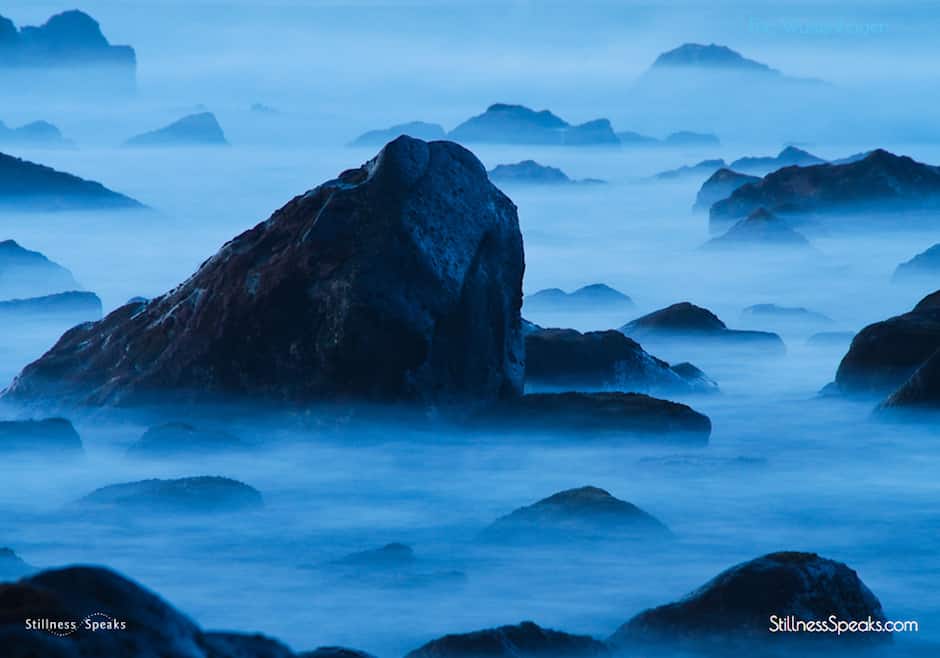 Watts wonders what kind of book would cut through the taboos of sexuality and religion. He sees most of modern religion—Christian, Jewish, Muslim, Buddhist and Hindu—as out of touch with the realities of our fast paced and every changing modern world….

“..their ideas about man and the world, their imagery, their rites, and their notions of the good life don’t seem to fit in with the universe as we now know it, or with a human world that is changing so rapidly that much of what one learns in school is already obsolete on graduation day.”

“The Book I am thinking about would not be religious in the usual sense, but it would have to discuss many things with which religions have been concerned—the universe and man’s place in it, the mysterious center of experience which we call ‘I myself,’ the problems of life and love, pain and death, and the whole question of whether existence has meaning in any sense of the word.” 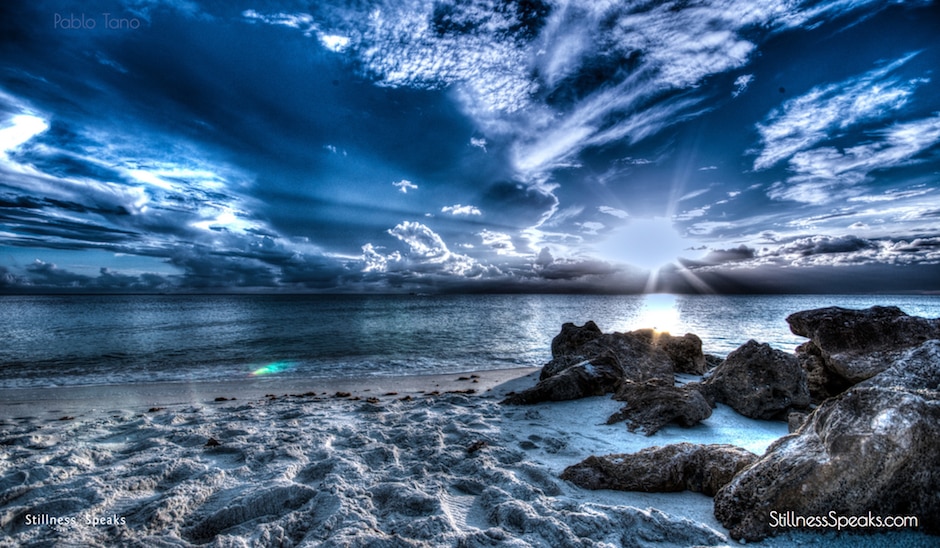 “The task of philosophy is to cure people of such nonsense. Wittgenstein, as we shall see, had a point there. Nevertheless, wonder is not a disease. Wonder, and its expression in poetry and the arts, are among the most important things which seem to distinguish men from other animals, and intelligent and sensitive people from morons.”

Alan Watts goes back to his original question, what is the “low-down on this astounding scheme of things?” He points out that our world is in peril, nuclear destruction is possible, environmental degradation is rampant, and huge technological advancements use methods that most people find “baffling, frightening and disorienting.” And these methods keep changing.

Watts thinks the division of man and technology is wrongly stated. Its not an issue of technological growth without moral or ethical advancement. The problem is more basic…

“The root of the matter is the way in which we feel and conceive ourselves as human beings, our sensation of being alive, of individual existence and identity. We suffer from a hallucination, from a false and distorted sensation of our own existence as living organisms. Most of us have the sensation that ‘myself’ is a separate center of feeling and action, living inside and bounded by the physical body—a center which ‘confronts’ an ‘external’ world of people and things…” 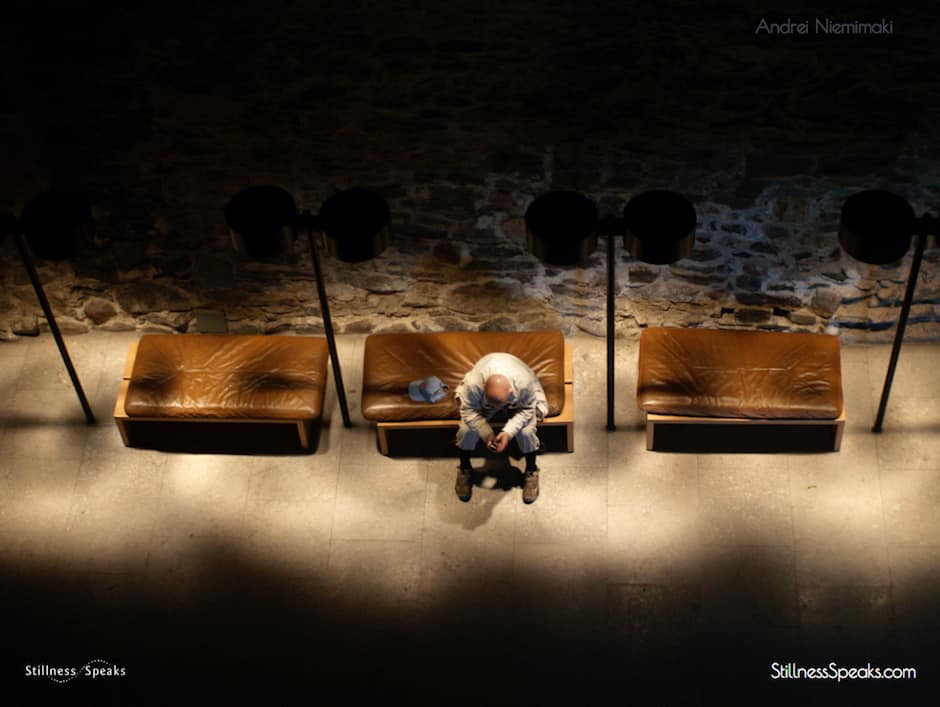 This separation creates a feeling of profound alienation and loneliness. From this view we are completely independent of a hostile and incomprehensible universe into which we come as “temporary visitors.” Science and Vedanta philosophy says this understanding of separation is completely false.

“We do not ‘come into’ this world; we come out of it, as leaves from a tree. As the ocean waves, the universe peoples. Every individual is an expression of the whole realm of nature, a unique action of the total universe.”

Watts rejects the notion that we should create a new religion or new bible for modern man. He points to the institutionalization and reification of ideas that ultimately rigidify into lifeless idolatries.

“The Book that I would like to slip to my children would itself be slippery. It would slip them into a new domain, not of ideas alone, but of experience and feeling… a point of departure, not a perpetual point of reference.”

In the place of religion and books, Watts sets experience,

“We do not need a new religion or a new bible. We need a new experience—a new feeling of what it is to be ‘I.’ The lowdown…on life is that our normal sensation of self is a hoax or, at best, a temporary role that we are playing, or have been conned into playing—with our own tacit consent…”

Conceptual thinking can’t grasp authentic experience of self. It is revealed in myth and spiritual awakening.

“Myth, then, is the form in which I try to answer when children ask me those fundamental metaphysical questions which come so readily to their minds: ‘Where did the world come from?’ ‘Why did God make the world?’ ‘Where was I before I was born?’ ‘Where do people go when they die?’ Again and again I have found that they seem to be satisfied with a simple and very ancient story…”

“There was never a time when the world began, because it goes round and round like a circle, and there is no place on a circle where it begins. Look at my watch, which tells the time; it goes round, and so the world repeats itself again and again.”

He explores the Ground of Being…

“…the secret which my story slips over to the child is that the Ultimate Ground of Being is you. Not, of course, the everyday you which the Ground is assuming, or “pretending” to be, but that inmost Self which escapes inspection because it’s always the inspector. This, then, is the taboo of taboos: you’re IT!”

And he turns to Vedanta…

“In the Vedanta philosophy, nothing exists except God. There seem to be other things than God, but only because he is dreaming them up and making them his disguises to play hide-and-seek with himself.”

Again, here’s the next installment in this series about the Taboo of Knowing Who You Really Are: Part 2: The “Bag of Skin” Hoax.