illusion: “… There is no ‘I’ to get enlightened. That’s illusion. There’s only being here with what’s here without division. Eyes open. Eyes and ears open, to let everything reveal itself as it is …” ~ Toni Packer

“… The one who thinks she is having the mirage is part of the mirage! …”  ~ Joan Tollifson 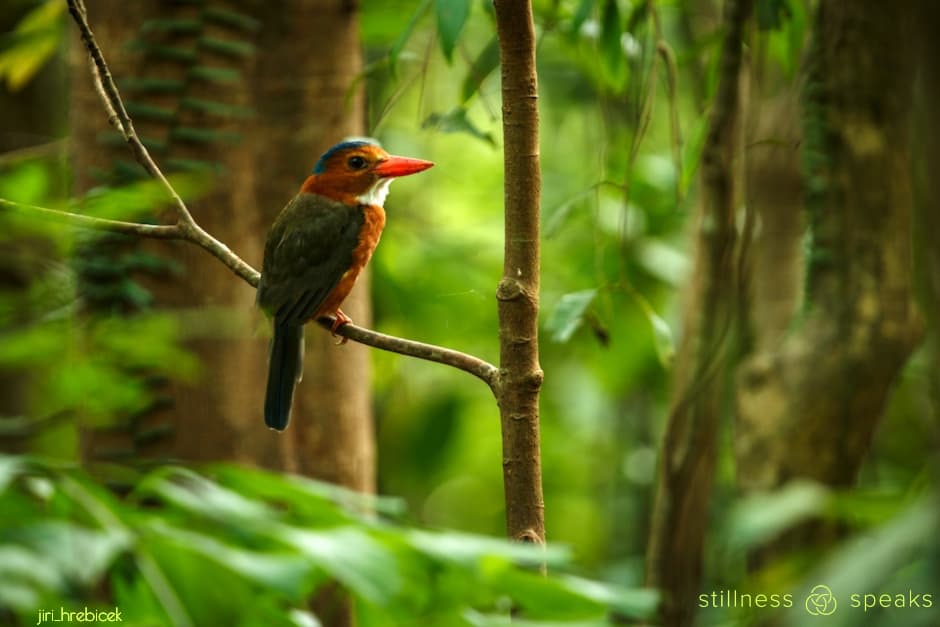 “The place where even the slightest trace of the ‘I’ does not exist, alone is Self.” … “The thought ‘Who am I?’, destroying all other thoughts, will itself finally be destroyed like the stick used for stirring the funeral pyre.” ~ Ramana Maharshi

Toni, Joan, and Ramana’s words are profoundly true yet are terrifying (world-view shattering?) to the seeker because his/her very “identity” is being challenged … is being claimed to be ultimately non-existent … illusory! …

And if one looks into the expressed words of other such luminaries – across the “time spectrum” of “awakened beings” – there is no “comfort” to be found 🙂 … As Adyashanti says:  “There is no you who is awake, there is only awakeness. As long as you identify with a “you” who either is or is not awake, you are still dreaming. Awakening is awakening from the dream of a separate you to simply Being Awakeness.”

Joan Tollifson claims that these are the questions to live with … which suggests that illusion may be the dominant sensory experience of our reality … and, ultimately this illusion is what needs to be dissolved …

So, today, in this part 4 … of our multi-part series exploring the 2022 edition of Awake in the Heartland: The Ecstasy of What Is (original edition 2003) through chapter excerpts … Joan dissects this elusive topic of illusion with a deep dive into the question Is The World Real? … which is the next sub-chapter in our substantive preview of her book …

… in Part 1, we set the stage for the series with the 2022 Preface and the first two sub-chapters – A Sea of Jewels and This Is It

… in Part 2, Joan posits that you are the present moment … via the sub-chapter of the same title … and goes further by asking if it is possible for us to find a boundary …

… in Part 3, Joan masterfully unpacks the illusion of separation by taking us on a deep dive into the question Who Am I? … in the sub-chapter of the same title …

All italicized text above and below (except Ramana Maharshi’s opening quotes in this blockquote section) is from Awake in the Heartland: The Ecstasy of What Is by Joan Tollifson (2022 edition by New Sarum Press) and is published here with her generous permission.

AND, Here are all of Joan’s posts on Stillness Speaks … and her website – full of deeply insightful and valuable content for your journey.

Is The World Real? … or An Illusion? 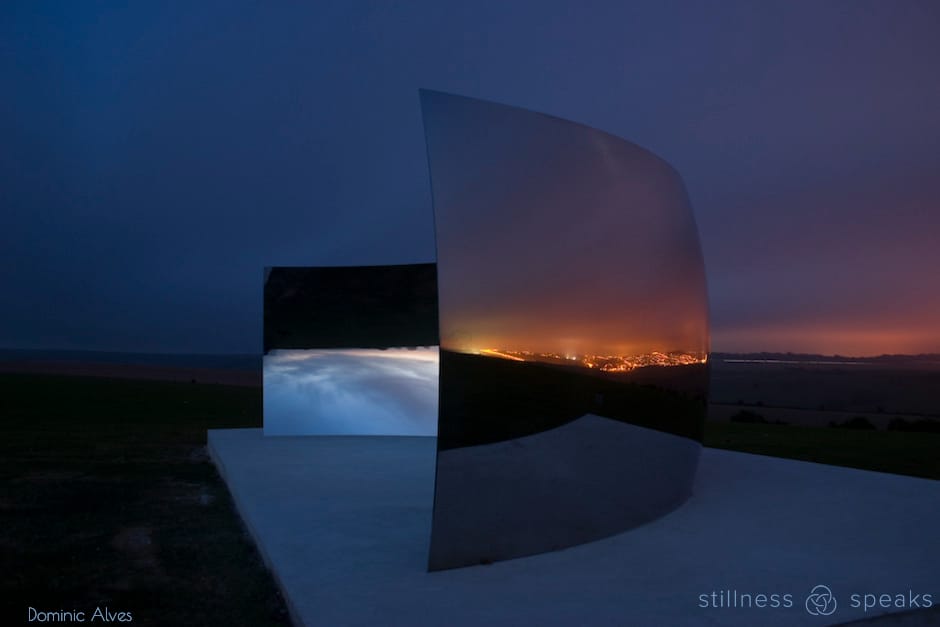 Thus shall ye think of all this fleeting world:
A star at dawn, a bauble in a stream;
A flash of lightning in a summer cloud,
A flickering lamp, a phantom, and a dream.
Buddha

The real position of an awakened person in relation to existence is that of a person in the process of reading a book—I am the reader and I never forget that….But my fundamental non- implication in the hero’s turns of fortune in no way affects the reader’s pleasure, nor even an identification with the hero!   ~ Stephen Jourdain

The World is Illusory;
God alone is real;
God is the world…

When your standpoint becomes that of wisdom,
you will find the world to be God.
Ramana Maharshi 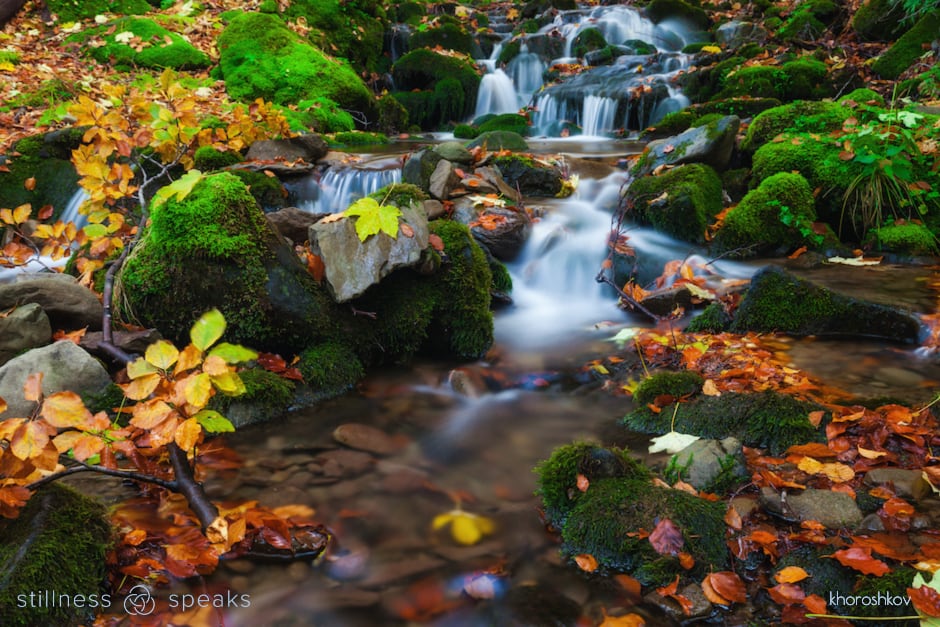 Distressed and outraged by the idea that the world is nothing more than an insubstantial and fleeting appearance, someone once asked an Advaita teacher if the starving Africans are real. The teacher replied, “They’re as real as you are.”

How real is that? That’s a great question to live with.

A dog, an ant, and a human all looking in the same direction do not see the same thing. Two humans don’t even see the same thing. Countless studies have shown that people often see what they expect to see, even when it is not actually there. Memory is notoriously capricious and creative. And as we’ve already noted, all perception is actually the past. So, does anything actually exist outside present experiencing? Is there such a thing as objective reality, or are there just infinite, momentary, subjective apparitions? And how would we know one way or the other? 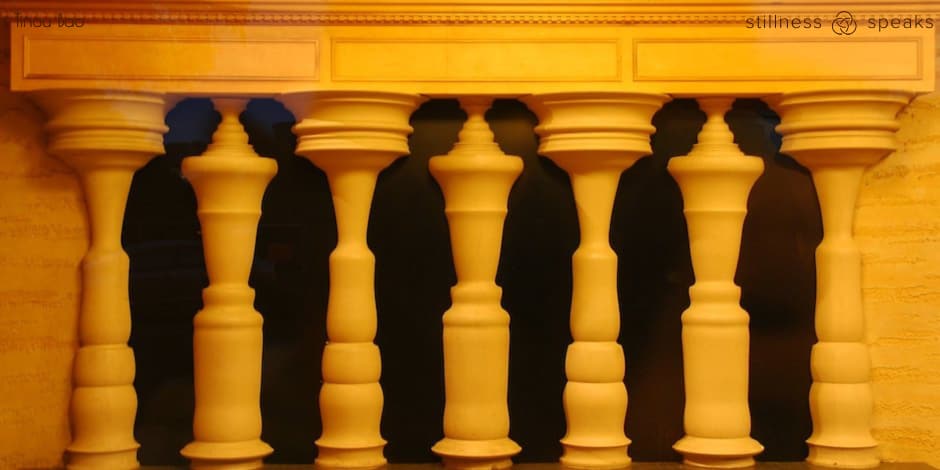 Human beings, with our ability to think abstractly and use language, have labeled and classified the universe that we perceive. These labels and classifications are useful for our survival and our day-to-day functioning. We can call this make-believe world created by perception, memory, thought and language the relative world. It is a world apparently divided up into many separate, independent objects. It is a world of opposites. It is a world that exists only in the mind.

When attention is absorbed in this virtual reality, it seems like there is “you” and “me” and “dogs” and “cats” and “events” and “problems” and “happenings” and “dilemmas” and “decisions” and “duality” and “non-duality” and “awareness” and “enlightenment” and all kinds of things going on. It’s like turning on the TV and getting absorbed in one program after another. It seems real. But how real is it? 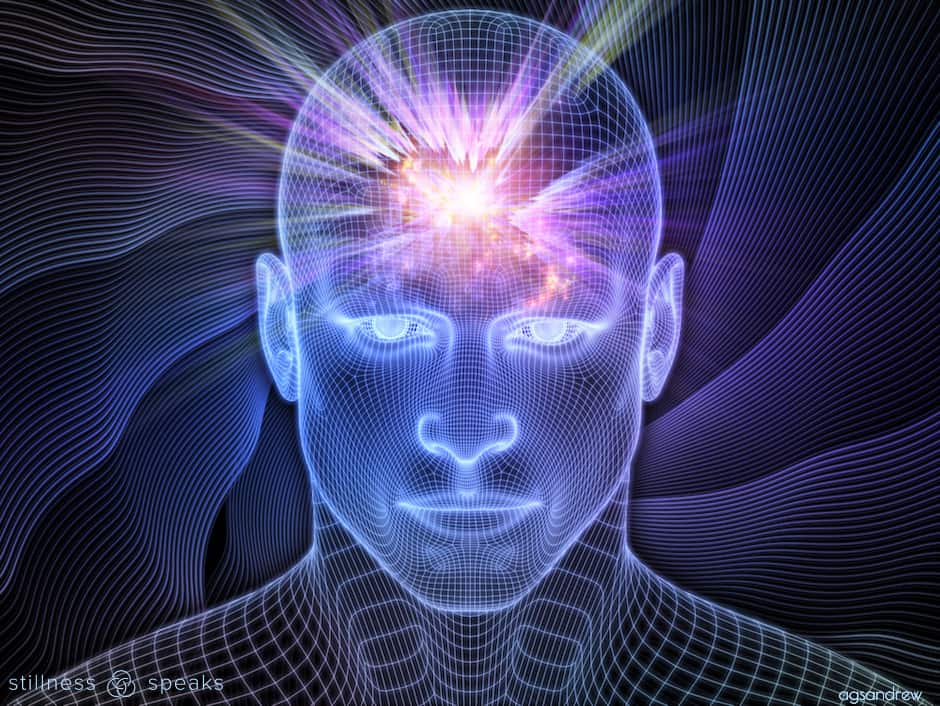 The absolute is the whole thing, which is no thing. The whole is container-less, boundless, limitless. The relative is all about containers, limits, boundaries, and the resulting objects and dualities. The absolute isn’t separate from the relative. It includes it, but it isn’t confined or divided by the imaginary boundaries and limits that language and thinking create.

The absolute is never not here. Our attention can be preoccupied with the relative, with the map, with the words and the world they create, with our beliefs and concepts to such a degree that it seems like the absolute has been lost. But has it? Where could it go?

Actually, the absolute is the only “thing” that really is here, but it is not a thing, so it defies all attempts to capture it mentally. 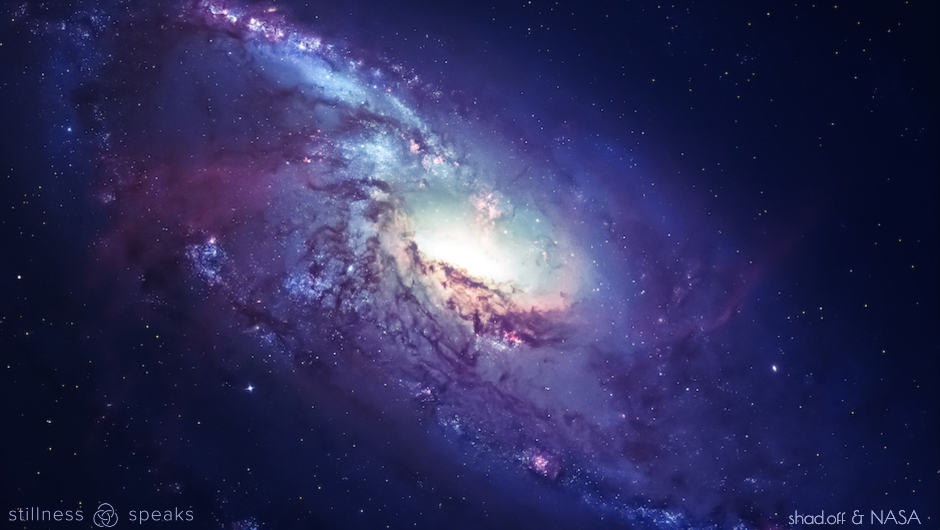 Every thing that you can see, name, think about, describe, experience, or understand depends on awareness to be. It is an impermanent appearance, a momentary pattern, an image in the brain or in Consciousness.

It has no independent reality. But we don’t usually feel that way about ourselves and the world we perceive. Despite everything we know intellectually about the unreliable nature of perception and memory, we nonetheless tend to regard our own perceptions and memories as reliable, factual and true. We tend to regard ourselves and the movie we’re appearing in as solid fact. It’s a very convincing illusion.

What gives every-thing its apparent reality is the presence in which it all appears. Presence is invisible. When you look to find it, you find nothing. Anything you find is not it. And yet, paradoxically, presence is the only “thing” of which you are entirely certain, without the slightest doubt. It is the one “thing” that cannot be denied. 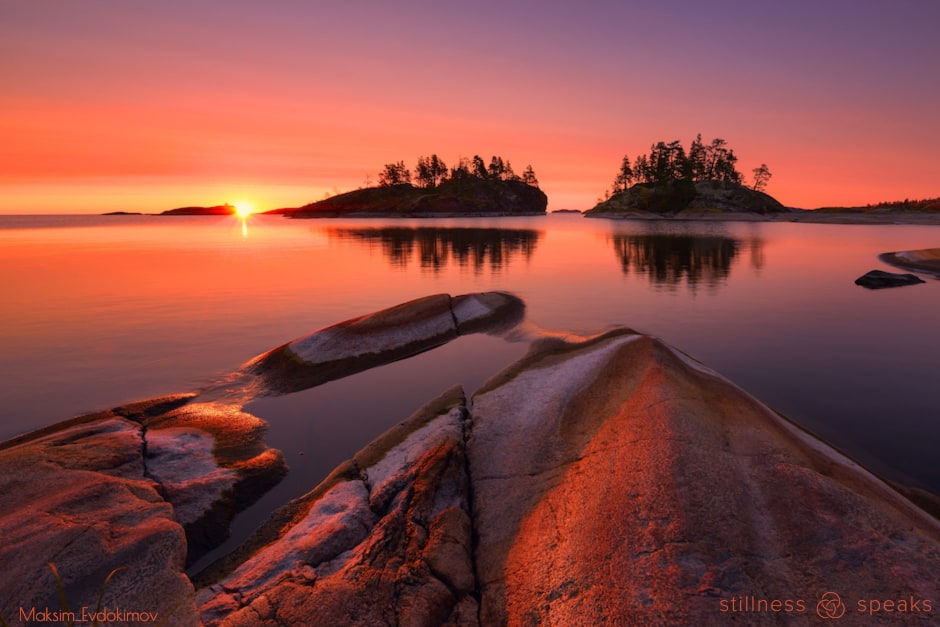 The mind can get itself all tangled up in knots trying to work this stuff out mentally. It won’t be worked out. The answer isn’t in the mind. It’s right here as soon as the mind relaxes its grip and gives up the search.

Hearing is happening. Seeing is happening. We don’t have to try to hear the traffic or the birds. Awareness happens on its own. Awareness is not a strategy. The me who wants to “do” awareness is a thought, the imagined subject of a thought like, “Am I doing it right?” This thought appears in awareness. This thought pretends that it refers to something real, that this something (“me”) possesses awareness. Actually, it is the other way around. 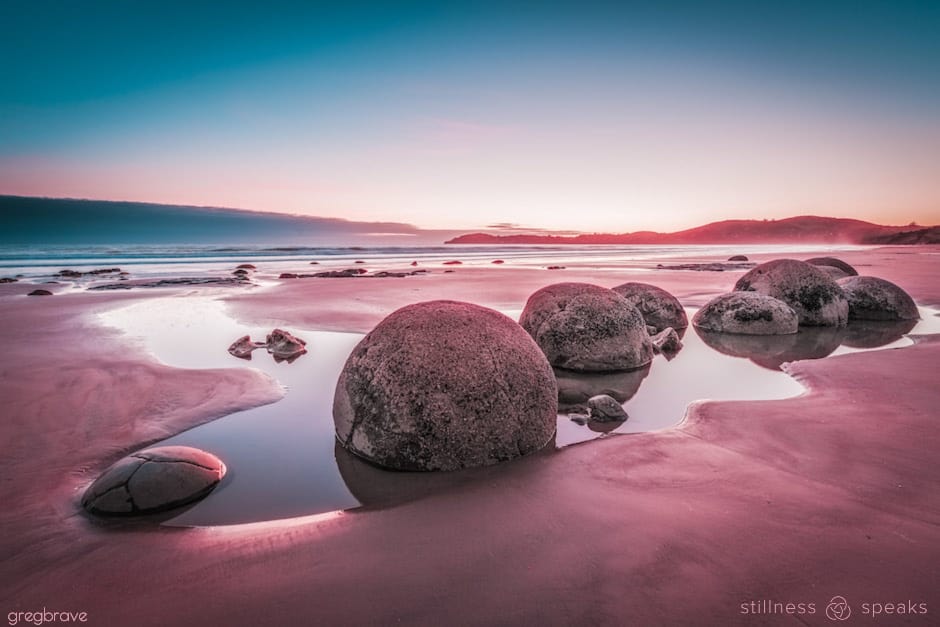 We lose track of the fact that thought is thought. We don’t realize that thought is creating the world we apparently live in; we think that thought is merely describing an objective reality. We think and imagine and believe that we are somebody, that something is lacking, that we have to get somewhere, that we have time to get from here to somewhere else. We imagine that the future is really out there. This all seems very real.

Are you ever really lost, or do you only pretend to be? Perhaps if you observe carefully, you will find that you actually enjoy getting lost, just as you enjoy going to the movies. But sooner or later, it is time to be found, time to come home. How to do that? Very simple. You are home. You can’t be anyplace else. The rope only looks like a snake. The problem doesn’t really exist.

Stay tuned for more from Joan’s book … the next sub-chapter titled: Meditation: The Joy of Nothing at All

Acknowledging and piercing through the illusion of separation naturally leads to … being kind and being there for one another … and in that spirit let us minimize (& hopefully dissolve) the current humanitarian crisis unfolding in Ukraine … by helping in whatever way we can … and to that end here are some options:

1) NPR: Want to support the people in Ukraine? Here’s how you can help

2) Washington Post: Here’s how Americans can donate to help people in Ukraine.

3) Go Fund Me: How to Help: Donate to Ukraine Relief Efforts.

4) USA Today: Want to support the people of Ukraine? These apps and websites can help you send money.

Ramana Maharshi’s opening quotes in the 1st blockquote section are from his Wikiquote page.

Images (edited & Logo added): 1 & Featured) The green-backed kingfisher perches on a branch in indonesian jungle,family Alcedinidae, endemic species to Indonesia, Exotic birding in Asia, Tangkoko, Sulawesi, beautiful colorful bird by jiri_hrebicek@centrum.cz, 2) Cover page from Joan’s book – New Sarum Press 2022 edition, 3) C-Curve – Anish Kapoor by Dominic Alves, 4) Autumn forest small creek by khoroshkov, 5) Illusion by Tinou Bao, 6) Bright Dreams. Lucid Mind series by agsandrew, 7) Awesome spiral galaxy many light years far from the Earth. Elements furnished by NASA by Shad.off, 8) Sunny morning on the rocky Islands of lake Ladoga by Maksim_Evdokimov, 9) Moeraki Boulders at sunrise in New Zealand by gregbrave. #2) provided by Joan for free use on our digital assets. All (except Joan’s book cover image) are purchased from depositphotos, all are for use only on our website/social channels (these images are not permitted to be shared separate from this post).

Presence: You Are The Present Moment – Joan Tollifson

Ecstasy of What Is – Joan Tollifson