Joan Tollifson: What is Truth? … Dissolving the Traps

“… if we remain with that open question, not answering it, but simply listening openly, wondering silently, then perhaps we will recognize the truth … as the living reality that we are …” ~ Joan Tollifson 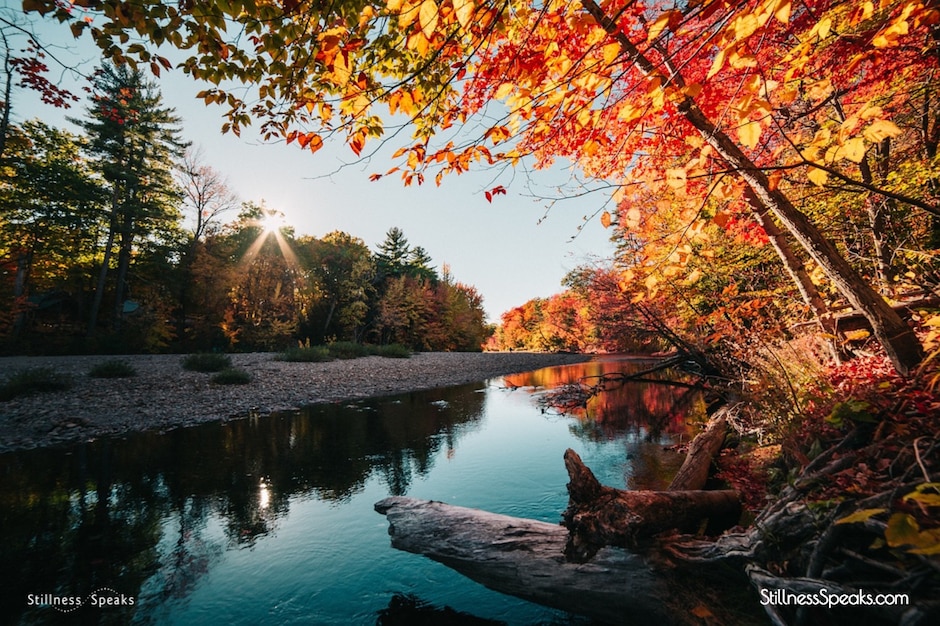 The onset of the self realization journey varies from individual to individual: a deep, inexplicable yearning to explore the “mystery” OR achieving our worldly goals and discovering “so what?” OR some physical or emotional trauma that triggers questioning whatever is the prevailing sense of reality OR simply an intellectual curiosity OR a sudden “awakening” or chance encounter with the “Mystery” that shatters reality as it were OR many other ways …

Our seeming intellectual predisposition, has served us well in the so-called practical navigation of the universe … so naturally we are drawn to the intellect for such explorations … but we discover that it tends to get in the way of this journey because concepts or thinking simply cannot map That which is here & now … That which we already are!

Ultimately (whether it is sudden or gradual), we “meet, or more accurately, realize Truth” where the question itself dissolves … where concepts or thinking are no longer in the way …

In this post, Joan Tollifson explores this key question and as is typical of her teachings, offers one of the clearest answers. She addresses some of the underlying, key dilemmas or “traps” such as thinking / conceptualizing – why, how it can keep one trapped in not realizing the truth … and the accompanying, potential, traps that can arise with awakening. Her exploration helps one to see the inherent illusion in the traps and thus realize the answer through one’s own direct experience of That which is always and already here and now.

All text below is from Joan (see credit at bottom of post) – except for Gangaji’s quotes and our preamble prior to the Awakening sub section further below. The subsections are our additions.

Our conditioned impulse from years of schooling is to answer that question. But anything we think or try to say about Truth is one-step removed; it is an abstraction. No word or concept can begin to capture the wholeness and the immediacy of this ever-present, ever-changing reality Here / Now. But if we remain with that open question, not answering it, but simply listening openly, wondering silently, then perhaps we will recognize the truth, not as something that we can grasp and pin down and possess, but as the living reality that we are.

Truth is simple. It is effortlessly always already the case. We could say that it is simply present moment experiencing, just as it is — this ever-changing, ever-present happening that has no beginning and no end, for it is always Here / Now.

Apparent complication arises when the thinking mind tries to make sense of this inexplicable happening and take hold of it conceptually. To some degree, this kind of conceptual thought is functionally necessary. It works very well in a practical sense as long as we don’t forget that the conceptual pictures it generates are only relatively true, but never absolutely true. For example, “the earth is a planet orbiting the sun.” This is a relative truth. It is functionally useful. But in the absolute sense, there is no such thing as an “earth” or a “sun,” for these are conceptual abstractions of what is actually ever-changing, inconceivable, seamless flux. 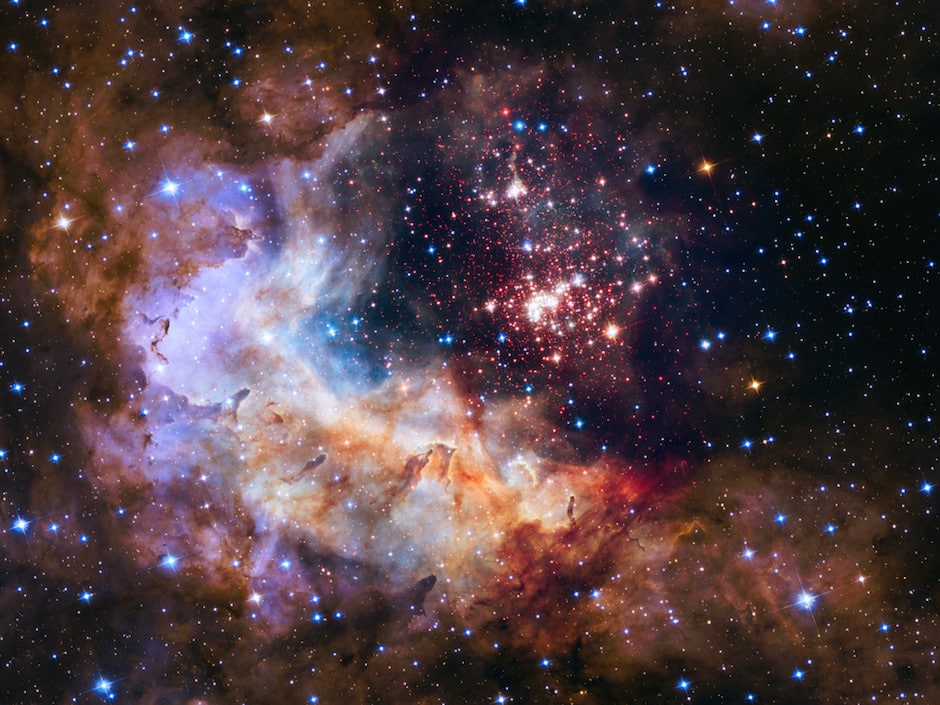 What satisfies that deep longing of the heart is the falling away of the attempt to make sense of everything. Of course, that doesn’t mean we don’t still make sense of things in a functional way in daily life. But we stop trying to take hold of the Totality, or to grasp the ground of being, or to figure out the nature of reality. Instead, we relax into simply being it. We begin to recognize (to see, to sense) when we’re grasping, and in that recognition, quite naturally there is an ability to relax and let go. When we simply stop trying to figure it all out, we discover that it doesn’t need to be figured out, and in fact, it never can be figured out!

Relative truths can all be doubted. But absolute Truth is not a relative thing that can be separated out and pinned down. It is not something to believe in or to doubt. It is rather the utter simplicity and immediacy of Here / Now — this boundless and seamless happening that is ever-present and ever-changing. This is not something mysterious that we need to seek and hope to someday find. It is much closer than that. It is most intimate, as they say in Zen. In fact, it is only by seeking it and trying to grasp it conceptually that we make it into something that can seemingly be lost or found.

Whenever we feel confused or doubtful, it’s a clue that we are lost in thoughts, trying to solve imaginary problems. When we are seeking the right understanding or the perfect formulation, or feeling doubtful about what Truth is, or trying to grasp it, it’s a clue that the thinking mind is trying to conceptualize what is actually inconceivable. The mind is chasing a kind of object that is imagined to be “out there” somewhere. But this undeniable aware presence that is Here / Now, this seeing-hearing-sensing-being, this present experiencing, this requires no belief and is impossible to doubt. This is obvious and unavoidable.

“There is a particular mind set that is an enormous obstacle to realizing the truth of who one is. That mind-set states that realization is either something that happened to someone else in the past, or something that may happen for you sometime in the future. If you give up both past or future as separate from right now, you see what is possible in this moment.” ~ Gangaji

Waking up or awakening has inherent paradoxes and dilemmas : any notions (whether read in a book or otherwise) about waking up can get stuck in the traps of how to get there and then upon “arrival” get stuck in comparisons with others (or some past story)  including what to do next.

Joan continues her exploration and addresses these traps, again leading one to clear insights that underscore the importance of direct experience. 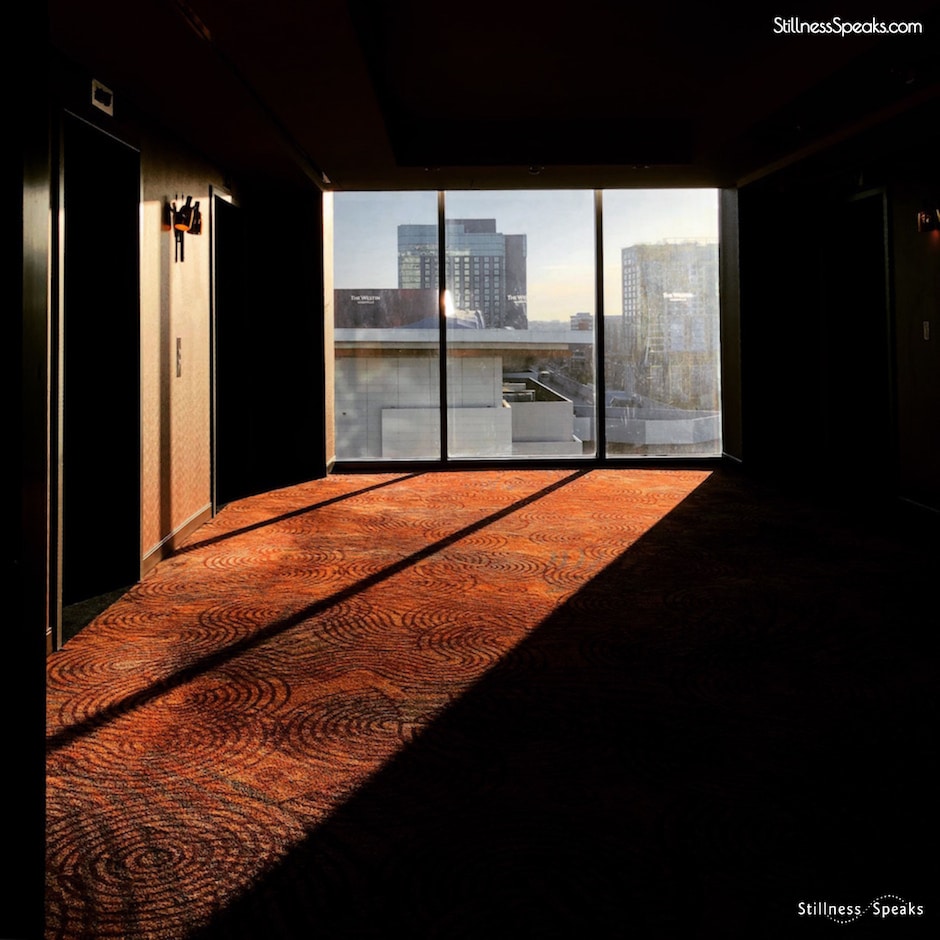 Waking up isn’t about getting something that isn’t here now. That very idea is illusion. So if you’re lost in thoughts about how you need to have some big awakening that you think you haven’t had, or thoughts about how you need to figure out what Truth is, come back to the unavoidable simplicity of this moment: the sensations of breathing, sounds of traffic, clouds blowing across the sky, these words on your computer screen, stomach gurgling, the song of a bird, the taste of tea, sunlight on the carpet. This is the Holy Reality.

If you notice the mind saying, “Okay, what’s next? I still haven’t awakened,” just notice that this is a thought. It tells a story. The story is fictional. The one who supposedly hasn’t awakened yet is a mirage (as is anyone you imagine to be awake).

These ideas about needing to get somewhere, and accomplish something, and become somebody are just ideas. There is nothing you need to accomplish in your life other than exactly what is already always accomplishing itself. And only in the story is anything happening that is definable or conceivable. The actuality of this moment is impossible to capture in a concept. So if you find yourself lost in thought, trying to work all this nondual stuff out in your head, is it possible to notice that mental treadmill and wake up right now to the wonder of this moment, just as it is? 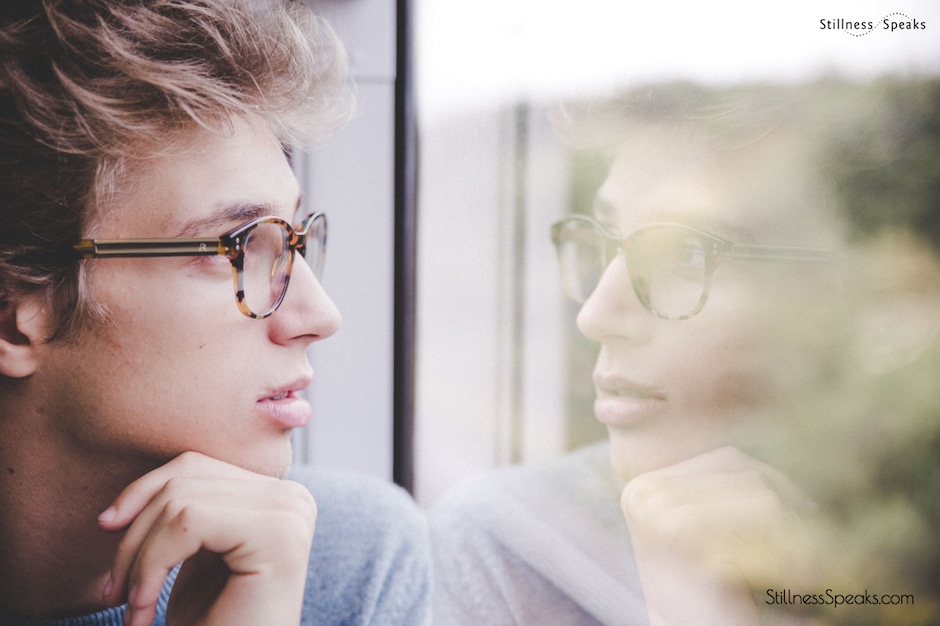 What is being pointed to is not a special experience that some people have and others don’t have. It is the tension in the stomach, the sound of the traffic, the aroma of dinner cooking.

There are no awakened people. There is only boundless being, ever-present and ever-changing — unavoidable and impossible to not be. You cannot not be what you are. There is nothing that is not the Truth.

Experiences come and go. They are inherently impermanent and inconceivable. Life shows up as what we describe as love affairs, holocausts, blooming flowers, tsunamis, sunlight, clouds, thunderstorms, airplanes flying into buildings, babies being born, explosions in distant galaxies. Thinking divides seamless flux into apparently separate pieces. It draws boundary lines and creates the illusion of solid, persisting, independent forms and then tries to figure out how the imaginary things it has just created all relate to each other. 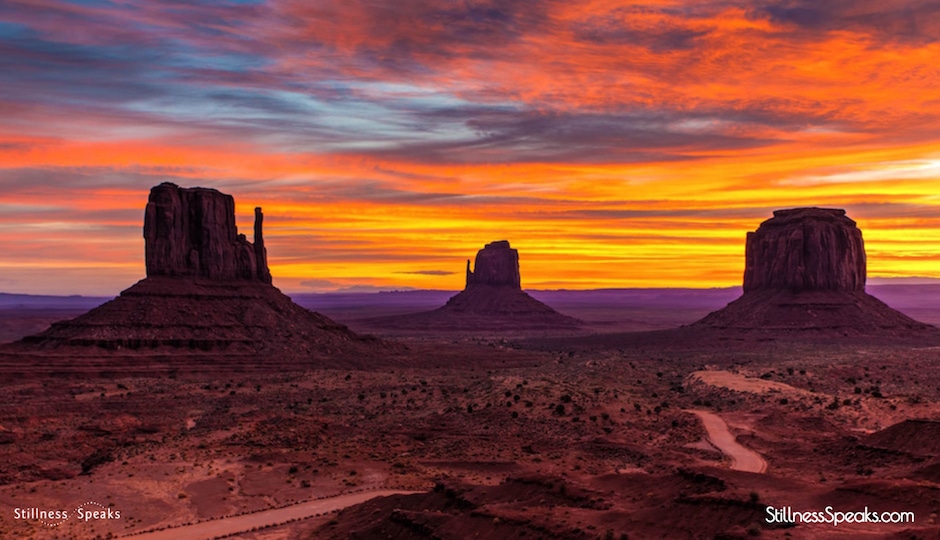 When an illusion is seen clearly, it loses its power. The mirage lake may still appear in the desert sands, but we no longer run after it looking for water. When we give careful attention to this moment, we discover directly that no thing really forms in the way we think it does. There is only thorough-going flux. Even thinking and conceptualizing are activities of this same undivided flux.

Realizing that no thing really exists doesn’t mean there’s nothing in some nihilistic sense! This vibrant aliveness of ever-changing color and shape, texture and smell, sound and sensation is undeniably appearing here right now. We can argue about how to interpret this appearance, whether it’s mind or matter, truth or illusion, dream or reality, but the beingness of it is undeniable.

Are we looking for an answer to some conceptual question, or some special experience that we once had or that we read about in a book? Can that grasping, searching movement of the mind relax? Is it possible to notice the actuality of simply being here — awake, alive, aware – hearing, seeing, sensing, breathing – not knowing what anything really is?

As Zen Master Dogen wrote centuries ago: “If you cannot find the Truth right where you are, where do you expect to find it?”

All the images, the subsections,Gangaji’s quotes and the contextual preambles are our additions.

Gangaji quotes from: You Are That,Volume I, Satsang with Gangaji

Images: (all edited and logo added) Featured and 1) Sunrise Trees by StockSnap, CC0 Public Domain, 2) NASA, ESA, the Hubble Heritage Team (STScI/AURA), A. Nota (ESA/STScI), and the Westerlund 2 Science Team, CC BY 4.0, 3) Photo by Jon Tyson on Unsplash, 4) Photo by Laurenz Kleinheider on Unsplash, 5) Photo by Robert Murray on Unsplash.