“Ultimate Reality is right here in plain view. It is never hidden, it requires no belief, and it is utterly beyond all doubt.”  – Joan Tollifson

“What is life all about? Does it mean anything? Where are we looking for happiness or liberation? Do we have free will? What is enlightenment and how can I get it? …. The thinking mind wants to find answers to these questions.” Joan Tollifson explores these questions in this seven part series. 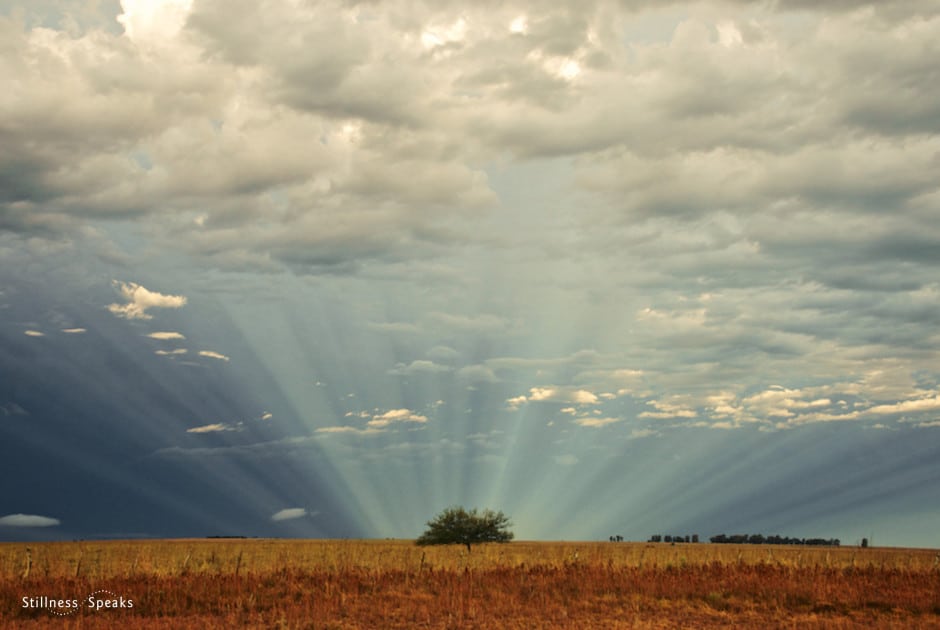 What is life all about? Does it mean anything? Where are we looking for happiness or liberation? Do we have free will? What is enlightenment and how can I get it? Can anything be done to free ourselves from depression, anxiety, compulsive behavior, wars, holocausts, prejudices? What is spiritual (and what isn’t)? What happens when we die?

The thinking mind wants to find answers to questions. When you’re trying to find out which bus to take or how to build a house, this ability to find answers is a useful function. But the thinking mind doesn’t know when to stop thinking or when thinking is useful and when it isn’t. And so, as we grow up, we live more and more in a conceptual world trying to think our way to happiness. We lose touch with the immediacy and wonder we had as children. 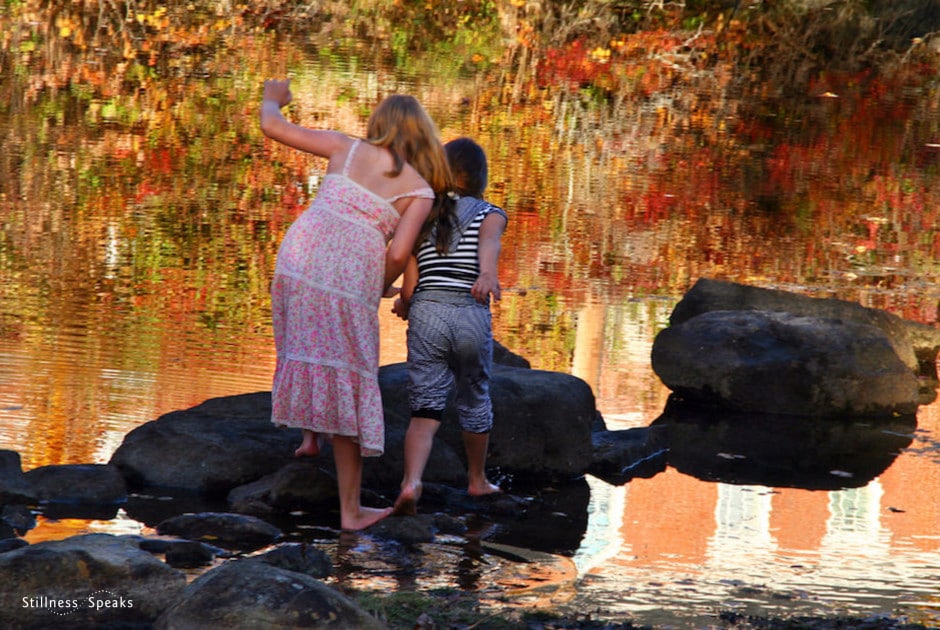 When I was a little girl, my mother used to give me a pail of water and a paintbrush so that I could paint on the sidewalk. I’d paint these paintings on the sidewalk with water, and they would disappear in a matter of minutes, but that didn’t matter because what I was enjoying was the sheer joy of doing it. It needed no reward, no praise, no permanence. It was complete in itself.

And then at another point in my life, I was an art student, and I can remember seriously questioning whether it was worth painting at all if I weren’t Leonardo or Picasso, if I were less than perfect. That sense of playfulness and curiosity that children have so naturally, enjoying the simplicity of being, gets overshadowed by this attempt to make something out of me, to make “me” into a successful me.

Very often when we come to spirituality, even when it’s supposedly all about waking up from this story of me, it morphs into it’s own new version of this same story, focused now on how successfully I’m waking up, how well I’m meditating, whether I’m enlightened or not. Oddly enough, this me that we’re so concerned about may be nothing more than a kind of mirage or mental image, the central character in a movie story generated by thought and imagination, nothing real at all.

How can we find out? Is it possible to wake up from this mental mirage, this entrancement in thought? What is it that would wake up? Is it “me”? Or is it something else?

Again, the thinking mind looks immediately for answers. We seek out authorities and adopt their views. We cling to ideas and explanations, and seek bigger and better experiences. 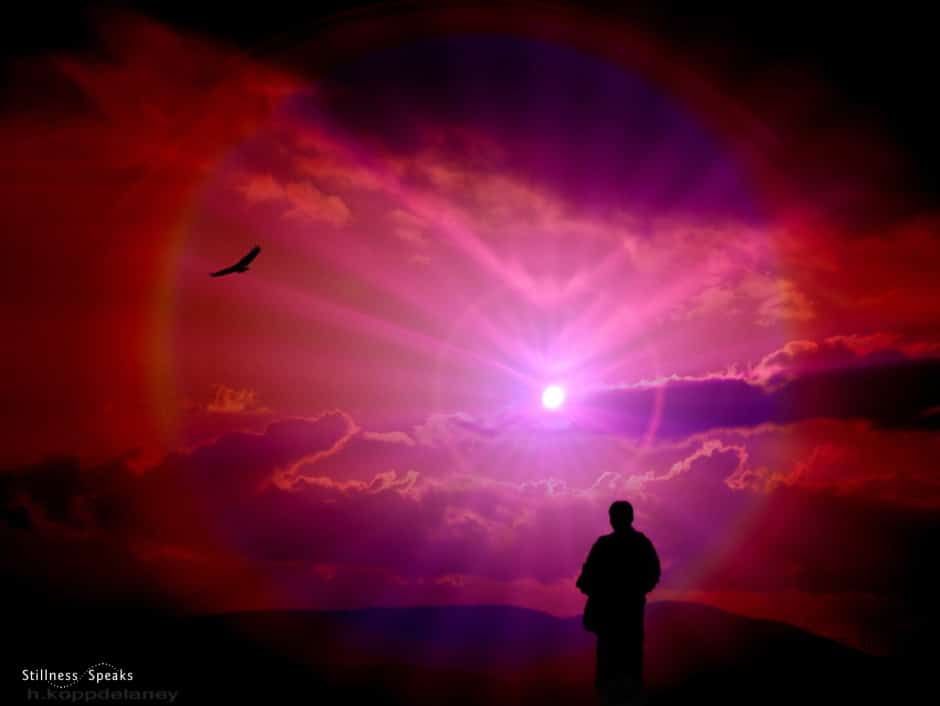 Liberation is not about having the answers, or having some particular experience, or being in some special state of consciousness that lasts forever. Liberation has nothing to do with belief, but is rather the freedom from belief (recognizing belief, questioning beliefs, holding all functional beliefs tentatively, seeing through false beliefs, seeing clearly that no belief is absolutely true). Waking up does not happen in the past or the future, only Now. Here / Now is the only eternity that actually exists. Liberation or enlightenment is not something you find or acquire like a new car. It is not some dazzling or exotic experience like being permanently high on ecstasy or LSD.

Liberation is seeing through or waking up from entrancement in the ubiquitous fabrications and mirages of conceptual thought, including the whole idea of being a separate someone who supposedly needs to be liberated. Liberation is being just this moment, recognizing the simplicity of what is and being awake to the undivided unicity that is ever-present and ever-changing.

Liberation is the absence of the belief that “this isn’t it,” and the falling away of the search for enlightenment “out there” somewhere in the future. Liberation is realizing the emptiness (the fluidity, the interdependence, the relativity, the impermanence) of every apparent form and the unbound openness that is always Here / Now even in the midst of apparent contraction or resistance.

Ultimate Reality is right here in plain view. It is never hidden, it requires no belief, and it is utterly beyond all doubt. It is showing up as breakfast dishes, laundry, sunlight on leaves, the barking of a dog, sound of traffic or rain, the humming of the computer, the taste of tea, the shapes of these words, and the awareness being and beholding it all. And only when we describe all of this in words does it seem as if “awareness” is one thing and “the taste of tea” is something else. The non-conceptual actuality of this breathing-hearing-seeing-awaring-being is undivided, without center or periphery. No inside, no outside. No subject, no object. Simply this, just as it is.

And then perhaps a thought: “There must be more to life than this,” or “What is the meaning of it all?” or “What about final enlightenment?” or “Isn’t this all just the phenomenal manifestation, and isn’t that an illusion?” Thought creates imaginary problems and tries to solve them. The complex human brain has an astonishing ability to conceptualize, imagine, remember, project, and think about things that have no actual reality. Yet even these thoughts are nothing but a momentary dream-like shape or expression of the One, undivided, boundless Whole.

Thought labels, categorizes, evaluates, and reifies the ever-changing perceptions that appear. Conceptual thought creates the hypnotic, mirage-like illusion of solid, persisting, independent things (including “me” and “you”) — the illusion of duality and separation. Thought imagines “me” as a separate character on a journey through time. It conjures up goals and stories of success and failure. It even creates the image of “me” as a serious spiritual person dedicated to getting rid of the “me.” But without thinking, where is the “me”? What am I, really?

In the upcoming posts of this series, Joan Tollifson continues her exploration of  “ultimate reality in plain view…”  and focuses on the entangled delusion of our beliefs. Stay tuned!

Joan Tollifson: The Simplicity of What Is (Part 2 of 7)