” …enlightenment is the end of the one who cares about being enlightened or unenlightened..” ~ Joan Tollifson 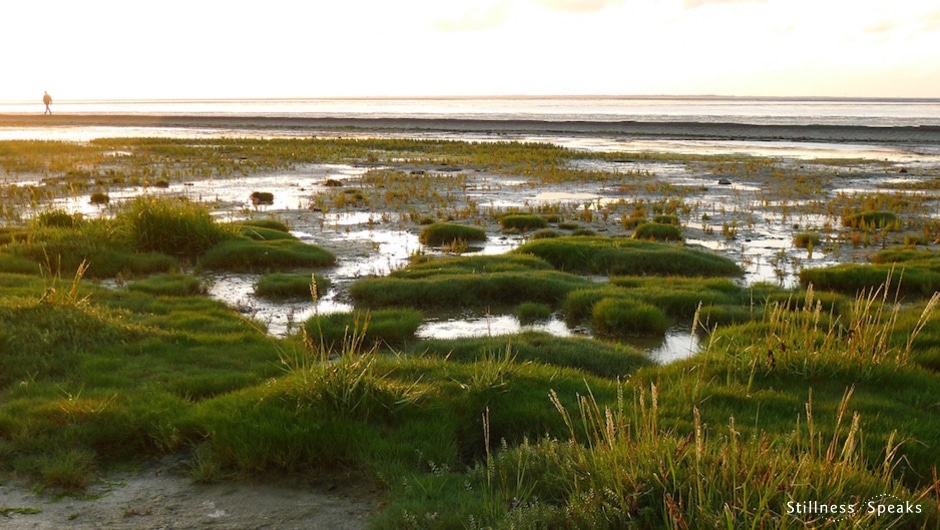 “Whenever there is confusion and seeking, it’s a clue that thought is busy chasing its own tail. Actuality is simple.”  Continue Joan Tollifson’s compelling exploration of the Simplicity of What Is in Part 4 of this seven part series.

In some spiritual circles, there is considerable preoccupation with having a big bang awakening, imagined to be some line in the sand that “you” cross, after which the mirage of encapsulation is forever, irrevocably ended, and after which “you” are a liberated sage at last! Among so-called seekers, there is often great fascination with teachers, sages, and gurus who have supposedly crossed that mythical line.

Everyone wants to hear their story. And above all, we want to know how this same wonderful thing can happen to me! Is it possible to see that this is the same old story about me? There may be people (but only ever in the dream-like movie of waking life) who have had all kinds of amazing experiences, but enlightenment is the end of the one who cares about being enlightened or unenlightened. It is the realization that there is not, and there has never been a separate person to get enlightened. And however many times the mirage of encapsulation appears, it is always only a mirage. And it isn’t “me” who wakes up from this mirage because “me” is the mirage! In fact, it isn’t “me” who does anything.

As “you” are reading these words right now, little markings appearing on this page in various combinations are being seen and instantly translated into meaning. Is there someone doing this remarkable activity, overseeing all these elaborate optical and neurological processes, or is it all happening automatically on its own? We say, “I” am reading, “I” am seeing, “I” am hearing, “I” am thinking, “I” stopped smoking, “I” overate. But what exactly is that “I”? Do “you” really know (or control) what “your” next thought or “your” next action will be?

Right here, there is the ability to put attention on your left foot and wiggle your toes. But how does all that actually happen and what initiates it? Where do will and intention come from? Once the mind tries to capture this happening in words, it instantly creates the mirage of duality. Suddenly we are apparently lost in imaginary problems and conundrums: Do I have free will? If so, why do I do things I don’t want to do? How can I change? What should I do? Can I do anything? Do I exist?

This is all thought. Whenever there is confusion and seeking, it’s a clue that thought is busy chasing its own tail. Actuality is simple. The present moment is simple. Here, there is no confusion, no problem, no free will, no absence of free will. You are simply doing whatever you are doing. And actually, there is no “you” doing any of it. That “you” is an after-thought, a mental image, a grammatical convention, a reification of some energetic flow that is truly no-thing at all. In actuality, life is simply living itself through the appearance of “you” and “me.” Truly seeing this eliminates all guilt and blame.

Given the “wrong” combination of genetics, neurochemistry, conditioning, provocation, and opportunity, what we consider horrible things can happen. “I” could be the perpetrator of such things, or “you” could. And while we would certainly want a serial killer or a child molester locked up for the protection of everyone; at the same time, if we look deeply, we can see that they are blameless. No one would commit atrocities if they really had a choice, if they were really free. Looking closely, it can be seen that if “I” were in “their” shoes (that is to say, if “I” had the same combination of genetics, neurochemistry, conditioning, provocation, and opportunity), then “I” would do exactly the same thing “they” did, because there is no “I” and no “them” apart from the “shoes” (the ten million conditions — nature and nurture). 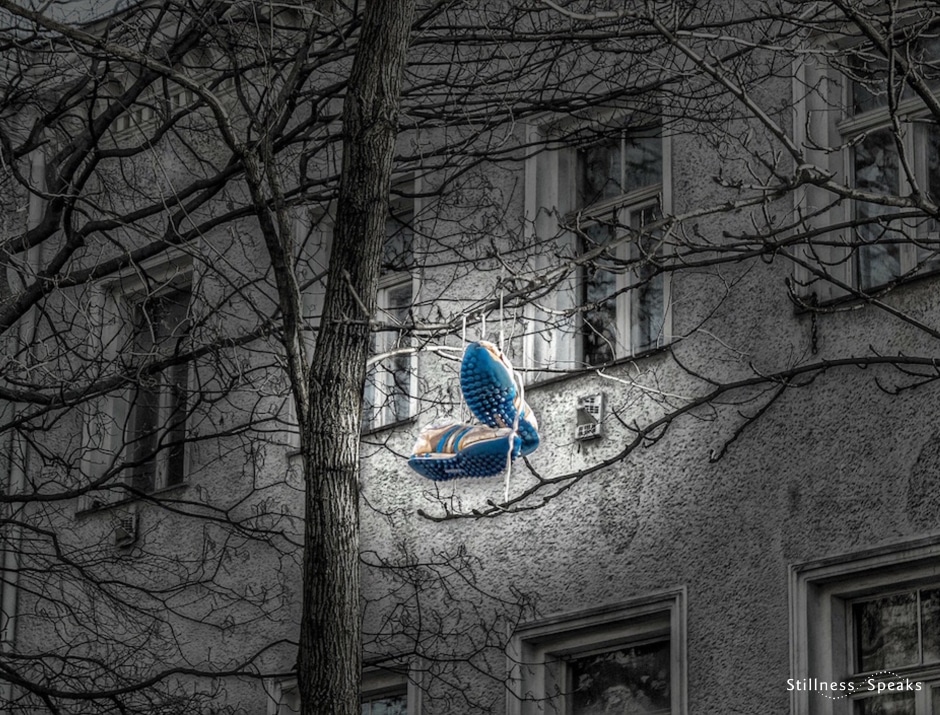 Does that mean that we should be totally passive or inert or maybe wildly licentious because, “It’s all just happening,” and “We have no choice”? No. It means that the “me” who could apparently choose to be this way or that way is a phantom, a mental image with no substance. Does that mean we are powerless, that nothing can be done?

Rather than slap down a conceptual answer (yes or no), is it possible to live with the question, to not know? Watch carefully as actions occur, as choices are made and decisions are reached – from the little ones like whether to get up from the chair, to the big ones like whether to get married or move across country – watch carefully. See if you can find the one in control, or if you can catch the decisive moment, or if you can explain how it all happens. You may find that you can’t find anyone at the helm or say how it is that “you” do the simplest things, like raising your arm or reading these words. On the other hand, you can’t really say that you can’t do things either, since there is clearly an ability right here to act. You simply can’t get hold (conceptually) of exactly what that is or how it works. And the more awareness is brought to any particular activity, the more refined the activity and the awareness seem to become, and the more possibilities open up. But who brings awareness to an activity? Is there a choice involved? You may find that words and concepts simply can’t contain the actuality.

Here, in non-conceptual actuality, is the natural response-ability and intelligence, the choiceless choice or effortless effort exerted by life itself: breathing, circulating blood, thinking, awareness of thinking, dreaming, waking up, appearing, disappearing — one indivisible immediacy in which there is nothing separate to have or not have free will, to cause or be caused, to be born or to die, to be enlightened or unenlightened. 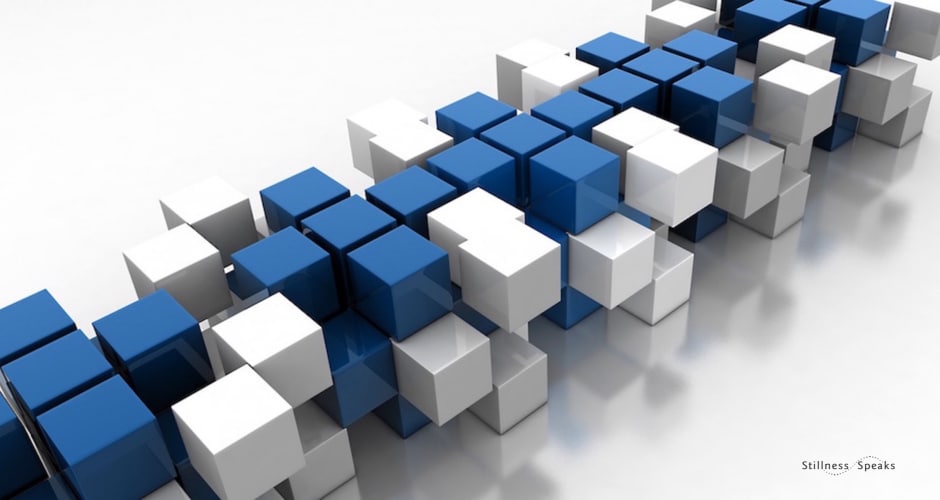 This is all imagination, a way of conceptualizing. The squares aren’t really separate; the boundaries don’t actually exist; they’re only conceptual, as are the imagined relationships between the squares, including time and space. The squares are actually not related at all because they’re not two. And this thinking process that imposes conceptual grids on wholeness is itself an aspect of the same wholeness, as is the awareness that sees through the imaginary grids. Everything is included in the Absolute. We could say that the Absolute includes the relative (the world of apparent grids), but isn’t bound by it. Awakening doesn’t mean ignoring, discounting or denying relative reality, but awakening sees through it. It recognizes the emptiness of everything. But in relative reality, the show goes on, and you (as an apparent character) play your part, apparently making choices and taking actions. 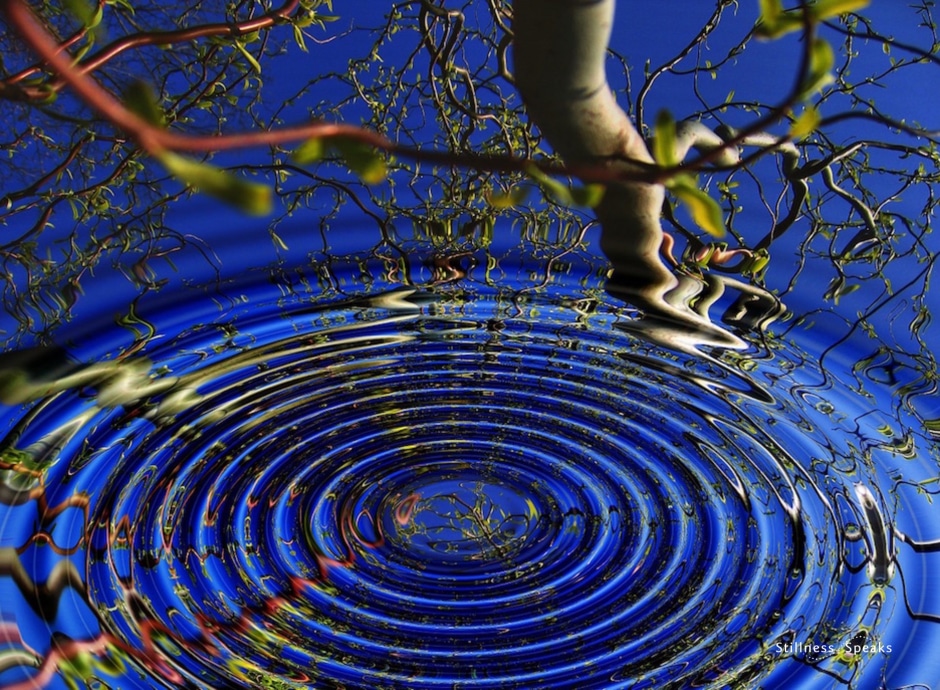 What we often think of or call choices are simply thoughts that arise unbidden that may or may not be followed by the result they appear to select. A thought such as “I am going to quit smoking” arises on its own out of the ten million conditions and may or may not be followed by the cessation of smoking because that thought has no power. The “I” to which it refers is a powerless mirage, an illusion. A mirage cannot choose to do (or not do) anything. From the perspective of this mirage-like imaginary fragment (“me”), this idea of having no choice and no free will sounds scary, as if “I” might then be a robot with no control. But this apparent dilemma vanishes into thin air with the realization that there is no “I” here in the first place to be either bound or free. Action happens, desires and intentions and aspirations happen, learning happens — but it is all one whole undivided happening.

Habitual thought-patterns and conditioned existence actually are quite robotic and mechanical, but what about the awareness that is beholding all of this and illuminating it — is that awareness mechanical and conditioned? Is it bound in any way? If you look for awareness, you will never find anything, for it is not an object outside of the looking. It is the emptiness of every apparent form, the no-thing-ness, the wholeness, the boundlessness, the aliveness, the awakeness.

In the upcoming posts of this series, Joan Tollifson continues her exploration of boundless awareness. “Boundlessness is the ever-present reality in spite of whatever form it appears to take, never because of any form it apparently takes.” …. and … here’s the entire seven part series.

Images: (all edited and logo added) 1) North Sea by Evondue 2) Forest by Counselling 3) Doors by Quimono  4) Sneakers by ThomasWolter 5) Cube by PIRO4D 6) Wave by Mikegi. All images are CC0 1.0 Public Domain from Pixabay.com.