“Liberation isn’t about getting rid of anything; it’s about seeing that the apparent obstacle has no reality and that the “me” who wants to stop thinking is just another mental image, another thought, another movie character in another story.” -Joan Tollifson 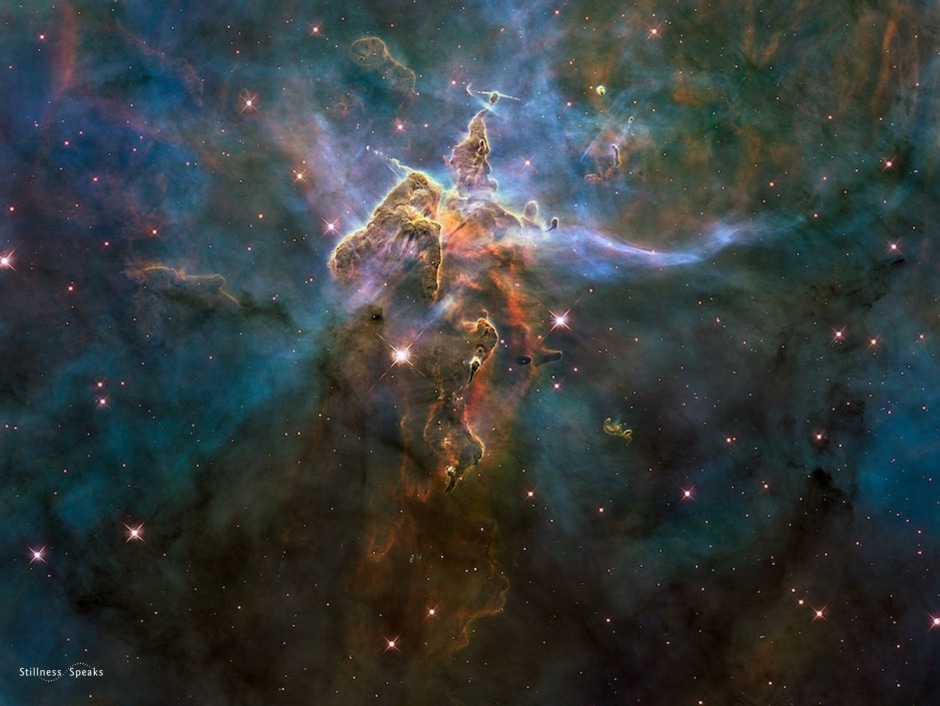 “Resisting suffering or trying to wake up is itself part of the suffering, part of the confusion. It doesn’t work because it is rooted in the illusion of separation…” Continue Joan Tollifson’s compelling exploration of the Simplicity of What Is in Part 5 of this seven part series. If you missed the earlier installments, read them now: Part 1, Part 2, Part 3 and Part 4.

When you look for the knower or the knowing that knows that “I am here,” or when you look for awareness or boundlessness, you find nothing that you can grasp, and yet, you find everything! You know that you (as presence-awareness) are here, and you know this with absolute doubtless certainty. Being here is beyond doubt. The presence Here / Now is undeniable.

No word can contain or describe what this presence is. It has been called emptiness, boundlessness, the Unborn, the Absolute, the Tao, Pure Awareness, Oneness, Buddha-Nature, the Self, Truth, Totality, the One Mind — the words are only pointers. They point beyond conceptualization, to what is utterly obvious and impossible to overlook. They point to Here / Now, the One Eternal (timeless) Present Moment. 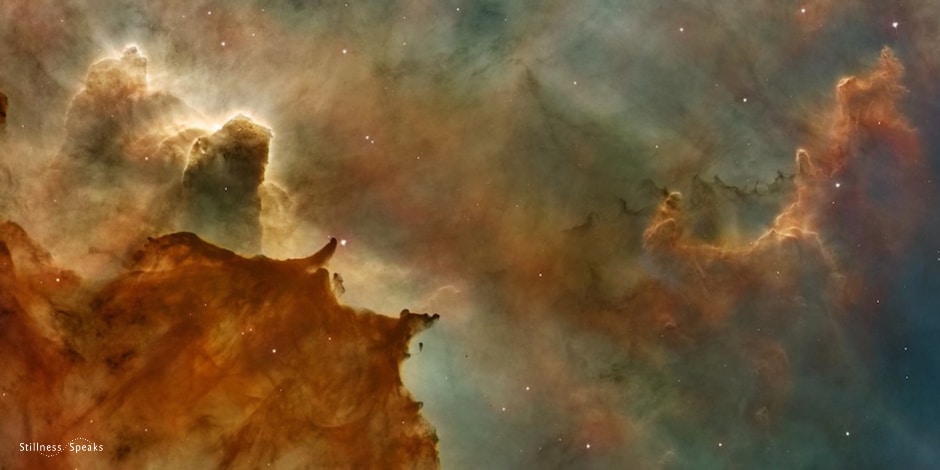 And what is that?

Any attempt to grasp it ends in frustration. And yet, this immediacy of present experiencing is unavoidably right here. It is not something mystical or mysterious or obscure or transcendental that you lack or must work very hard to see. It is this direct experiencing right now. It is seemingly obscured by the very effort to pin it down, grasp it mentally, conceptualize it. In that grasping and the ensuing frustration, we feel confused and separate. That grasping, seeking movement of thought creates the mirage of “me,” the phantom self that is always incomplete and seemingly needs to find something or become something or figure everything out. Waking up is simply relaxing that mental grasping. In the words of one Zen teacher, waking up is opening the hand of thought.

Boundlessness is actually omnipresent—it never really leaves us, even in the midst of grasping and seeking, for even the grasping and seeking is an activity of the same indivisible boundlessness, just as waves are an activity of the ocean. Boundlessness is the ever-present reality in spite of whatever form it appears to take, never because of any form it apparently takes. But whenever attention becomes absorbed in thoughts (mental movies, worries, obsessions), then it seems that boundlessness has been lost. It seems that “I” am a separate somebody struggling to regain “Oneness” or “awareness” or “the present moment,” as if that were some object apart from me that I need to find, grasp, understand, experience, merge with, identify with, or become. The mental mirage-world fills the screen and the story of separation and lack seems utterly real and convincing. And paradoxically, every attempt to get rid of the mirage only seems to confirm the imaginary problem and the one who seems to have the problem. Liberation is seeing that there is no need of a way out. 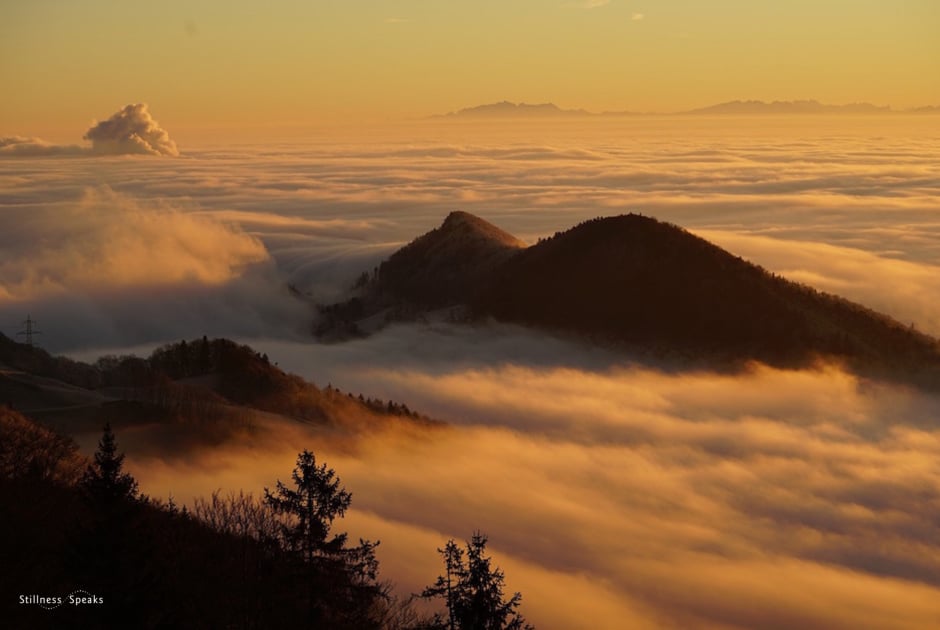 These thoughts, and the movies they unfold on the screen of awareness, are simply secretions of the brain, conditioned habit patterns, mental weather — there is nothing personal about them. There is no need to resist or vanquish them; simply see them for what they are. See that the “me” who appears trapped in the story is only a phantom. See how transparent it all is.

Seeing the mirage-world of thoughts and mental movies for what it is gets ever more subtle. Being down on yourself for “thinking too much” is just more thinking! There is no “you” doing the thinking or the seeing; that “you” is only another thought, another mental image. Liberation isn’t about getting rid of anything; it’s about seeing that the apparent obstacle has no reality and that the “me” who wants to stop thinking is just another mental image, another thought, another movie character in another story. 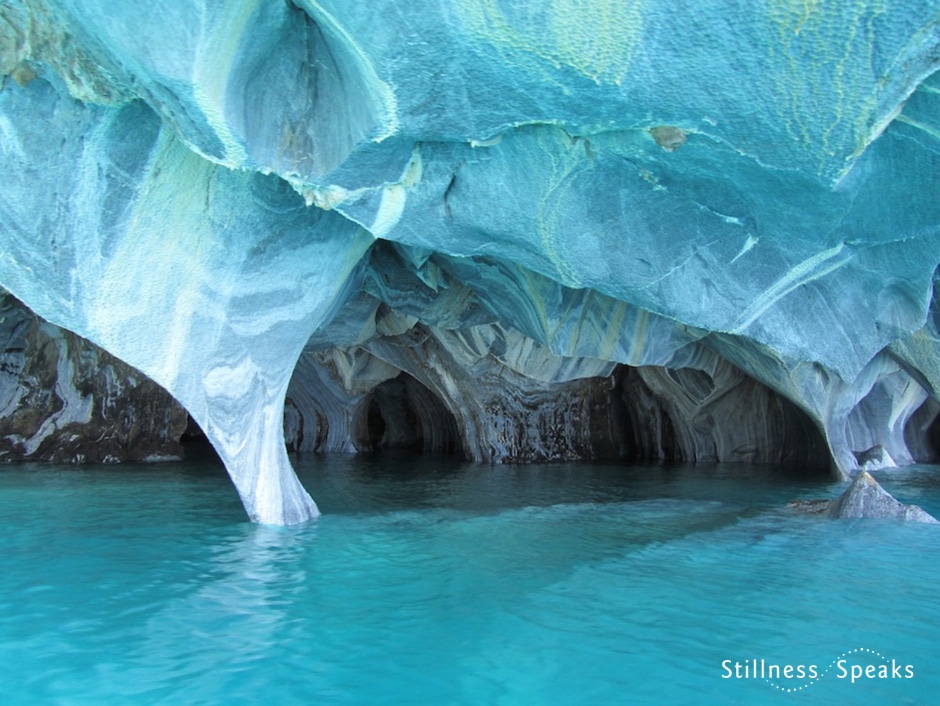 Boundlessness is unavoidable. It is right here in the smell of rain, the song of a bird, the whoosh of traffic, sensations. Totally alive. Ungraspable. No final result, no finish line, no Big Bang event, no you — just what is, as it is. No need for exotic experiences. Nothing to be eliminated or held on to, and nothing to be acquired or understood. Nothing excluded. Nothing singled out. Freedom is utterly simple and uncomplicated. If there is complication or confusion, it’s a clue that thought is busy chasing its own tail. And even this tail-chase is nothing but boundlessness.

Although everything is seamless and without division, entrancement in the story of separation is a different experience from open, spacious, unclouded awareness. In the extremes of entrancement, people torture and exterminate millions of other people because it seems like a good idea. Naturally, we want to wake up from such entrancement on both the personal and global levels. But there’s a very subtle catch here. 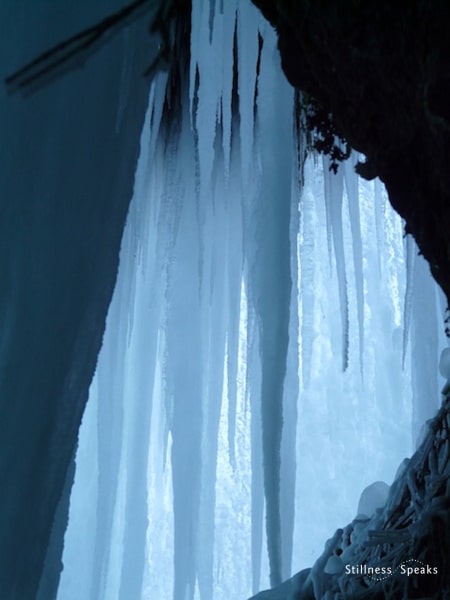 Resisting suffering or trying to wake up is itself part of the suffering, part of the confusion. It doesn’t  the same illusion and confusion that generates the suffering. Suffering can only end here and now with the total acceptance of what is. Acceptance doesn’t mean liking everything or approving of it. Acceptance doesn’t mean not taking action to change things. But action that is grounded in acceptance is very different from action that arises out of resistance and contraction.Acceptance is another word for awareness or unconditional love. It is actually the very nature of awareness to include and accept everything. So this acceptance isn’t some task we have to do. It is more like recognizing that everything is allowed to be as it is, obviously, because here it is! Everything is as it is, and in this moment, it could not be otherwise. But that doesn’t mean it can’t or won’t change in the next moment.

Taking action (or non-action) to relieve pain, heal injury, or correct injustice arises naturally. The universe acts. Ultimately, what is healed will be broken down again. All form is impermanent; it never even exists in the way we think it does. True freedom is recognizing the boundlessness that is unborn and undying, the boundlessness that is here regardless of relative circumstances and never because of relative circumstances.

If the movie begins playing in which “you” are trying to “get” this recognition, and feeling badly when it appears that “you” have failed, then simply notice that this is yet another movie, another dream-like appearance in consciousness, another story about the imaginary character. Boundlessness is already here. It can’t be lost (or found). Awareness includes everything and sticks to nothing. Clouds appear. Contraction appears. Pain appears. Resistance and tension appear. Expansion and relaxation appear. Mental movies appear and disappear. Dreams come and go. Everything disappears in deep sleep and death and reappears again in waking life. It’s all a boundless ebb and flow that includes absolutely everything, even contraction and distraction and resistance and the appearance of separation and encapsulation — even so-called “evil.” It all is. 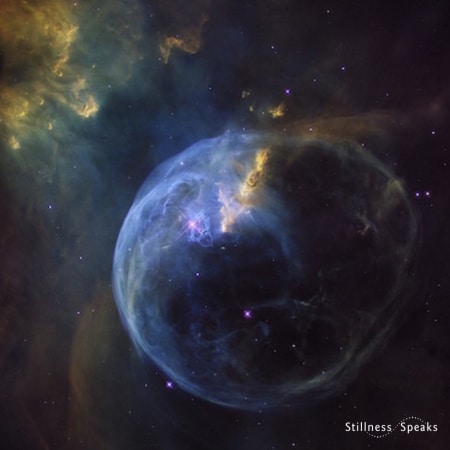 Recognizing that everything is boundlessness doesn’t mean losing the ability to differentiate between clarity and confusion, nor does it mean not flossing your teeth or not working to correct injustice if you are moved to do so. Unicity includes discernment and the ability to act. It includes the ability to notice errors and correct them. So awakening doesn’t mean we have to sit back and do nothing about problems because we have the idea that everything is “okay” as it is. As my first Zen teacher told me: “You’re perfect just as you are, and that doesn’t mean there’s no room for improvement.” There’s room for everything! But the true source of any action is the Totality, not the imaginary separate person. And whatever happens is a dream-like appearance. The last moment has already totally vanished into thin air! How real, how solid, how substantial was it?

There is no distance at all between samsara and nirvana. The illusion of distance is samsara, and nirvana is simply the realization that this distance, or separation, is imaginary. Liberation is not about “you” getting from samsara to nirvana. That is illusion. Liberation is the absence of that whole story of separation and lack.

In the upcoming posts of this series, Joan Tollifson continues her exploration of liberation and boundlessness. “Liberation is when all the answers, explanations and positions disappear, and what remains is the open mind of not knowing.” Stay tuned for Part 6.