“Liberation is the aliveness and immediacy beyond belief. Liberation is when all the answers, explanations and positions disappear, and what remains is the open mind of not knowing.” 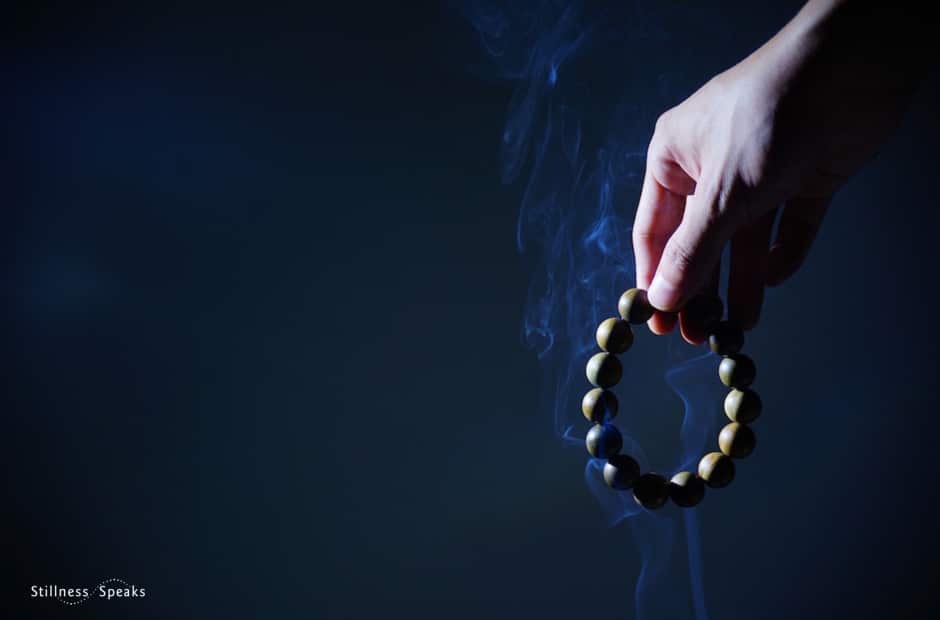 “Boundlessness… means that everything is equally insubstantial, that there are no separate “things” to be joined, that there is no substance to get hold of anywhere.” Continue Joan Tollifson’s brilliant exploration of non-duality in the Simplicity of What Is, Part 6 of this seven part series. If you missed the earlier installments, read them now: Part 1, Part 2, Part 3  Part 4 and Part 5.

But as a belief, all this is meaningless. Liberation isn’t about picking up a new belief system or a new set of answers (for example, that, “All is One,” or “There is nothing to attain,” or, “Consciousness is all there is,” or, “There is no free will,” or, “Everything is perfect.”). Liberation is the aliveness and immediacy beyond belief. Liberation is when all the answers, explanations and positions disappear, and what remains is the open mind of not knowing.

Thus it has been said, if you meet the Buddha, kill it. If you find the answer, drop it. Yesterday’s answer is today’s dead meat. Let it go. There is nothing real to hold onto. There is no enlightened person. There is only enlightened seeing, enlightened being, enlightened consciousness — impersonal clarity. There is no unenlightened person either — only confusion and entrancement, impersonal obscuration. All of this is like weather — it comes and goes — and all of it is an aspect of the undivided whole, inseparable from every other aspect: the confusion, the clarity, the desire to wake up, the impulse to clarify and heal, the various forms of meditative inquiry and exploration, the practices, the waking up from practices — all of it is what is. 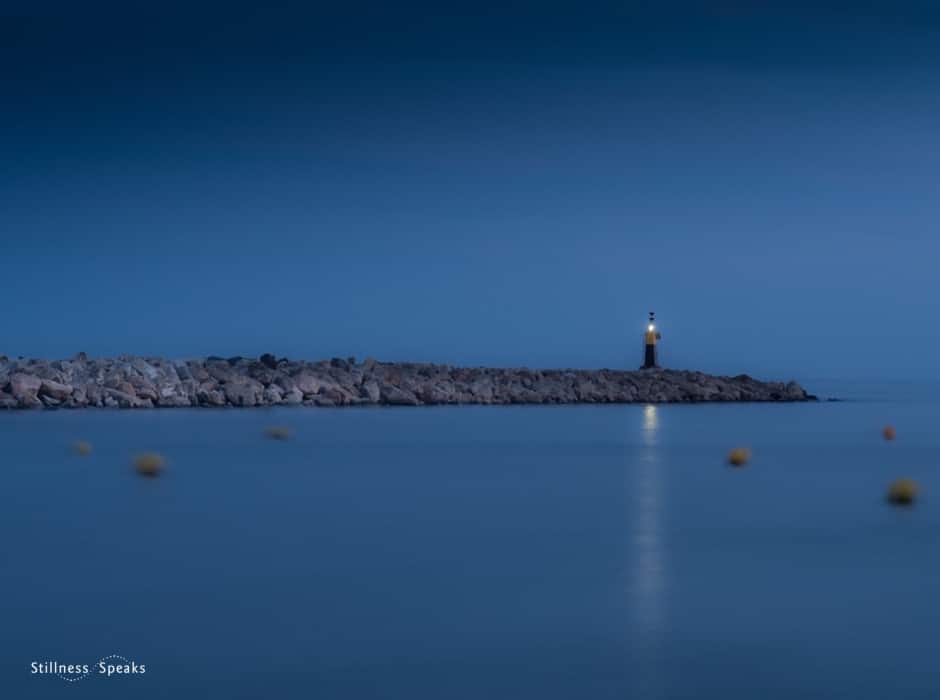 If you try to make sense of all this and adopt some fixed position or view, sooner or later, the ground you imagine yourself standing on will be swept away. Liberation is not a matter of pinning down the “right” answer or the “correct” position. Reality cannot be pinned down or put into a box. Does waking up take effort or is it effortless? Is there a choice or is it choiceless? Is the world real or unreal? Does what happens matter or not matter? Will I still be here after death or not? Such questions defy answers because they are all rooted in trying to describe the indescribable, and/or they are rooted in conceptual fallacies, like flat-earth questions (What will happen to me if I fall off the edge of the earth? You and the edge are both imaginary; the question is based on a misconception).

As soon as we have words like “Oneness” or “Emptiness” or “Awareness,” the word instantly creates the mirage-sense of an object, a separate thing. But that object isn’t real, it is conceptual, and it isn’t what these words are pointing to. Boundlessness is inconceivable, and yet it is visible everywhere, as everything. 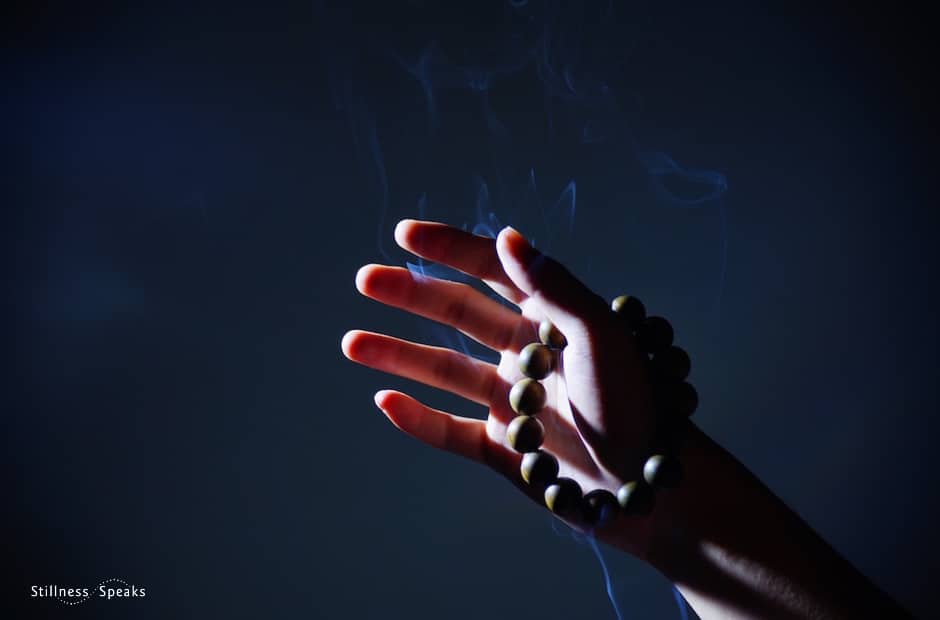 Boundlessness, Oneness, or Non-duality does not mean that a bunch of separate pieces are now joined together. It doesn’t mean that everything is made of one primal substance. It means that everything is equally insubstantial, that there are no separate “things” to be joined, that there is no substance to get hold of anywhere. And yet, that doesn’t mean there is nothing. Emptiness does not mean voidness or formless nothingness. There is an old Zen story where a Master asks a student to grab emptiness. The student makes a gesture of grabbing a handful of empty space. The Master says, “That’s nice, but there’s an even better way to grab emptiness.” He takes hold of the student’s nose and twists it. Everything is emptiness! The sensations of nose twisting are emptiness. Your nose is emptiness. And emptiness is nothing other than your nose. Emptiness means everything (including your nose) is empty of solidity and permanence and separation. Form and emptiness cannot be teased apart except in thought. Truth is not something mysterious you need to search for. It is just this– the computer screen, the shapes of these words, the roar of traffic, the gurgling stomach, the barking dog, your nose — just this. No-thing at all! 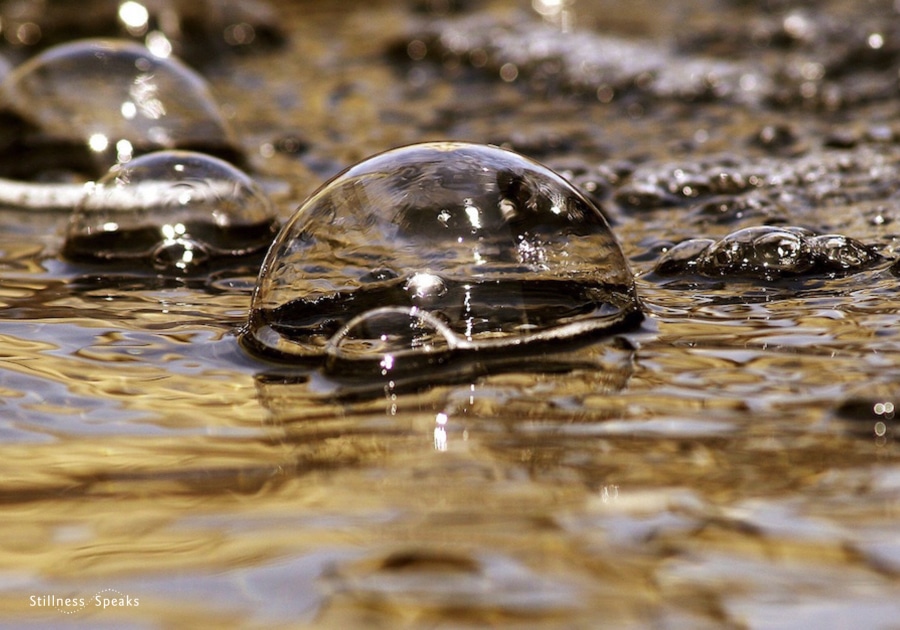 Ultimately, the universe is a fleeting dream, a bubble in a stream. Wipe your forehead and you’ve killed and maimed billions of micro-organisms. Horrible events and misfortunes are often the source of tremendous wisdom, insight, compassion, and awakening. Light and dark are two sides of the same coin, and there are no one-sided coins. Seeing this, there is more acceptance of life as it is. Enlightenment is not about “you” getting to the sunny side of the street and staying there permanently. Enlightenment embraces the whole picture. Enlightenment doesn’t mean dissociation or lack of caring, for it is the realization that everything is myself. The dividing lines are all imaginary. Enlightenment is unconditional love. Each drop of dew, each snowflake, each piece of trash in the gutter, each human being is unique and precious, and it’s all one seamless being, marvelously diverse but utterly without separation. When we really see that, naturally, there is compassion for all beings including ourselves. And sometimes the greatest compassion does not look like what we usually think of as compassion.

Whatever appears — whether it is confusion, resistance, pain, pleasure, efforting, bliss, boredom, me-stories, judgments and preferences, clear skies or thunderstorms — all of it is one seamless whole that cannot be pulled apart.

In the next post in this series Joan Tollifson concludes her exploration of liberation and boundlessness. Stay tuned for Part 7.

Images: (all edited and logo added) Featured and 1) Buddhist prayer beads, by vectorxue 2) Lighthouse, by manolofranco 3) Prayer Beads, by vectorxue  4) Bubbles, by werner22brigitte.  All images are CC0 1.0 Public Domain from Pixabay.com.

Joan Tollifson: The Simplicity of What Is (Part 2 of 7)