McMindfulness: “… stress is framed as a personal problem, and mindfulness is offered as just the right medicine to help employees work more efficiently and calmly within toxic environments …” ~ David Loy 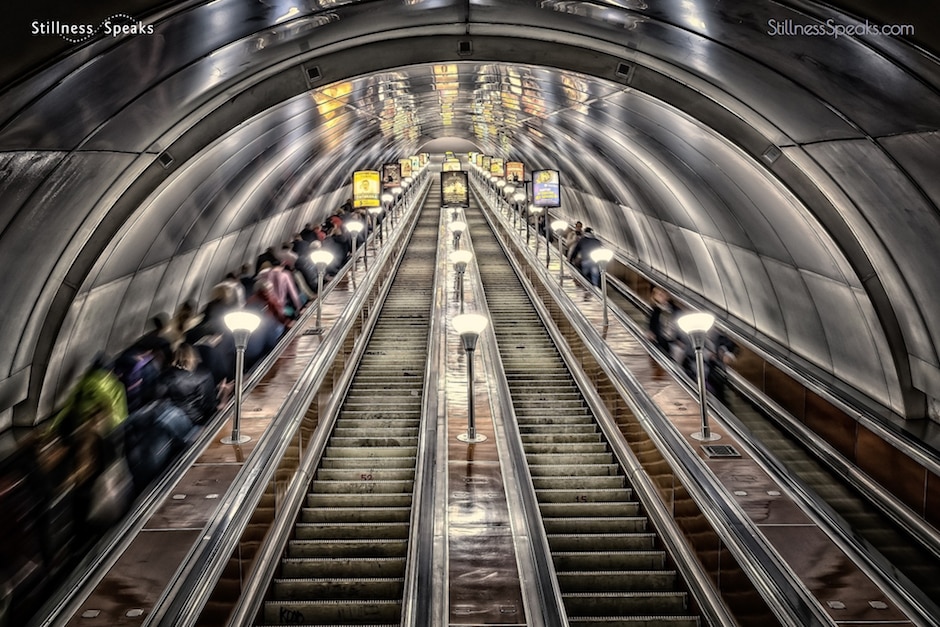 David Loy critically reflects upon the modern mindfulness movement. Is it staying true to its original Buddhist roots to end individual and collective suffering? Or, has it been secularized and co-opted by smart marketers targeting a stressed-out audience hungry for relief while supporting institutions embedded with greed, anger and delusion.

How is the modern mindfulness movement serving us? Is it accommodating the needs of the marketplace or is it offering a genuine resolution to the cause of our collective suffering, or social dukkha?

Loy is concerned that popular mindfulness practices are being manipulated to appease the people working and living inside institutions that are inherently unethical and morally questionable. Rather than exposing the roots of systemic suffering within institutions (school, corporation or government), McMindfulness helps workers mindfully adjust to systems that need fundamental change. With mindfulness practices, workers may be marginally less stressed-out, but the institutions of greed and delusion become stronger and more powerful.

While exposing the conflict inherent within the modern mindfulness movement, Loy hopes that we, as spiritual practitioners, don’t lose our ethical framework which lovingly nurtures the integrity and well-being of all life.

Suddenly mindfulness meditation has become mainstream, making its way into schools, corporations, prisons, and government agencies including the U.S. military. Millions of people are receiving tangible benefits from their mindfulness practice: less stress, better concentration, perhaps a little more empathy. Needless to say, this is an important development to be welcomed — but it has a shadow. 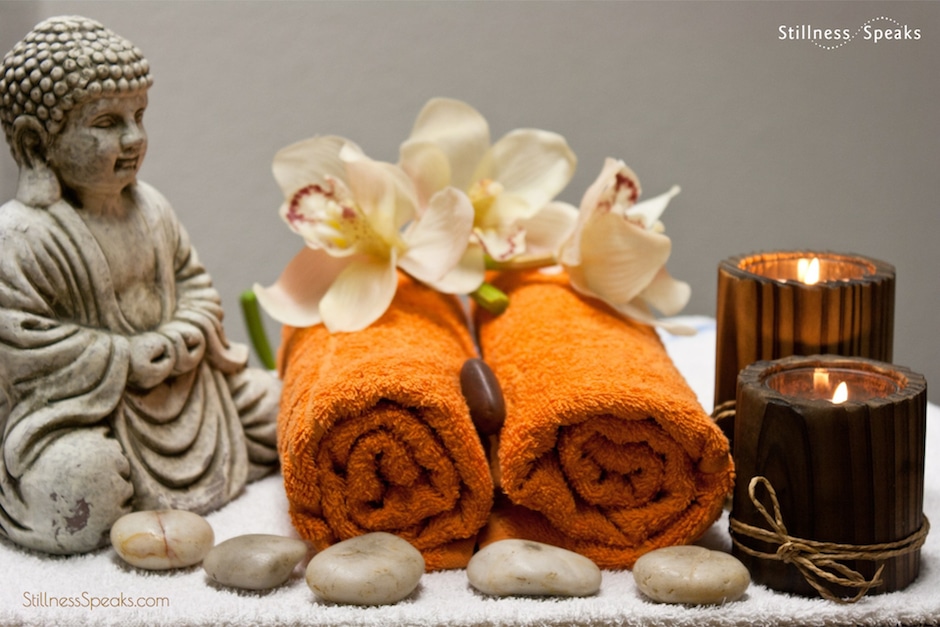 The mindfulness revolution appears to offer a universal panacea for resolving almost every area of daily concern. Recent books on the topic include: Mindful Parenting, Mindful Eating, Mindful Teaching, Mindful Politics, Mindful Therapy, Mindful Leadership, A Mindful Nation, Mindful Recovery, The Power of Mindful Learning, The Mindful Brain, The Mindful Way through Depression, The Mindful Path to Self-Compassion. Almost daily, the media cite scientific studies that report the numerous health benefits of mindfulness meditation and how such a simple practice can effect neurological changes in the brain.

The booming popularity of the mindfulness movement has also turned it into a lucrative cottage industry. Business savvy consultants pushing mindfulness training promise that it will improve work efficiency, reduce absenteeism, and enhance the “soft skills” that are crucial to career success. Some even assert that mindfulness training can act as a “disruptive technology,” reforming even the most dysfunctional companies into kinder, more compassionate and sustainable organizations. So far, however, no empirical studies have been published that support these claims.

In their branding efforts, proponents of mindfulness training usually preface their programs as being “Buddhist-inspired.” There is a certain cachet and hipness in telling neophytes that mindfulness is a legacy of Buddhism — a tradition famous for its ancient and time-tested meditation methods. But, sometimes in the same breath, consultants often assure their corporate sponsors that their particular brand of mindfulness has relinquished all ties and affiliations to its Buddhist origins.

Uncoupling mindfulness from its ethical and religious Buddhist context is understandable as an expedient move to make such training a viable product on the open market. But the rush to secularize and commodify mindfulness into a marketable technique may be leading to an unfortunate denaturing of this ancient practice, which was intended for far more than relieving a headache, reducing blood pressure, or helping executives become better focused and more productive.

The Trap of McMindfulness

While a stripped-down, secularized technique — what some critics are now calling “McMindfulness” — may make it more palatable to the corporate world, decontextualizing mindfulness from its original liberative and transformative purpose, as well as its foundation in social ethics, amounts to a Faustian bargain. Rather than applying mindfulness as a means to awaken individuals and organizations from the unwholesome roots of greed, ill will and delusion, it is usually being refashioned into a banal, therapeutic, self-help technique that can actually reinforce those roots.

Most scientific and popular accounts circulating in the media have portrayed mindfulness in terms of stress reduction and attention-enhancement. These human performance benefits are heralded as the sine qua non of mindfulness and its major attraction for modern corporations. But mindfulness, as understood and practiced within the Buddhist tradition, is not merely an ethically-neutral technique for reducing stress and improving concentration. Rather, mindfulness is a distinct quality of attention that is dependent upon and influenced by many other factors: the nature of our thoughts, speech and actions; our way of making a living; and our efforts to avoid unwholesome and unskillful behaviors, while developing those that are conducive to wise action, social harmony, and compassion.

This is why Buddhists differentiate between Right Mindfulness (samma sati) and Wrong Mindfulness (miccha sati). The distinction is not moralistic: the issue is whether the quality of awareness is characterized by wholesome intentions and positive mental qualities that lead to human flourishing and optimal well-being for others as well as oneself.

According to the Pali Canon (the earliest recorded teachings of the Buddha), even a person committing a premeditated and heinous crime can be exercising mindfulness, albeit wrong mindfulness. Clearly, the mindful attention and single-minded concentration of a terrorist, sniper assassin, or white-collar criminal is not the same quality of mindfulness that the Dalai Lama and other Buddhist adepts have developed.

Right Mindfulness is guided by intentions and motivations based on self-restraint, wholesome mental states, and ethical behaviors — goals that include but supersede stress reduction and improvements in concentration.

Another common misconception is that mindfulness meditation is a private, internal affair. Mindfulness is often marketed as a method for personal self-fulfillment, a reprieve from the trials and tribulations of cut-throat corporate life. Such an individualistic and consumer orientation to the practice of mindfulness may be effective for self-preservation and self-advancement, but is essentially impotent for mitigating the causes of collective and organizational distress. 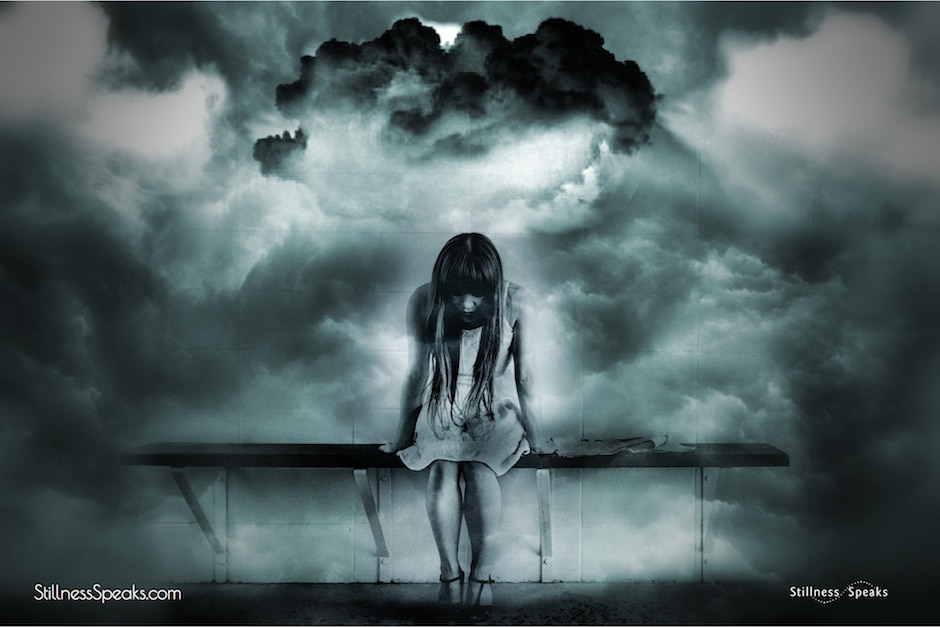 When mindfulness practice is compartmentalized in this way, the interconnectedness of personal motives is lost. There is a dissociation between one’s own personal transformation and the kind of social and organizational transformation that takes into account the causes and conditions of suffering in the broader environment. Such a colonization of mindfulness also has an instrumentalizing effect, reorienting the practice to the needs of the market, rather than to a critical reflection on the causes of our collective suffering, or social dukkha.

The Buddha emphasized that his teaching was about understanding and ending dukkha (“suffering” in the broadest sense).

So what about the dukkha caused by the ways institutions operate?

Many corporate advocates argue that transformational change starts with oneself: if one’s mind can become more focused and peaceful, then social and organizational transformation will naturally follow. The problem with this formulation is that today the three unwholesome motivations that Buddhism highlights — greed, ill will, and delusion — are no longer confined to individual minds, but have become institutionalized into forces beyond personal control.

Up to now, the mindfulness movement has avoided any serious consideration of why stress is so pervasive in modern business institutions. Instead, corporations have jumped on the mindfulness bandwagon because it conveniently shifts the burden onto the individual employee:

…stress is framed as a personal problem, and mindfulness is offered as just the right medicine to help employees work more efficiently and calmly within toxic environments.

Cloaked in an aura of care and humanity, mindfulness is refashioned into a safety valve, as a way to let off steam — a technique for coping with and adapting to the stresses and strains of corporate life.

The result is an atomized and highly privatized version of mindfulness practice, which is easily coopted and confined to what Jeremy Carrette and Richard King, in their book Selling Spirituality: The Silent Takeover of Religion, describe as an “accommodationist” orientation. Mindfulness training has wide appeal because it has become a trendy method for subduing employee unrest, promoting a tacit acceptance of the status quo, and as an instrumental tool for keeping attention focused on institutional goals.

In many respects, corporate mindfulness training — with its promise that calmer, less stressed employees will be more productive — has a close family resemblance to now-discredited “human relations” and sensitivity-training movements that were popular in the 1950s and 1960s. These training programs were criticized for their manipulative use of counseling techniques, such as “active listening,” deployed as a means for pacifying employees by making them feel that their concerns were heard while existing conditions in the workplace remained unchanged. These methods came to be referred to as “cow psychology,” because contented and docile cows give more milk.

Bhikkhu Bodhi, an outspoken western Buddhist monk, has warned: “absent a sharp social critique, Buddhist practices could easily be used to justify and stabilize the status quo, becoming a reinforcement of consumer capitalism.” Unfortunately, a more ethical and socially responsible view of mindfulness is now seen by many practitioners as a tangential concern, or as an unnecessary politicizing of one’s personal journey of self-transformation.

One hopes that the mindfulness movement will not follow the usual trajectory of most corporate fads — unbridled enthusiasm, uncritical acceptance of the status quo, and eventual disillusionment. To become a genuine force for positive personal and social transformation, it must reclaim an ethical framework and aspire to more lofty purposes that take into account the well-being of all living beings.

Written by David R. Loy and published here through courtesy of Mountain Cloud Zen Center. Article was originally published as Beyond McMindfulness in the Huffington Post, July 1, 2013

Images (edited and logo added): 1) Metro by Tama66  2) Wellness by nnoek 3) Dandelion by monsterkoi  4) Worried girl by kalhh and featured & 5) Head blowing by geralt. All images are CC0 1.0 Universal, Public Domain from Pixabay.com