“With the ever growing impact of science on our lives, religion and spirituality have a greater role to play reminding us of our humanity. There is no contradiction between the two. Each gives us valuable insights into the other. Both science and the teachings of the Buddha tell us of the fundamental unity of all things.” ~ His Holiness The Dalai Lama excerpt from The 14th Dalai Lama’s Acceptance Speech, on the occasion of the award of the Nobel Peace Prize in Oslo, December 10, 1989. The intersection of Science and Consciousness, a frontier of explosive innovation and growth, continues to bring insightful, imaginative thinking not just in technology and science but thankfully also in the arenas of consciousness and human development, e.g., meditation, mindfulness, and compassion. Naturally, such explorations have also entered the arena of self discovery, particularly Zen & Buddhism.

In recent years there is emerging research about Zen and its intersection with Neuroscience and related fields. Again, His Holiness The Dalai Lama : “Buddhism and science are not conflicting perspectives on the world, but rather differing approaches to the same end: Seeking the truth.”  ~ excerpt from the Dalai Lama’s foreword to the 2003 book, Destructive Emotions: How Can We Overcome Them? via Thoughts on the mind from the Dalai Lama, Stanford School of Medicine.

This post is part of an ongoing multi part series exploring this intersection.

Founded by Zen Priest and Buddhist Teacher, Roshi Joan Halifax, Upaya Zen Center is committed to clarifying and deepening wisdom and compassion in the journey of transformation – both personal and social. Roshi Joan is a visionary & pioneering leader in Western Buddhism, particularly Engaged Buddhism. Her extensive work is available in many forms: books, videos, articles, & interviews. Aside from being a leading voice in Western Buddhism she is also far-sighted about adopting technology to spread her service worldwide. Upaya started podcasting dharma talks in 2005 and it now offers one of the largest library of Buddhism related podcasts – 1500+ episodes & growing – with audience in six continents covering almost all countries except a handful!

One of Upaya’s pioneering work is in the field Zen and Neuroscience. Upaya has been offering a groundbreaking retreat, for the last several years, titled Zen Brain where leading voices in Neuroscience, Neurology, Psychology and Cognitive Science, Psychiatry, Buddhist philosophy, Consciousness studies, Neuropsychology, and other related fields come together with Buddhist teachers and practitioners to explore this emerging and fascinating “zen and neuro-mindscape.”

Recently Zen Brain has been renamed to Varela Symposium – in honor of the “late neuroscientist and philosopher Francisco Varela, who emphasized the profound value of interdisciplinary approaches to scientific, social, and personal transformation. Dr. Varela was a close associate of Roshi Joan Halifax, … and an important influence on the ethos of Upaya …”

“We live in a time of extraordinary moral and ethical challenges and moral suffering, at personal, social, cultural, environmental, and global levels. We need to understand more deeply the value of developing moral sensitivity, moral character, and moral resilience in a world imperiled by moral and ethical conflicts.” That is the opening summary of another fascinating Zen Brain retreat where neuroscientists, philosophers, and contemplatives in relation to leaders in the fields of social justice, medical ethics, and peacemaking explore “… vital questions around how the brain and mind operate in relation to ethical conflicts and how we understand the processes by which world-views, deeply held values, and intentions inform ethical decisions. We look at what is known of the neural and social correlates of ethical discernment. We also examine the role of ethics in contemplative traditions, leadership, and the philosophical underpinnings of morality and ethics from a psycho-social perspective …”

In Part 1, Roshi Joan “… gives a short overview of the history of the program and how it arose out of her work with the Mind and Life Institute …” and each faculty member shares what they will explore during the retreat. In Part 2, Dr. Evan Thompson “…explores the relationship between science and contemplative practice in the context of our current geological age of human impact on planet Earth.” in his talk titled: Ethics of Science and Experience in the Age of the Anthropocene.

Part 3, Rhonda Magee contrasts “…her professional identities (such as being a law professor and an academic) with identities that have been socially imposed upon her (such as being a woman and a person of color) …” in a talk titled: Deepening Social Justice Through Awareness and Compassion Practices. In Part 5, Evan Thompson, Rhonda Magee,andRichard Davidson engage in a dialogue and take questions about their presentations from the audience.

In Part 6, the entire Zen Brain faculty participates in a discussion of the themes covered during the course of the day. Questions are taken from the audience.

In Part 7, Dr. Cynda Rushton explores a contemplative approach to moral and ethical issues in health care. After describing some of the difficult moral questions she faces in her work, she poses the question, “What are the values we want to bring into these situations, and into our everyday lives?” In Part 8, Dr. Al Kaszniak “…examines the notion of moral reasoning. By presenting two simple thought experiments, he explores the extent pre-conscious emotional influences on our moral decision-making. Using fMRI studies, he explores the relationship between our conscience, sense of self, and selflessness.”

In Part 9, Dr. John Paul Lederach begins his talk, “The Inter-relational Systemic Ethics of Re-humanization” with three stories in which peace overcame widespread violent conflict. Dr. Lederach presents a four-part cycle: suffering, projection of blame, polarization, and dehumanization. He then suggests a view, the “inner-relational-systemic” which he believes can counteract the dehumanization which is the product of this cycle.

In Part 10, the entire Zen Brain faculty participates in a discussion of the themes covered during the course of the day. Questions are taken from the audience. 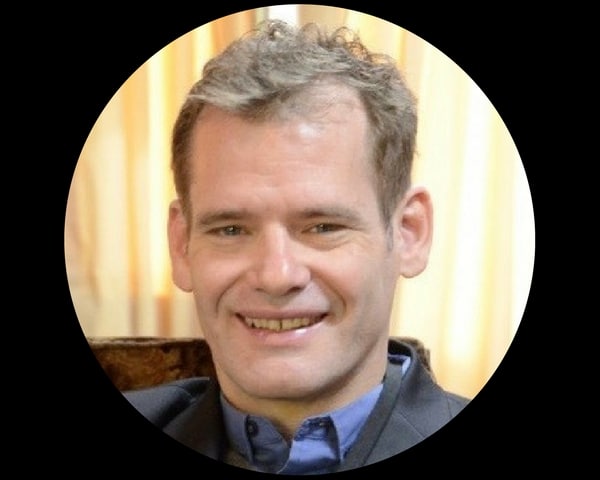 In Part 11, Dr. John Dunne examines the western notion of retributive justice. Using as an example some inheritance he recently received, Dr. Dunne asks us, “Do I deserve that money?” Our commonly held notion of justice, he suggests, consists of inflicting suffering on people to create “balance.” Dr. Dunne then contrasts this kind of justice with a Buddhist paradigm, in which the principal notion is that “everyone wants to be happy and no-one wants to suffer.”

In Part 12,the entire Zen Brain faculty participates in a discussion of the themes covered during the course of the program. Questions and responses are solicited from the audience, and the faculty wraps-up and says goodbye to one another and the program participants.