Impermanence: “Everything is perishing except God’s Face.” ~ Koran 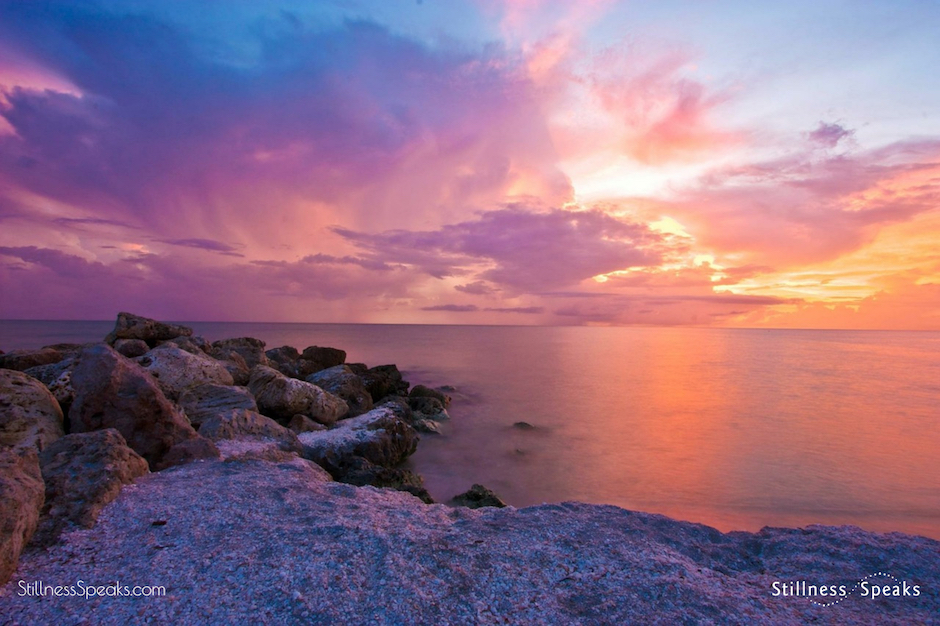 What is it that does not come and go? or … What is permanent? Why is it important to explore permanence and impermanence?

Seemingly, in one’s journey of self discovery, these questions arise – at some stage and in some form or another. I’d (Sanjiv) go so far as to say it is simply inevitable Maybe one encounters terms like, or writings about, God’s Face or nirvana or permanence which might be the beginning of exploring the above questions.

A story (my paraphrased words) comes to mind: Papaji would visit Ramana Maharshi as much as he could manage while working nearby … and in one of the exchanges between him and Ramana, Papaji was proudly expressing that his visions of the Hindu God Krishna appear when he is meditating or while he’s in some “deep state” and they aren’t present at other times – which seemed to be perfectly OK with Papaji (at the time).

At this point Ramana Maharshii’s response was: What good are gods that come and go?

And that was a key turning point for Papaji … what I call a “halting moment” – a moment where one’s existing “world view” starts to teeter and if one is paying attention then it could very well start to shatter! Potentially a terrifying moment but also one that possibly opens the door to exhilaration – the beginning of discovering the answers … the beholding of The Mystery!

As we dig deeper (an endless digging!) it is natural (typical?) that we “look” for permanence in sublime states or experiences … but very rapidly one recognizes the folly in that. As Gangaji exquisitely says: “Discriminating wisdom recognizes the folly of chasing impermanent things in search of permanence. Whether it is in money, food, lovers, or great spiritual states, it is foolish to search for something permanent in something that is inherently impermanent …”

A simple exercise to find out what is not changing in your life is by asking:

It is being claimed here that something is unchanging or permanent … what is that?

Discard any answer that cannot sustain changelessness and see what remains.

A simple consideration would reveal that emotions/thoughts/physicality are continuously changing. i.e., my emotions from when I was 5, 10 15, 20 years old (or any “point in time”) are all different and always changing, similarly my thoughts are always changing and most certainly my physicality is different at any of these “points in time” so it is also ever changing …

So then what is it that has not changed while the emotions/thoughts/physicality continuously do? .. 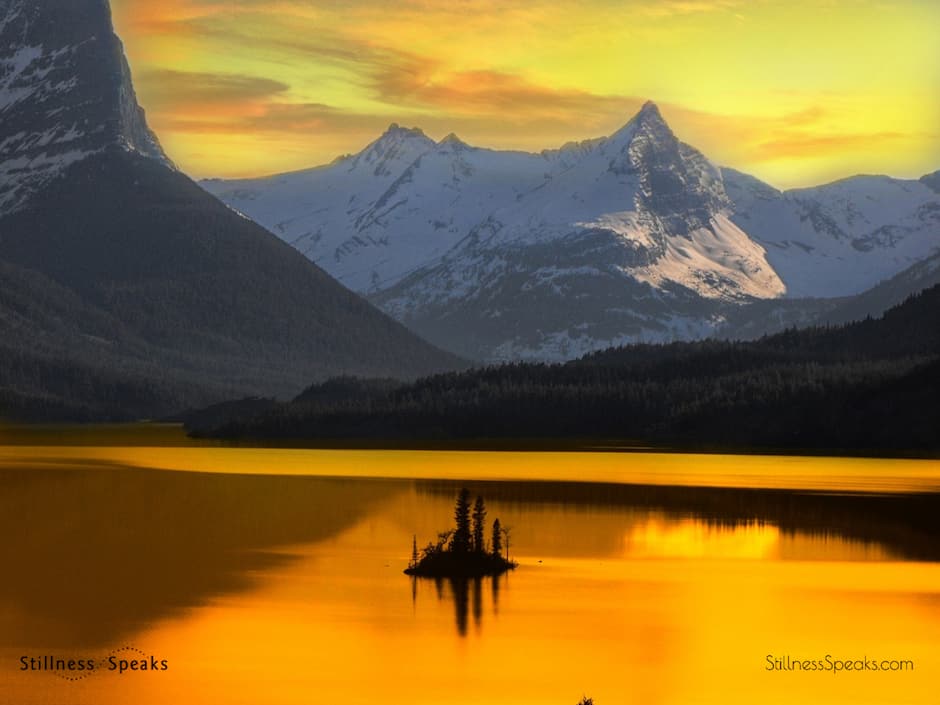 So, as you contemplate on the considerations offered above, here are some reflections from Elias Amidon … on impermanence and love.

The entire text below is from Elias’ September 2018 monthly email Notes from the Open Path. He has graciously given us permission to freely share these notes with our readers.

A little child runs across the lawn into her mother’s waiting arms. The mother cuddles the child and makes cooing sounds, and then the little one slips off her lap and races around the yard again, tumbling and showing off.

This is the hard truth of impermanence, and it’s how we usually think of that word — the endings it forces on us, the goodbyes, the losses and poignancy of never again.

The old Buddhists tell us the nature of impermanence is ultimately unsatisfactory. I imagine that’s doubly true if you believe we’ve had countless lives before this one, all of them marked by the losses we’ve endured. 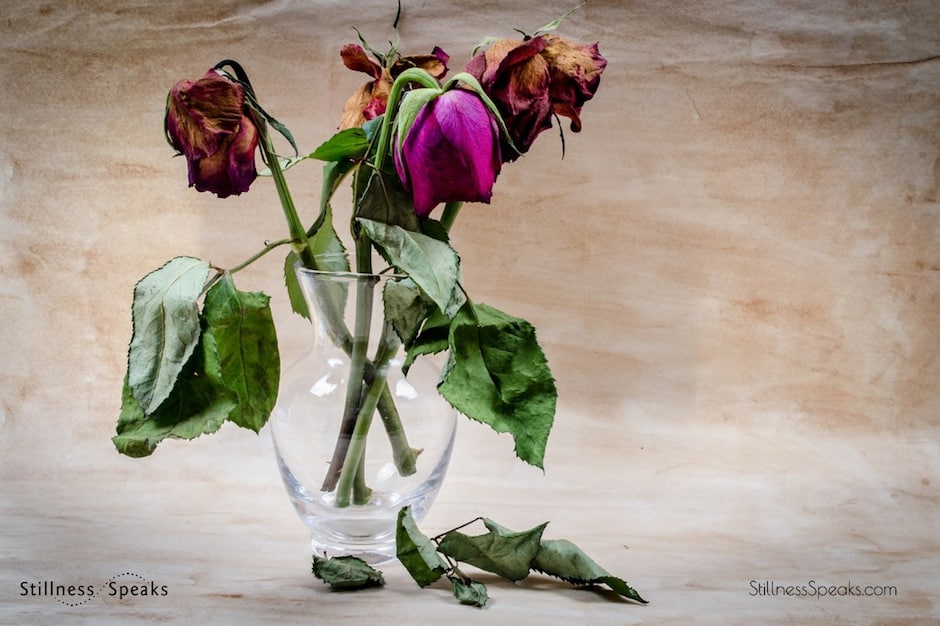 We come here, we get attached to these beautiful bodies, to our loved ones, to the places and activities we love, and then they change and disappear. Impermanence tears at our attachments and makes dukha, suffering — this is the reason they say impermanence is  “unsatisfactory.”

Of course, impermanence doesn’t only work at the level of human attachment and suffering. If we look closely at the fine-grain of our experience, we can see impermanence acting in every instant and in every place. Each moment yields to the next and never returns. The events we are experiencing right now — physical, thoughtful, emotional — have already changed. You breathe. Your attention moves. Your body shifts. Appearances arise and vanish. Nothing stays the same.

We might think that “I” stay the same through all this change — but what is this “I” that stays the same? When I look closely at the evidence of the moment, at the point-instant of transience, what kind of “I” is really there?

Looking directly at impermanence like this is not easy. But when we can manage it, when we can look clearly at the transient nature of our experience, that recognition naturally floods back into us and erases our sense of being something outside of transience, something substantial and separate. As an early Buddhist scripture reports the Buddha saying: 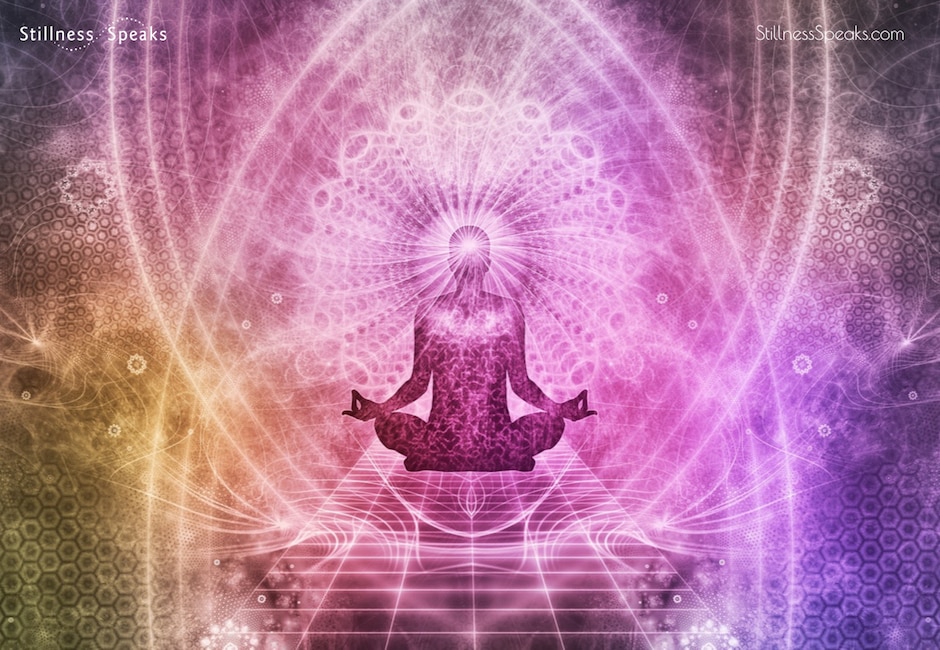 And in the words of the Koran: “Everything is perishing except God’s Face.”

God’s Face, nirvana — what are these scriptures pointing to? By perceiving the continuous flow of impermanence (the perishing), the conceit of our isolated selfness is washed away. But we don’t vanish, just as the universe doesn’t vanish because of the impermanent nature of each moment. What’s holding everything together? What isn’t perishing?

This is where the deeper secret of impermanence is revealed. As we come face-to-face with the fact that everything is perishing, that our lives and all appearances are thoroughly ephemeral, the realization of what’s called “nonself,” or “emptiness,” or “openness” is born. In that realization we sense, beyond our senses, something that resists all description, something that we might variously call God’s Face, or nirvana, or holy intimacy, or simply, love.

Whatever we call it, this-that-does-not-perish  is what connects us with everything — each other, the trees, the mountains, the sky, the stars, and all beings who have ever appeared. We remain the unique beings we are, but we recognize we’re not alone in our beingness, we are with the entirety. 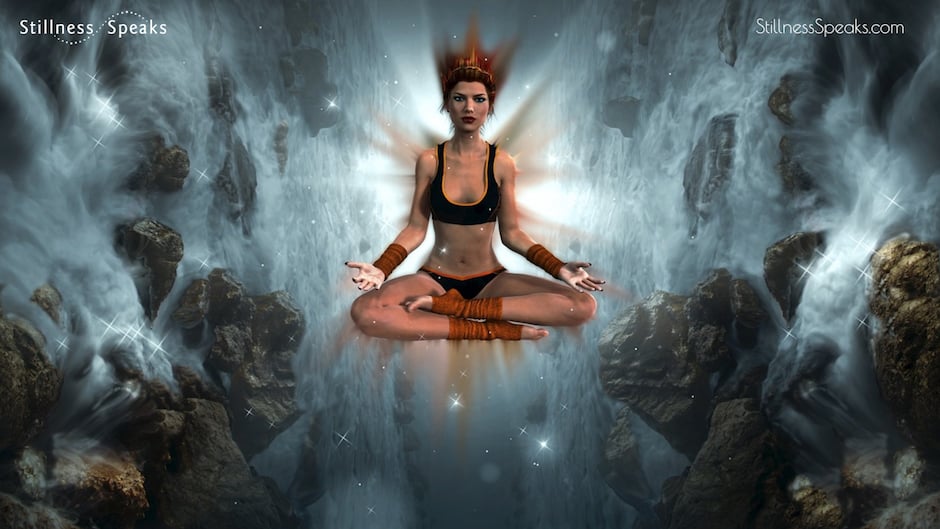 I think of this “with-ness” as love— love that’s both complete in itself and endlessly creative, a holy intimacy that is cosmic, inconceivable, awesome, and at the same time ordinary, everyday, and particular. It’s the primordial generosity and ecstasy of light flooding the universe, and it’s the energy of the little child running to her mother.

Of course, impermanence is painful for us too — there’s no way we can escape loss and grief since everything we have ever been given in this life we will lose. But our grief too is love, it’s the form love takes when great loss comes to us, the cry of with-ness as it breaks free from particular love into universal love.

Knowing this doesn’t avoid the sorrow that impermanence visits upon us, but it embraces it in a larger order. People, things, and experiences come and go, but the truth of our connectedness is the reality that doesn’t.

So, here are some more thoughts on Awareness:

Here’s what Papaji has to say about Awareness: “You are the unchangeable Awareness in which all activity takes place.”

And here’s what Gangaji has to say: “Find awareness and you find permanence. How do you find awareness? By giving up the search for awareness in a thing, an object. Ask Yourself, “Who is Aware?”
…
…

“Attention gets its attentiveness from pure awareness, which is who you are. Self definition only keeps you fixated on waves while yearning to find the deep. The ocean has no problem with waves.”

This article was originally written by Elias Amidon in his September 2018 Notes from the Open Path monthly email – also available on his website: The Open Path – The Sufi Way. Freely shared here for our readers with Elias’ permission.

Gangaji quotes from “You Are That! Satsang with Gangaji, Volume I”

Images (edited and logos added): Featured and 1) Ocean by Jms3082, 2) Mystical Branches by kellepics, 3) Alaska by GidonPico, 4) Flower Dead by PublicDomainPictures, 5) Meditation by Activedia, 6) Mystical by kellepics. All images are Public Domain CC0 1.0

So Close … Closer Than Breath – Amidon