“…everyone has the greatest love for himself, which is solely due to the fact that happiness is his real nature.”  ~ Ramana Maharshi 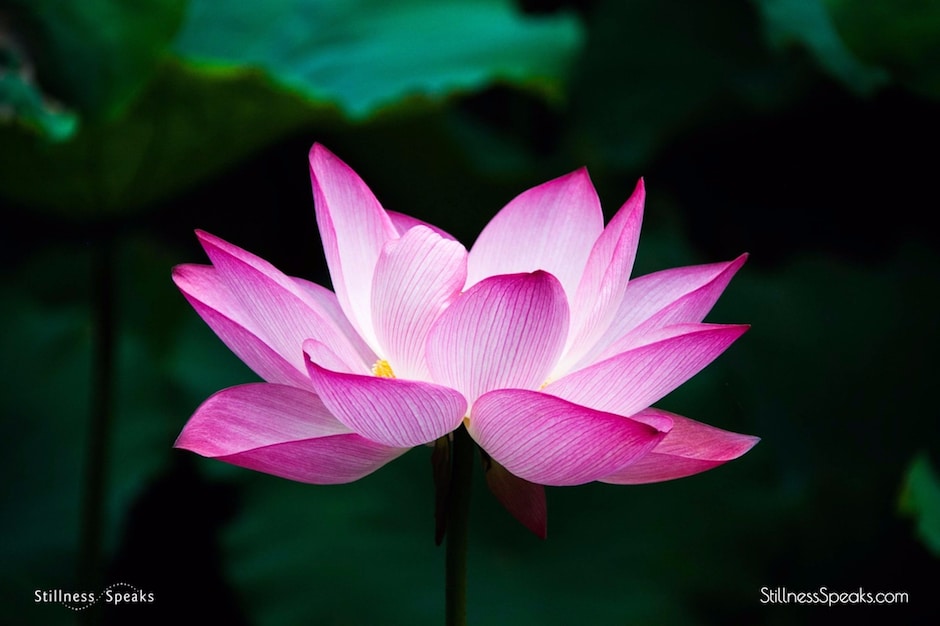 Read this overview of Who Am I? by Ramana Maharshi, the first of three essays contained in the ebook, Words of Grace available as a free PDF download.  All text taken from Maharshi’s writing is italicized.  Ramana Maharshi is a leading 20th Century Indian non-duality teacher. Look at his Stillness Speaks teachers page for much more about his teachings.

To discover the birth-right of happiness, Ramana urges us to discover who we really are. To do this, we must each inquire “Who am I” in quest of the Self. This essay explores ways that self inquiry leads to freedom, bliss and equanimity.

First … we inquire into who and what we are not …

When we are caught in the realm of physical form, we perceive the world as an external reality, and the mind is externalized…”thereby forsaking its identity with the Self. When the world is thus perceived, the true nature of the Self is not revealed: conversely, when the Self is realized, the world ceases to appear as an objective reality.” 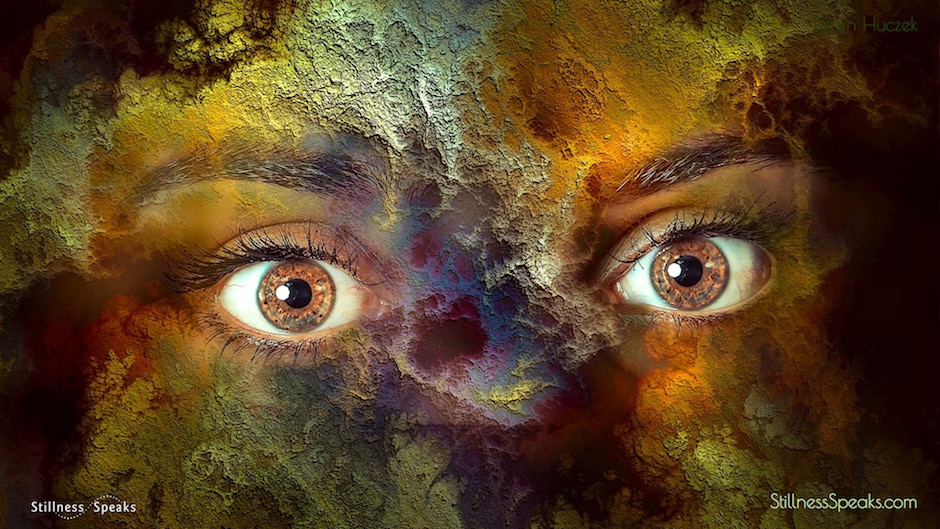 Once we see that we are are none of these things, we inquire…. Who am I?

“That which then remains separate and alone by itself, that pure Awareness is what I am. This Awareness self is by its very nature Sat-Chit-Ananda, (Being-Consciousness- Bliss)…If the mind, which is the instrument of knowledge and is the basis of all activity, subsides, the perception of the world as an objective reality ceases.”

Ramana addresses the range of experiences — subtle, gross, mind-based, or heart-based which lead us either toward or away from our Source. To explore who we truly are amidst the countless distractions of daily life, Ramana recommends a path of Inquiry into the self. It begins with a simple question, Who am I?

Since the mind is busy with thoughts, our inquiry, “Who am I?” is required to silence the mental commotion.

“…it is only through the enquiry ‘Who am I?’ that the mind subsides. Moreover, the integral ‘I’-thought, implicit in such enquiry, having destroyed all other thoughts, is itself finally destroyed or consumed…”

As the mind turns inward on itself, thoughts subside. “…as you persevere more and more in the practice of Self-enquiry, the mind acquires increasing strength and power to abide in its Source.”

On the fundamental sense of “I” …

“It is really the multitude of thoughts that constitutes the mind; and the ‘I’-thought is the primal thought of the mind, and is itself the ego. “

…. the nature of mind and and the subtle body….

“By a steady and continuous investigation into the nature of the mind, the mind is transformed into ‘That’ to which the ‘I’ refers; and that is in fact the Self. Mind has necessarily to depend for its existence on something gross; it never subsists by itself. It is this mind that is otherwise called the subtle body, ego, jiva or soul.” 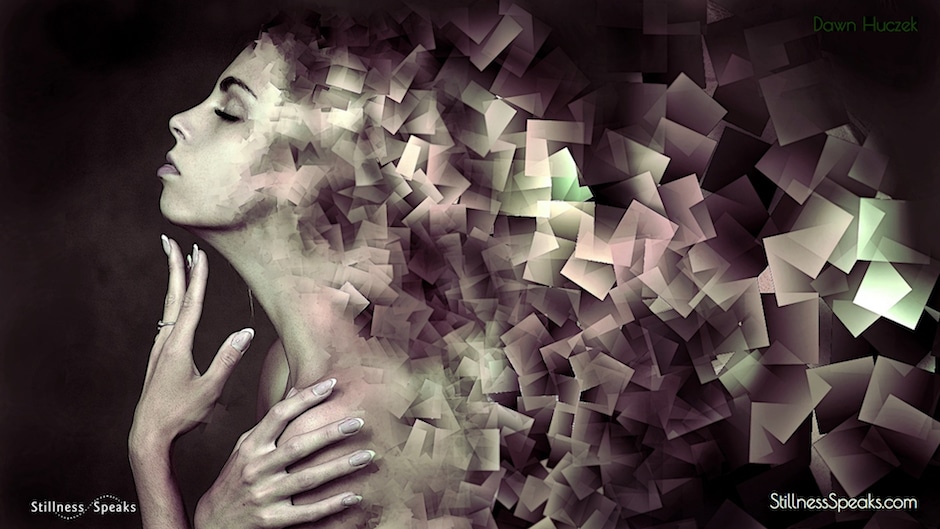 “It is only when the subtle mind is externalized through the activity of the intellect and the sense-organs that gross name and form constituting the world appear. When, on the other hand, the mind stays firmly in the Heart, they recede and disappear.”

Ramana defines introversion and extroversion, and explains how these two energetic qualities inform the mind and heart, and allow true being to reveal itself….

“If in this manner the mind becomes absorbed in the Heart, the ego or ‘I’, which is the centre of the multitude of thoughts, finally vanishes and pure Consciousness or Self, which subsists during all the states of the mind, alone remains resplendent. It is this state, where there is not the slightest trace of the ‘I’-thought, that is the true Being of oneself.”

“This state of mere inherence in pure Being is known as the Vision of Wisdom. Such inherence means and implies the entire subsidence of the mind in the Self. Nothing other than this and no psychic powers of the mind, such as thought reading, telepathy and clairvoyance, can be Wisdom.” 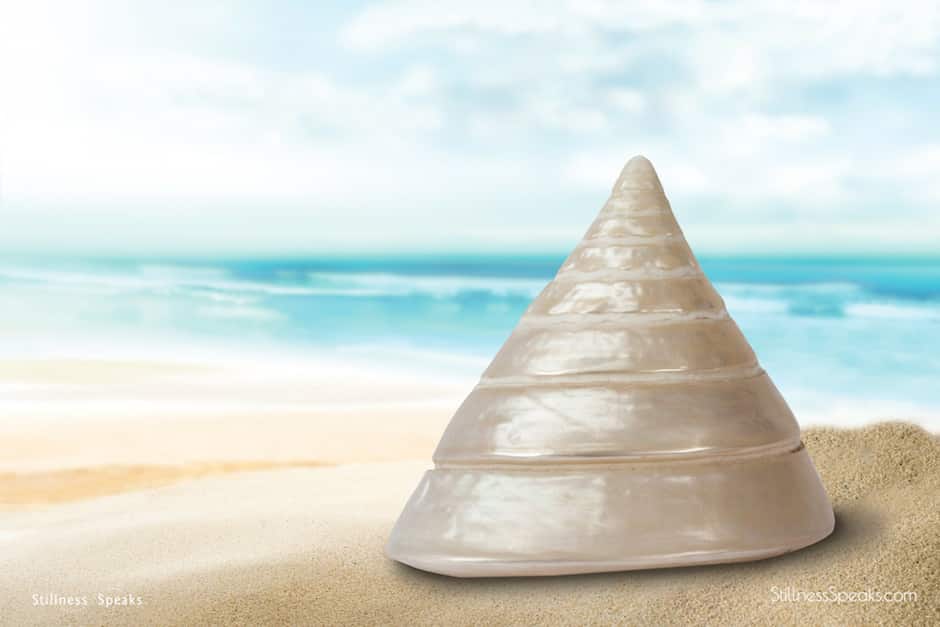 “Atman alone exists and is real. The threefold reality of world, individual soul, and God is, like the illusory appearance of silver in the mother of pearl, an imaginary creation in the Atman. They appear and disappear simultaneously. The Self alone is the world, the ‘I’ and God. All that exists is but the manifestation of the Supreme.”

And lastly …. on bliss and the self….

“That which is Bliss is also the Self. Bliss and the Self are not distinct and separate but are one and the same. And That alone is real. In no single one of the countless objects of the mundane world is there anything that can be called happiness. It is through sheer ignorance and unwisdom that we fancy that happiness is obtained from them.”

Download the full essay in Words of Grace for much more… including Ramana’s thoughts on, suffering, desire, knowledge, distraction and most critically, the Source of Being.

Stay tuned for more…. the next post will overview Ramana’s path of enquiry into the self.