“…meditate incessantly upon the Self and obtain the Supreme Bliss of Liberation.”  ~ Ramana Maharshi 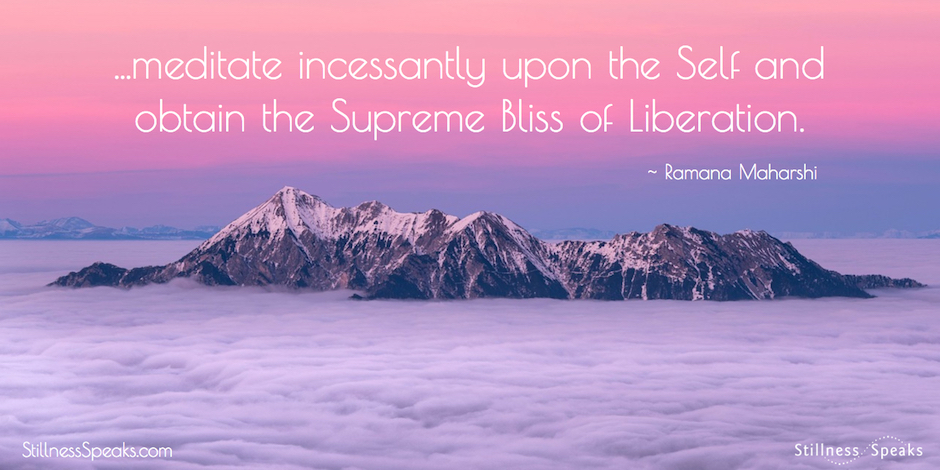 Read this overview of Self-Enquiry by Ramana Maharshi, the second of three essays contained in the ebook, Words of Grace available as a free PDF download.  Ramana Maharshi is a leading 20th Century Indian non-duality teacher. Look at his Stillness Speaks teachers page for much more about his teachings. Read Who am I? the first essay in Words of Grace.

Our previous post from Ramana Maharshi’s Words of Grace, provided an overview of the central enquiry… Who Am I? The second essay, Self-Enquiry, delves into understanding the importance of investigating the self and divides enquiry into several sections including, Who am I? The Mind, The World, The Ego, The Supreme Being, God, Liberation and the eight-fold paths.

This section describes the path of enquiry into the Self, or ‘Who Am I?’ Ramana focuses on the silent and spontaneous “I” found in the Heart…

“Underlying the unceasing flow of varied thoughts, there arises the continuous, unbroken awareness, silent and spontaneous, as ‘I-I’ in the Heart. If one catches hold of it and remains still, it will completely annihilate the sense of ‘I’ in the body, and will itself disappear as a fire of burning camphor. Sages and scriptures proclaim this to be Liberation.”

The nature of the mind is a complicated and ephemeral concept. The mind’s states and locations vary from a discriminating awareness to pure consciousness….

“According to the Hindu scriptures an entity known as the ‘mind’, is derived from the subtle essence of the food consumed; which flourishes as love, hatred, lust, anger, and so on; which is the totality of mentality, intellect, desire, and ego…” 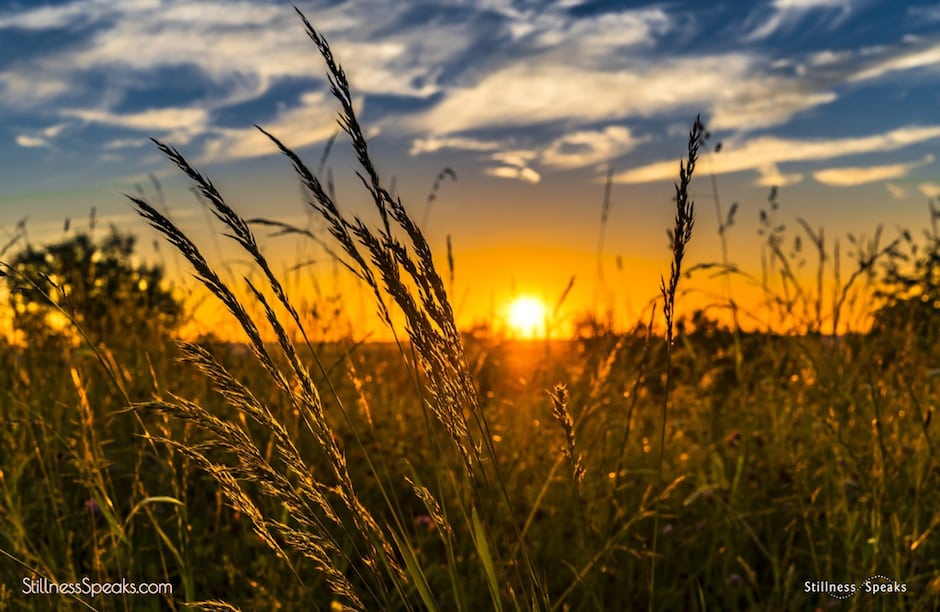 “To think whether a certain thing may be eaten is a thought- form of the mind. ‘It is good. It is not good. It can be eaten. It cannot be eaten’; discriminating notions like these constitute the discriminative intellect.”

“Mind is, in reality, only consciousness, because it is pure and transparent by nature: in that pure state, however, it cannot be called mind. The wrong identification of one thing with another is the work of the contaminated mind.”

“Similarly, over-powered by activity (rajas), it identifies itself with the body and, appearing in the manifested world as ‘I’, mistakes this ego for the reality. Thus, swayed by love and hatred, it performs good and bad actions, and is, as the result, caught up in the cycle of births and deaths.”

The world has no reality of its own, according to Ramana Maharshi and does not exist apart from the Self.

“…for the higher order of seekers the scriptures would say, in short, that the whole world appears like a panorama in a dream with an apparent objectivity and independent existence due to ignorance of the Self and consequent obsession with obtrusive thoughts. They seek to show the world as an illusion in order to reveal the Truth. Those who have realized the Self by direct and immediate experience clearly perceive beyond all doubt that the phenomenal world as an objective, independent reality is wholly non-existent. “ 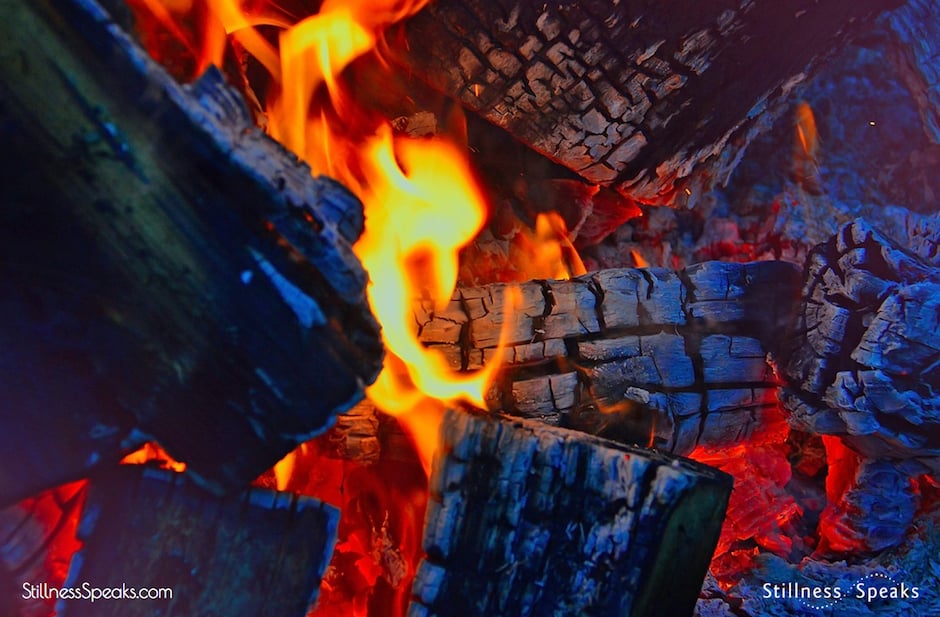 “The mind is nothing else than the ‘I’-thought. The mind and the ego are one and the same. Intellect, will, ego, and individuality are collectively the same mind.”

“…the red-hot iron is the individual, the fiery heat is the witnessing Self, the iron is the ego. The Pure fire is the all- immanent and all-knowing Supreme Spirit.”

“The Infinite Expanse is the Reality known as the Supreme Spirit or the Self, which shines without egoism as the Consciousness within the ‘I’, as the One in all individuals.”

“The true State is that which shines all over, as space includes and extends beyond the flame. No heed should be paid to the light. Enough to know that the Real is the State free from ego.” 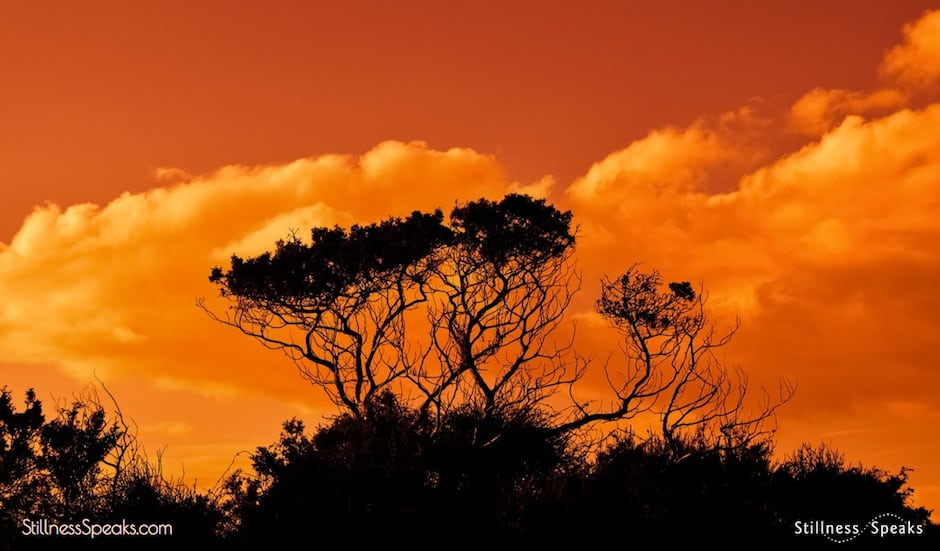 Knowledge of the Supreme Self

How does one realize the true Supreme Self? This section address the central practice of Enquiry…

“…enquiry made with a still mind as to who it is that dwells in the body, a subtle illumination will be experienced as ‘I-I’ which is no other than the Absolute, the Self, seated in the lotus of the Heart, in the city of the body, the tabernacle of God.”

“…one should remain still, with the conviction that the Self shines as everything yet nothing, within, without, and everywhere, and is also the transcendental Being.”

The perennial contemplation and awareness of Self is the only authentic worship and penance and leads to true liberation.

“The purpose of worshipping the Impersonal Supreme Being is the incessant remembrance of the truth that you are Brahman, because the meditation ‘I am Braman’ comprises sacrifice, gifts, penance, ritual, prayer, yoga and worship. The only way to overcome obstructions to your meditation is to forbid the mind to dwell on them and to introvert it into the Self and there witness unconcernedly all that happens; there is no other method.” 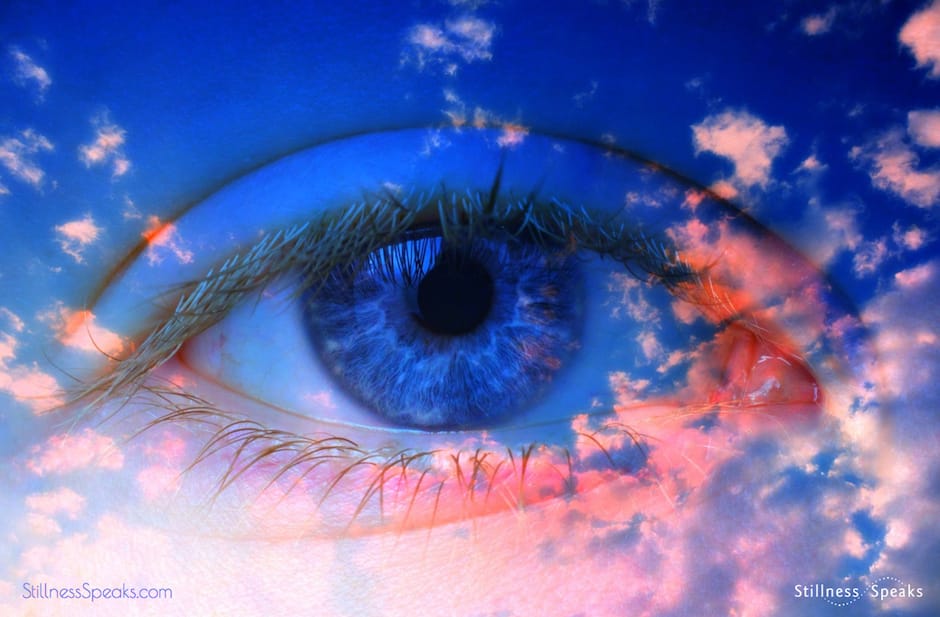 “Distracted as we are by various thoughts, if we would continuously contemplate the Self, which is Itself God, this single thought would in due course replace all distraction and would itself ultimately vanish; the pure Consciousness that alone finally remains is God. This is Liberation”

“Liberation can indeed be obtained by constant and prolonged meditation on the Self in the form of ‘Sivoham’ (I am Siva) which means ‘I am Atman’.”

Prolonged, consistent meditation is challenging, but is also the only way, according to Ramana Maharshi to overcome the endless distraction, delusions, and accumulated mental tendencies that keep us in bondage.

“Long-cultivated tendencies can indeed be eradicated by long-continued meditation: ‘I am not the body, the senses, the mind, etc., I am the Self’.”

“…the ego, that is the mind, which is nothing but a bundle of tendencies, and which confuses the body with ‘I’, should be subdued, and thus should the supreme liberated State known as Self-Realization be reached…”

Maharshi describes states of purity and liberated awareness but cautions that the tendencies of mind can abolish what is Real. 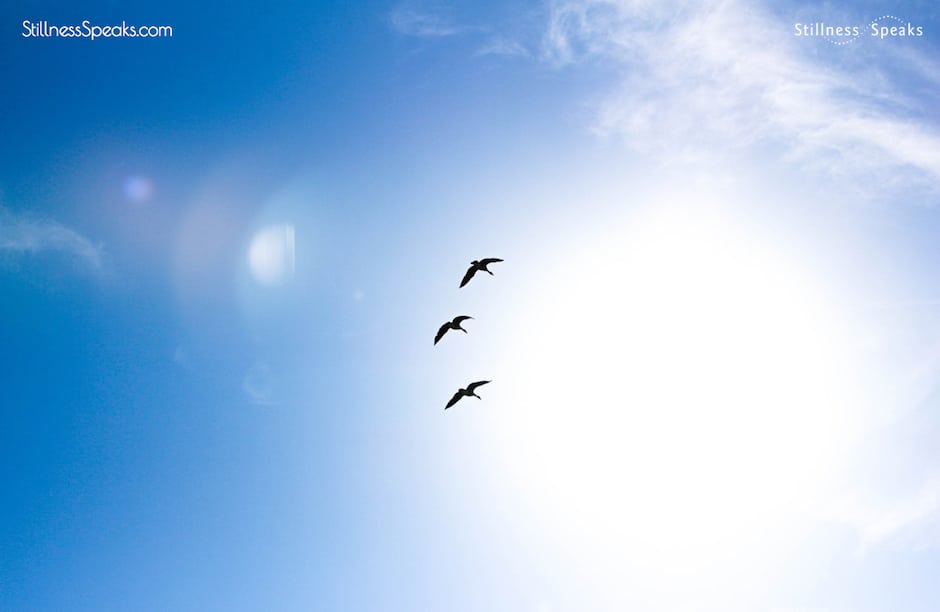 “Because the quality of purity (sattva) is the real nature of the mind, clearness like that of the unclouded sky is the characteristic of the mind-expanse. Being stirred up by the quality of activity (rajas) the mind becomes restless and, influenced by darkness (tamas), manifests as the physical world. The mind thus becoming restless on the one hand and appearing as solid matter on the other, the Real is not discerned.”

Both of these sections provide specific practices for reaching samadhi states and liberation.
Renunciation or Sannyasa is “not the discarding of external things but of the ego. To such renouncers (sannyasins) there exists no difference between solitude and active life.”

“It is within our power to adopt a simple and nutritious diet and, with earnest and incessant endeavour, to eradicate the ego — the cause of all misery — by stopping all mental activity born of the ego.

Can obsessing thoughts arise without the ego, or can there be illusion apart from such thoughts?

Therefore meditate incessantly upon the Self and obtain the Supreme Bliss of Liberation. This indeed is the purport of this work.”