“… Zen wasn’t—had never been—about individual revelation. That was all very well, but the core of Zen was sharing …” ~ Henry Shukman 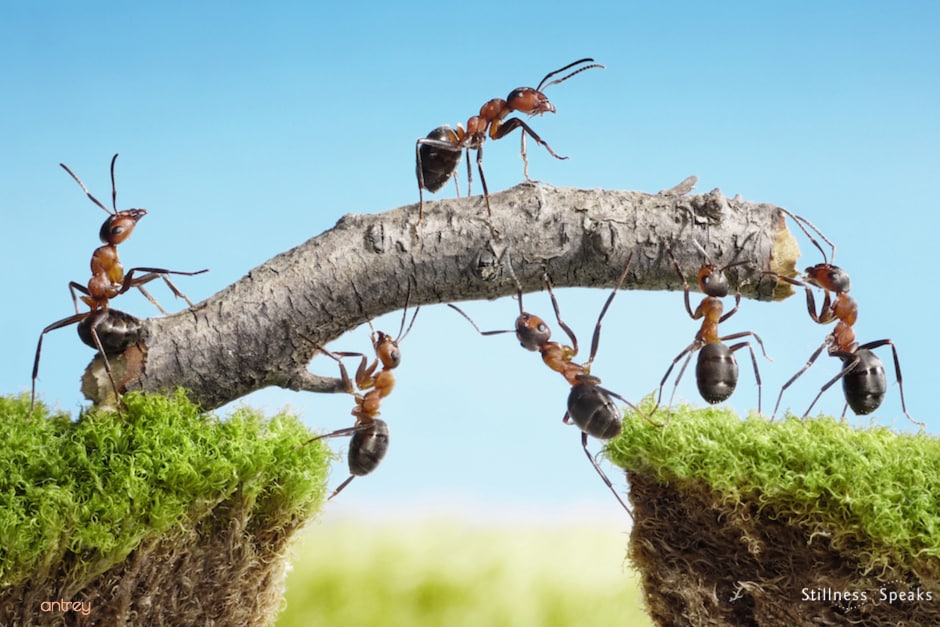 In this part 3 of the 4-part series, we conclude the chapter titled Sweet Obedience (which started in Part 2) … it continues Henry’s current personal story with the deepening of koan integration in his life and practice … including the ongoing value of an authentic koan teacher like John Gaynor. 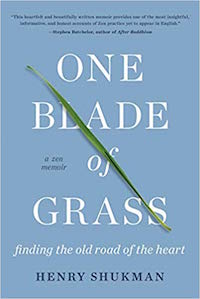 This 4-part series began with the Prologue (or part 1) from Henry Shukman’s newly released book Zen memoir: One Blade of Grass: finding the old read of the heart …

…{koans} … didn’t just open us up; they offered a way to the most intimate kind of meeting.

But it went even further: an authentic koan teacher could lead you deeper. Only through the meeting, the sharing, the guidance was there hope of integrating the experience, and living it out in an ordinary life, in kindness, in concern not for self but for others.

So,  we continue our glimpse into this zen memoir … into finding the old road of the heart … so, … pause … read … reflect … and continue the journey!

There’s a NEW YORKER cartoon in which planet Earth is filthy, churning out smoke, fizzing, simmering unhealthily. God and an archangel are bending over the globe, scratching their heads.

The archangel asks God, “Have you tried turning it off, then on again?”

This was like that. The whole world turned off: gone, as in a conjuring trick. One flourish of Zen’s robe and it all disappeared. Instead a scintillating darkness, a radiant dark – vast, limitless, totally empty.

{I had recited the Heart Sutra many times over the years. The bodhisattva of compassion, Kanzeon, sees that all existence is empty. The sutra says, “Form is exactly emptiness, emptiness exactly form.” The word “emptiness” gets glossed in different ways by commentators. Things have no “self-substance,” all is boundless, there are no boundaries between things, and so on. The fundamental reality of “emptiness” is nothing at all. But that nothing is infinitely fecund, and marvelously healing to the human heart.} 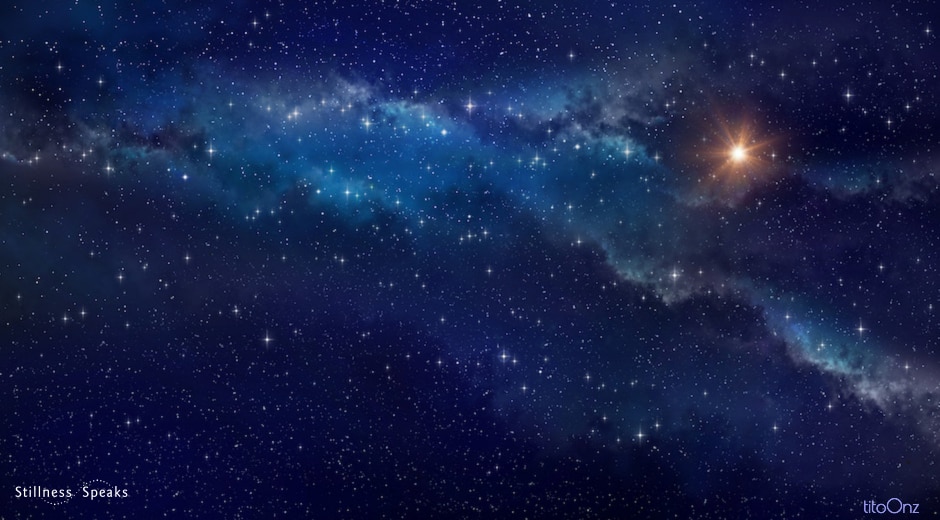 But why should it be such a deeply happy experience for things to disappear?

Perhaps because the “void” is intrinsically marvelous. It has not just marvelous power but all power. Everything is made out of it. Or perhaps because it’s the way this reality we know actually is, and to be somehow closer to it makes us happier.

So I make an assertion like that, and why should anyone listen? They shouldn’t. Instead, you either throw this book across the room or else one day go and find a Zen teacher, learn to meditate, pick up a koan, and see what happens. That’s the traditional advice: it’s about personal experience. Our own, not anyone else’s.

It’s relatively easy to think this through these days, with the most lax, lay knowledge of modern physics: like everything else, we’re made of atoms and their constituent parts and energies. It seems a wild claim to suggest that we are capable of experiencing things on that level, yet as many commentators have pointed out, there are striking resemblances between some aspects of modern physics and what Buddhism has been saying for thousands of years: things are “empty,” lacking in the solidity so convincing to us; if you really track substance down, you end up with energy and space: that’s what the physicists say. 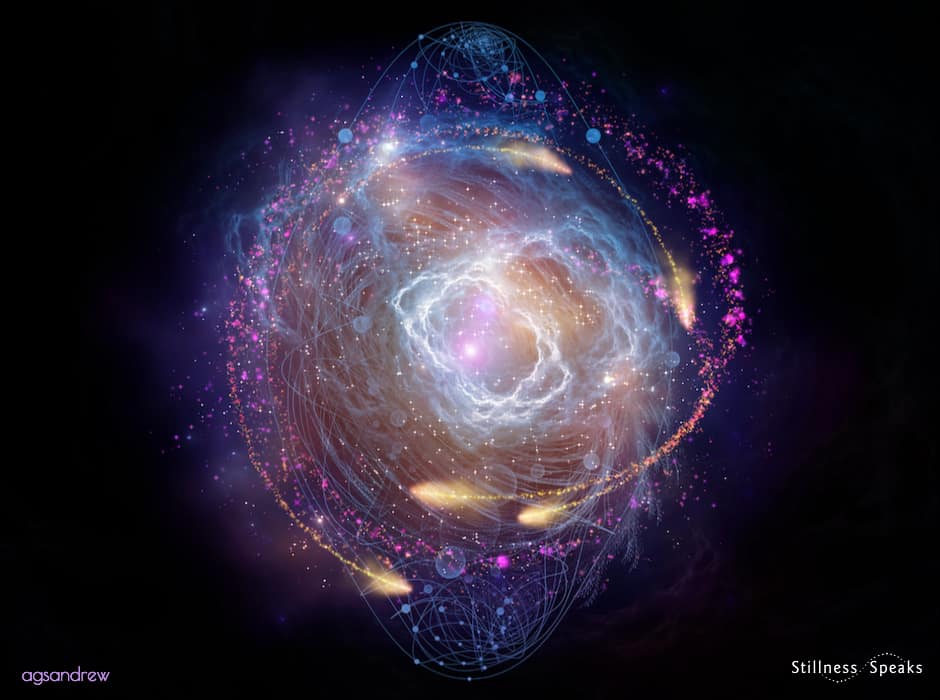 Yet even “space” is open to debate now. Some physicists theorize that this whole universe is a membrane, a two-dimensional screen on which nine-dimensional space and matter are projected as a species of illusion.

For the next few weeks there was a sublime clarity to things, like on a dewy morning.

As with other moments of revelation, I soon made the mistake of thinking I had seen something quantifiable, knowable, transferable into the memory banks as a property of this universe.

But I was in the right hands now. My teacher wouldn’t let me cling to an insight, living, as one Zen master called it, in the “pit of emptiness” or, as another put it, “in a cave of demons on Black Mountain.”

Zen never stops. “Someone may have discovered the Buddhadharma,” the early Tang master Sekiso (Chinese: Shishuang, 807-888) said, “but it is not yet real. They must step forward from the top of a hundred-foot pole and manifest their whole body throughout the universe.”

You might find yourself hanging in a universal abyss, but like a character in a cartoon, you still have to step forward. There’s nowhere to go but onward, into life, into service. 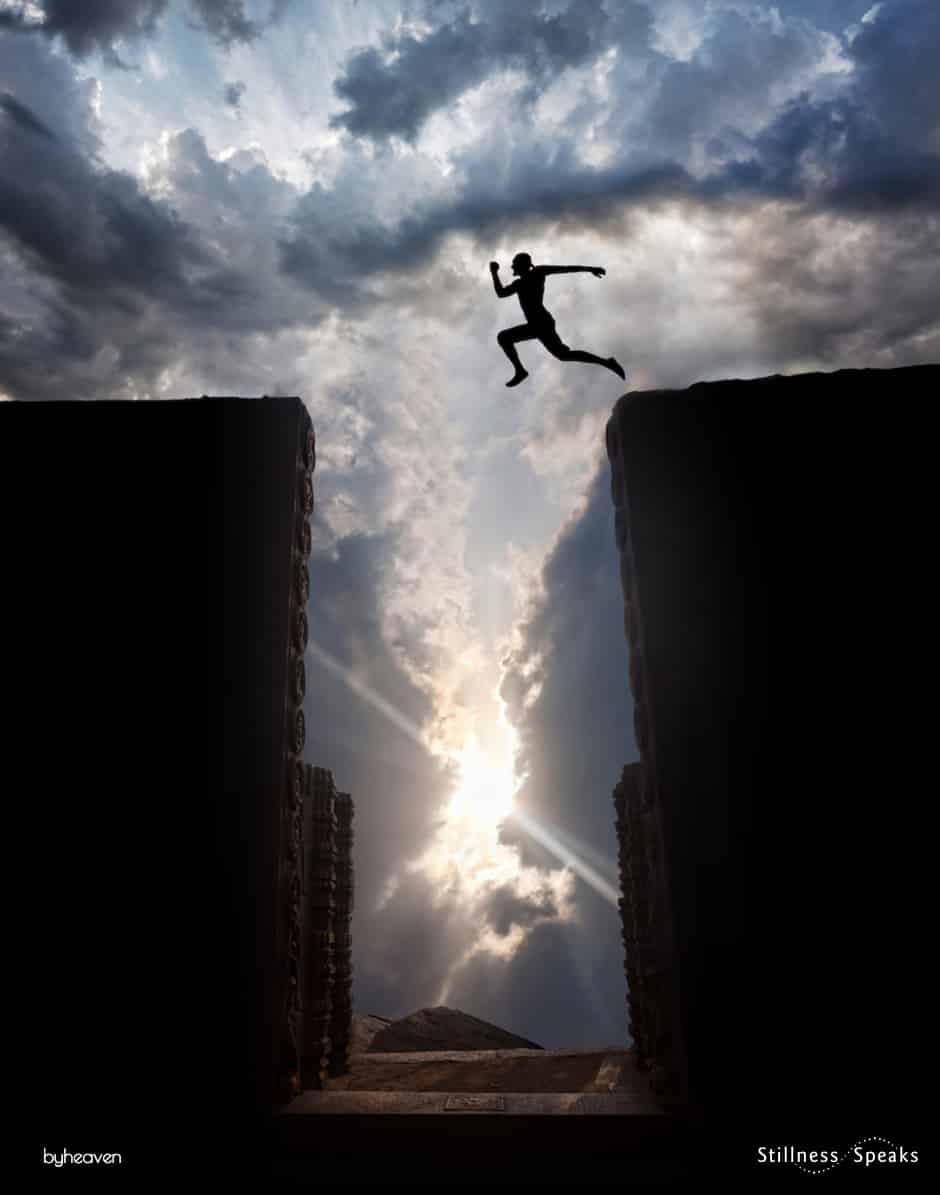 There were several “first koans” to work through. One of them was about a “distant temple bell.” I don’t want to give too much away—koan training is an intimate thing, not to be bandied about in loose talk—but I can say a little.

The koan about the distant bell is pivotal, in that it’s the first of the major “presentation” koans, meaning a koan where no amount of discussion will help. The student has to come up with a wordless “presentation” of the koan, to show it, embody it, be it. It’s no use talking about it. The whole thrust of koan study is away from language into liberation from language. The great silence of all things opens up, where words are just flotsam and jetsam.

I sat with the koan about the bell for quite a few weeks. Already the recent experience was turning itself into a metaphysical understanding in my mind, and that held me up with the new koan. Had John not been there, had he not known so instinctively how to work with me, it would probably have gone the way of the other experiences and become a troubling memory. But here he was, and he’d given me the strange koan about the bell.

“Stop the sound of the distant temple bell,” it runs. How on earth do you do that? “ There’s no place for discussion,” John kept telling me. “We have to do it. Trust the experience you had. Let it show you how.”

After several dokusan, with John probing and prodding me, finally one evening in the dokusan room, after I thought I’d exhausted every imaginable possibility, an urge came and I randomly trusted it. As soon as I did, I fell into a groove of centuries of practice worn smooth by others. I no longer cared if I was making the “right” presentation. The koan disappeared, a great expansiveness opened up, as I did what I did. 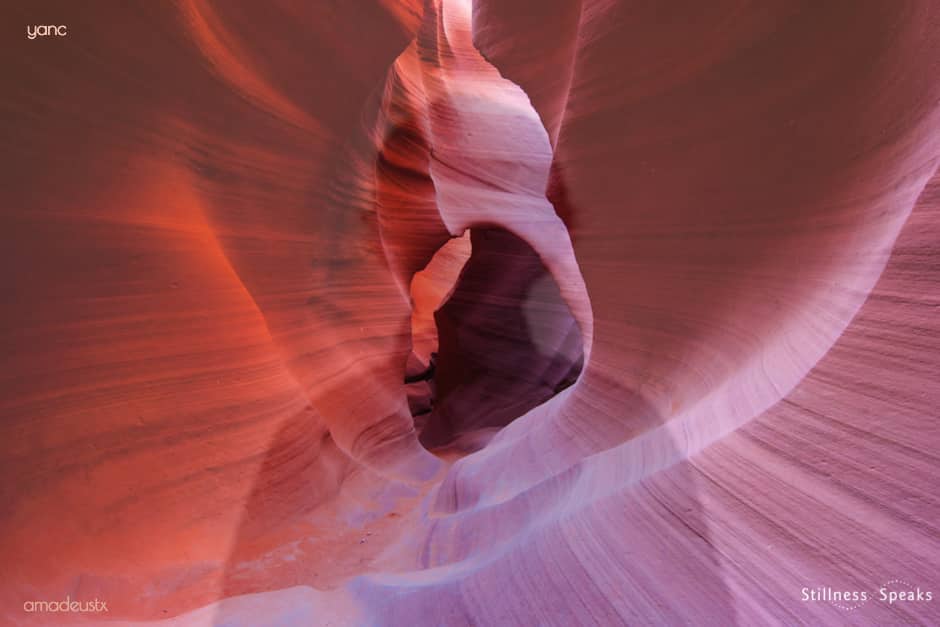 I could see John quietly smiling. This was what koans were for: to allow two people to wake up together into the same reality. Well, I guess John was already awake in it. But now I could briefly join him.

Zen wasn’t—had never been—about individual revelation. That was all very well, but the core of Zen was sharing.

As I began to work more consistently with the koans, groping my way through the first collection that John’s lineage dealt with, it seemed the most amazing thing, almost as amazing as an experience of Zen’s “reality” itself. Knowledge of the unspeakable, all-pervasive fact sometimes known as the “dharma body,” or the “Buddha-dharma,” had somehow been discovered, preserved, and passed on, in the koans. It was secret yet somehow storable. Through the ages people had known of it and found a way to share it. I was neither mad nor alone.

But the way of sharing was wordless. That’s why the koans, although couched in words, had to be “shown,” without words. Koans precisely fulfilled that early description of Zen given by the old ancestor Bodhidharma: “a mind-to-mind transmission outside scripture, not relying on words or letters.” It was true. Words could only confuse and obscure them. But when you “showed” a koan, if you’d directly experienced the reality that was its province, then it came alive again through the koan and the teacher.

Not only that, but it was a training, a matter of subjugating oneself to a wisdom inherited over generations. It wasn’t a one-off thing. There was a process you could enter, which might not exactly keep the magical doors hooked wide open all the time, yet changed you in a good way, in accordance with the reality beyond those doors. You could enter a lineage of practitioners bound by that reality—at least, with a bit of luck and a lot of training you might. 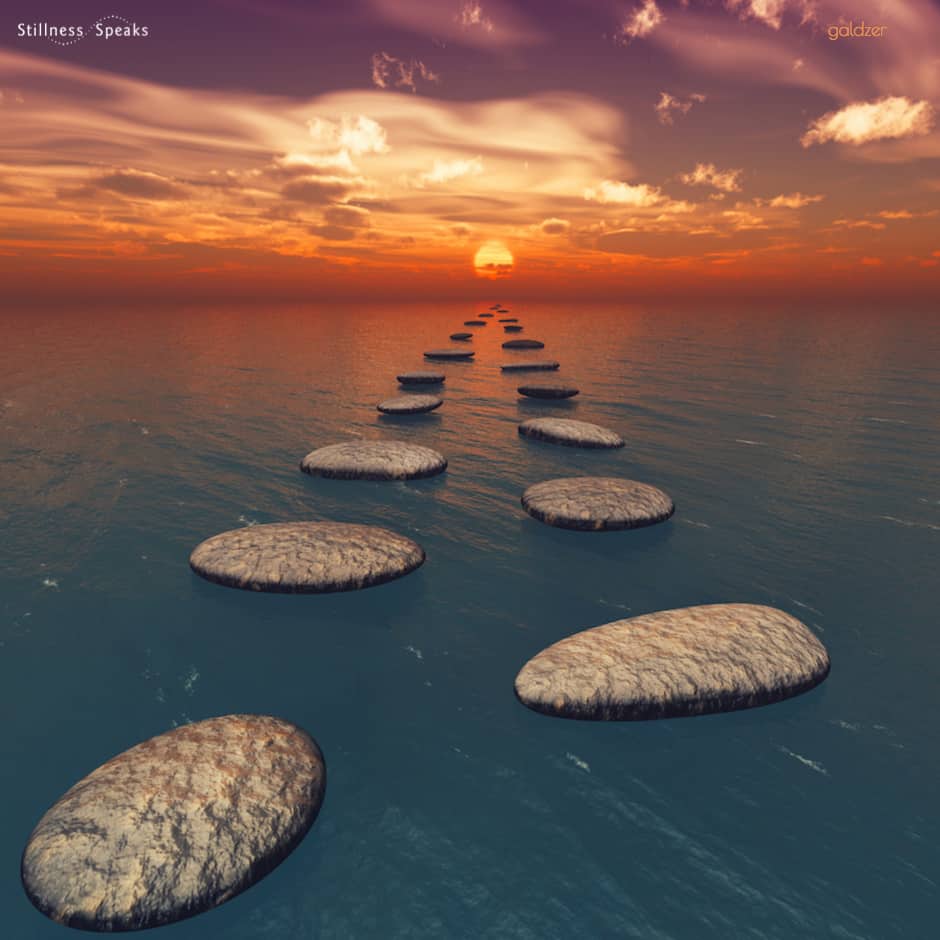 Lineage is a big deal in Zen. The authority of the teacher is bestowed not by oneself but by one’s teacher, who received it from theirs before them. But it’s more than a form of teaching authorization. To enter a lineage is to accept, in a limited way, entry into a kind of shelter. The traditional suffix in a male teacher’s name is -ken, which means “eaves”—eaves that offer shelter. Likewise, women teachers have the suffix -an, which means “hermitage”—also a shelter.

From the outside, at the various centers I had visited in the past, I had sensed lineage as a vague menace, a species of coercion or sectarian zeal. But now that I had found a teacher myself; now that I was ready to make the practice a higher priority, to accept it as not just a boost to life—not just an aid to a calmer attitude, better writing, and so on—but as a gateway to a new way of living; now that the practice did not glower with the guilt of a failed commitment but shone with promise, I felt grateful to John and his teacher, and hers before her, who had painstakingly safeguarded the teachings.

It was as if by starting to really follow the Zen path, I was picking out the traces of a true road. Amid all the confusion and welter of my days, there actually was an authentic way to be followed. It was like the old roads Speedy the tramp used to talk about—relic of a deeper life that had left its trace in the land. But it was hidden, disguised within things, waiting just under the surface for when you were ready to discover it.

Here’s part 4 the Epilogue … which gives a glimpse into the essence of the entire book including the key lessons and insights from Henry’s journey into Zen .. and …

All italicized text above (except for the block-quoted parts and the parts in braces) is from One Blade of Grass: finding the old road of the heart by Henry Shukman and is published here with his generous permission.

Images (edited & Logo added): 1 & Featured) Team work spirit by antrey, 2) Cover page for Henry’s book, 3) Deep Space by titoOnz, 4) Atomic Wave series. Background design of lights, orbits , waves and fractal elements on the subject of science, theoretical physics, technology and education by agsandrew, 5) Jump over the abyss by byheaven, 6) Composite of a) Colorful sandstone walls of Upper and Lower Antelope Canyon by amadeustx and b) Meditation by yanc, 7) The stones in the water. The sunset by galdzer. All are purchased from depositphotos, for use only on our website/social channels (these images are not permitted to be shared separate from this post).