Everyone sees a completely unique movie of waking life. When we try to meet each other on the level of forms and appearances, the results are often unsatisfying. But as awareness, we are one whole undivided being. ~ Joan Tollifson 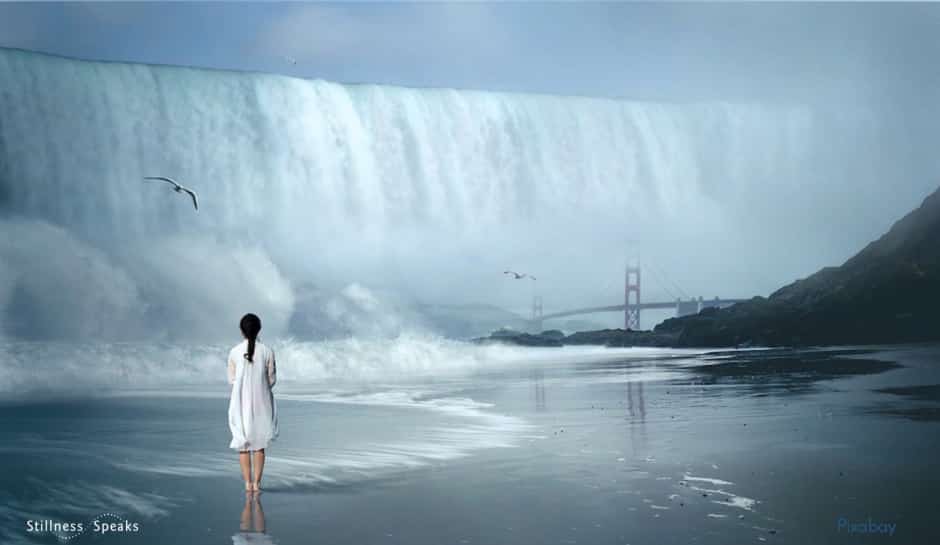 Are consciousness, awareness and attention the same thing? Joan Tollifson continues her examination of these familiar yet enigmatic concepts. Click here to read Part 1.

Attention is the capacity for focusing the light of awareness on particular objects (sights, sounds, sensations, ideas, memories, body parts, and so on). We can give attention to our breathing, or to the felt-sense of presence, or to the tingling in our feet, or to the clouds in the sky, or to the birdsong, or the traffic sounds, or the pain in our tooth. Attention moves from place to place, while never leaving Here / Now. Attention can be narrowly focused or very open and global. Awakening is often spoken of as a shift in attention and identity from person to presence, from encapsulation and separation to undivided boundless awareness.

But remember, there is no such “thing” as awareness or consciousness or attention. These are words, labels, conceptual abstractions that we use to point out certain aspects of the (actually seamless) living reality. What such words point to is not a concept, but once we start talking about this living reality and using words, it’s important not to mistake the pointers (the words or the maps) for the territory they help us to notice. There is no actual boundary between consciousness and awareness, or between self and not-self, or between inside and outside. No such “things” actually exist. 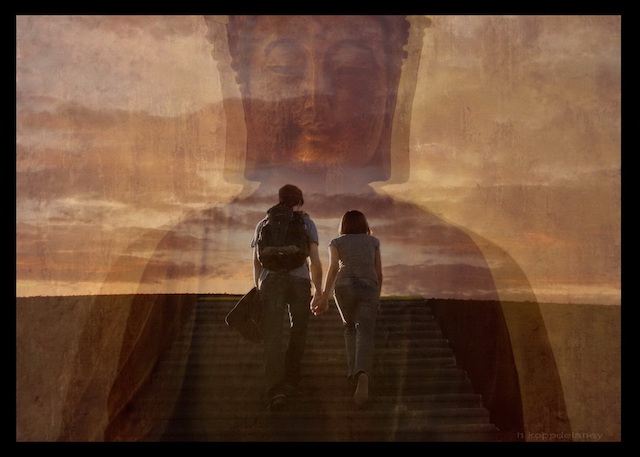 Everyone sees a completely unique movie of waking life. When we try to meet each other on the level of forms and appearances, the results are often unsatisfying. But as awareness, we are one whole undivided being.

Our basic delusion is that the undeniable sense of subjectivity gets conflated with an object that appears in consciousness. We mistake ourselves for a character in a dream or a movie. We identify as a fragment in an apparently fragmented world. We think “the world” is actually an objective, observer-independent reality that is “out there” somewhere, outside of consciousness, and we believe we were born into it and that one day we will die.

But the apparently separate self, if investigated closely, is simply ever-changing thoughts, sensations, memories, mental images and stories appearing in consciousness. It cannot actually be found as any kind of substantial or persisting entity. The undeniable knowingness of being present and aware gets conflated with the thought-story of being a person, a separate bodymind. We have been taught, and we have come to believe, that awareness is somehow encapsulated inside this body and that it is personal. There is “my awareness” and “your awareness,” or so we think. That which is truly ever-present (awareness) lends the sense of continuity to what is actually ever-changing, giving an illusory sense of continuity to the person. 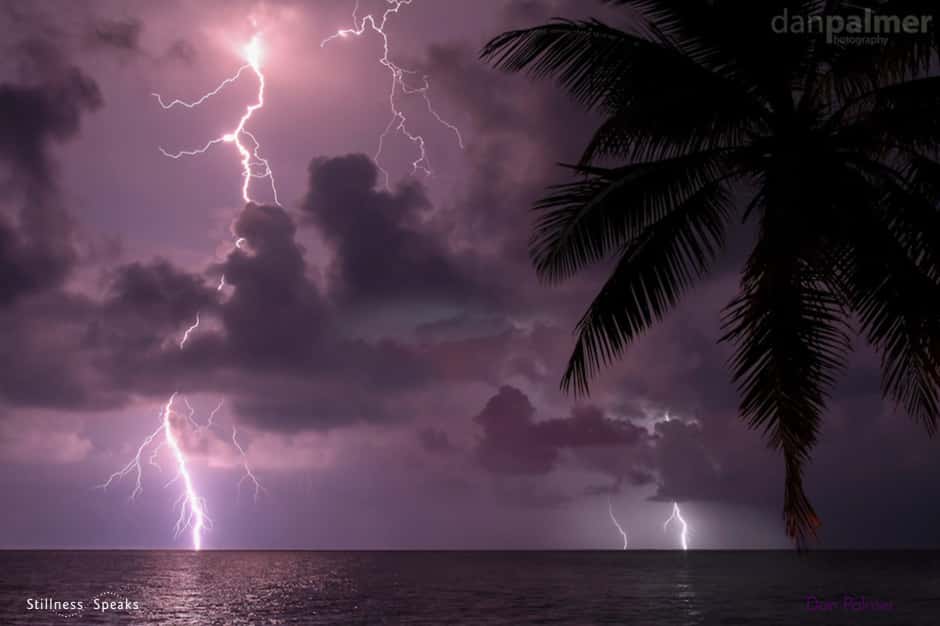 If you try to grab hold of a thought, you can’t! It is a burst of energy, gone in an instant. You can have a memory of it, but the original thought has vanished. “The body” is actually nothing but ever-changing, thorough-going flux, inseparable from the so-called “environment” around it. You cannot find any place or moment in time where this body began or where it ends. You can think that it began at conception or at birth, but where did the sperm and egg begin? In nature, everything is recycled—dead bodies become fertilizer for the soil and food for other life forms, and everything is made up of everything it is not. The body could not exist without air, sunlight, water, parents, grandparents, food and everything that makes the food possible—in short, without the whole universe being as it is, the body would not be here. And all of this is an appearance in and of consciousness.

Are you limited to the body or encapsulated inside of it looking out? We’ve learned to believe that this is true, and we believe it so strongly that it actually seems like our experience. We mistake the map we have learned for the actuality of our direct experiencing without realizing it. But if you look very closely and carefully at your actual direct experience, is it really true that you are encapsulated inside a body? Or is the body appearing in you (i.e., in boundless, impersonal awareness)? What is changing and what remains the same? 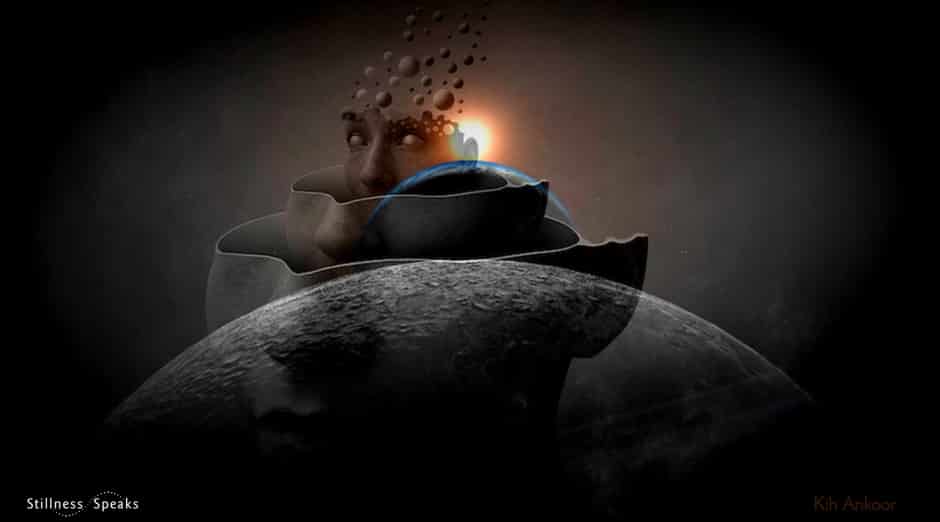 If you look closely, you won’t find an actual boundary between inside and outside of you, or between self and not-self, or between awareness and the content of awareness. The relative world of apparent duality and the functional sense of being a person with appropriate boundaries and so on will all still show up as needed, but it can be noticed that it all shows up Here / Now, in this vast awareness that is unlimited and unbound. Everything that appears shows up at zero distance, right here, utterly immediate, inseparable from the seeing (or awaring) of it. Even the functional sense of distance, separation and time shows up Here / Now, at no distance, inseparable from the seeing (or awaring) of it.

Liberation is the falling away of imaginary problems (flat-earth problems, based on a false understanding of how reality is). Liberation is a relaxing of the grasping mind, a letting go, an opening of the Heart-Mind, a dissolving into boundlessness, an intuitive sensing or apperceiving of what is always here prior to everything perceivable, conceivable and experienceable—this that is closer than close, subtler than space, vaster than infinity. If you’re looking for this, you are looking in the wrong place. You are looking in the realm of objects and experiences for what is limitless, nondual and unbound—your own Heart, from which nothing stands apart. Liberation is the recognition that nothing perceivable or conceivable is what I am, and yet at the same time, everything is myself, and myself is no-thing at all. Don’t be confused or mystified by words. Simply be quiet. Listen. Sense. BE. Be the unseen awareness that you cannot not be. BE Here / Now.

We are honored to publish this 2-part guest post authored by (& copyright of) Joan Tollifson with her permission. The text content of this post (without all the images here) was previously published (as a single post) on Joan’s website, titled: Consciousness, Awareness and Attention.