The deepest wellsprings of thought and action exist beyond our ken and beyond conscious control. ~ Robert Saltzman 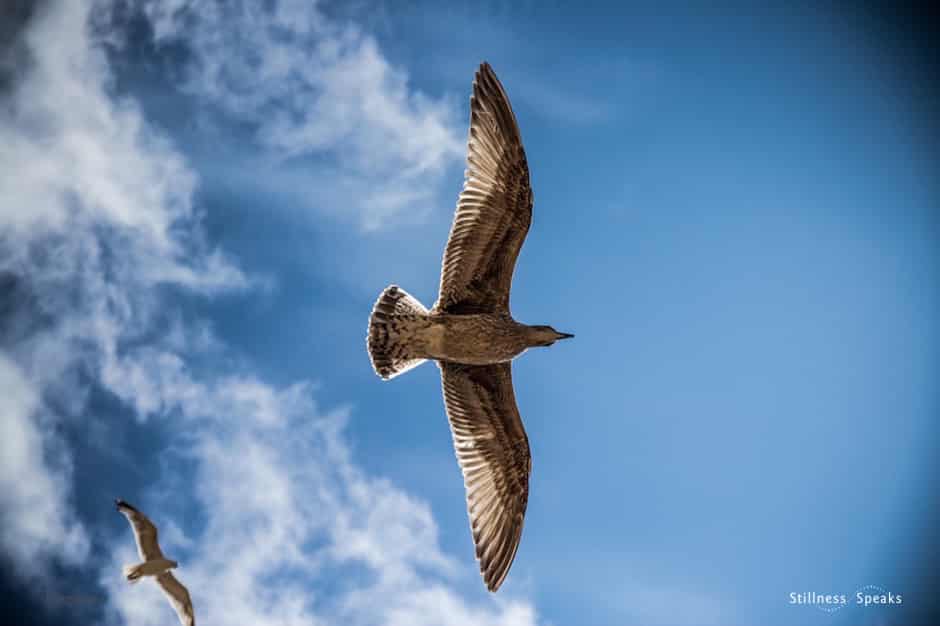 Stillness Speaks is pleased to offer Freedom to Be, an excerpt from Robert Saltzman’s new book The Ten Thousand Things which takes a unique look at awakening, self-determination, destiny, and choice. In Freedom to Be, Robert Saltzman explores free-will within the context of no intrinsic self. He explores who or what makes choices and examines what choices actually are. Robert turns many of our basic assumptions about choice and freedom up-side down. Robert has graciously provided a PDF of his book’s sixth chapter, Freedom to Be, which is free to download. All quoted material (italics) in this post is from the chapter.

Continuing with the question and answer format in the book, The Ten Thousand Things, this chapter cuts to the chase and opens with this challenging question about free will…

Robert, you say that we have no free will. I don’t understand that at all. If I decide to have another sip of tea, my arm and hand will reach out for the cup. Did I not will that action to happen?

Naturally, we all have the sensation of free will and choice, but that is, I say, a sensation and nothing more. Choice is a story we tell ourselves after the actual “decision”—there never was any decision—has already been determined unconsciously as the resultant of the interplay among different parts of the brain. What feels to us like choice is not a voluntary decision at all, but the attribution of that neuronal dance to a fictional boss or overseer called myself. The overseer-myself is a ghost in the machine. There really is no little “myself” sitting in the middle of your skull deciding anything. 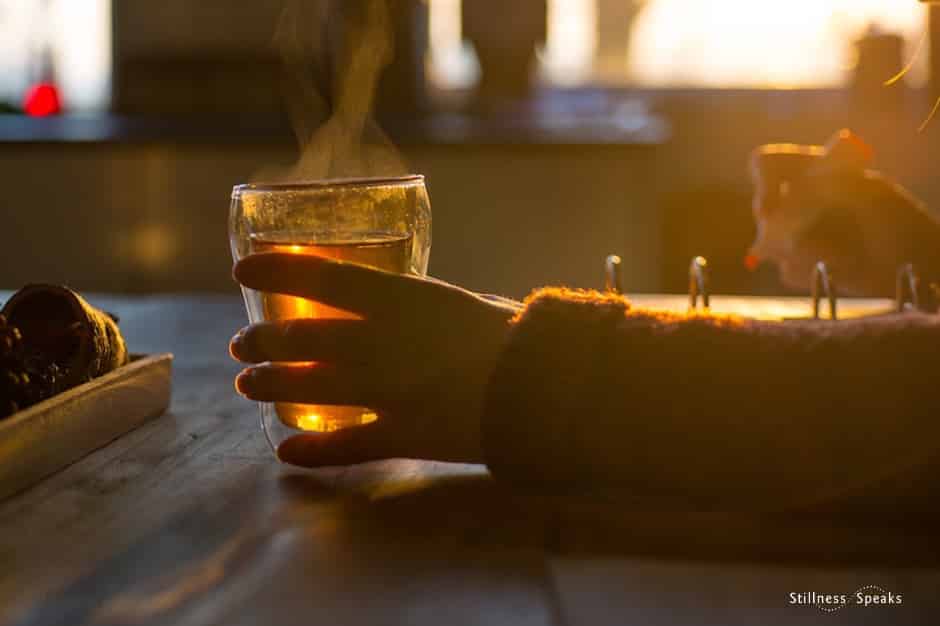 We all have a sensation of agency, but that sensation is like the feeling while dreaming that “I,” the dreamer, have powers to influence events and determine outcomes within the dream. Upon awakening, we see that the “I” in the dream was as much a part of the dream as anything else in the dream—not in any way separate from it—and actually had no powers at all.

It’s well know that ancient Hindu (and biblical) culture believed that the sun, planets, stars and other visible celestial bodies revolved around Earth. With the advent of modern science we now know differently, and may consider the ancient ones naïve in their understanding. But in other ways, the ancient Hindus had insight that westerners lack. 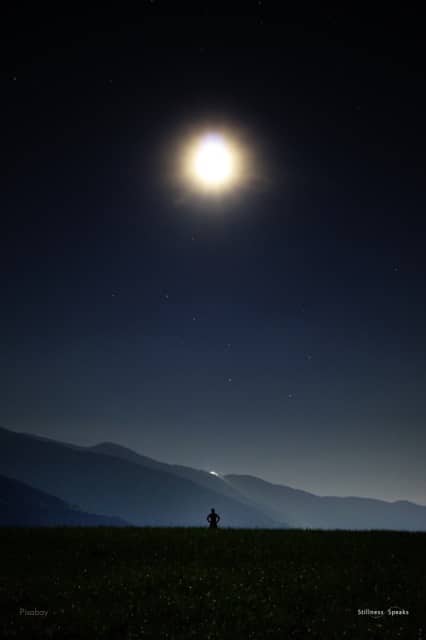 …in the matter of free will, the ancients may have understood things that most of us moderns do not. Vedanta, for example, appreciated long ago that the sense of free will is a kind of self-deception that arises with the mistaken idea that there is a person apart from the entirety of the universe. A similar perspective is found also in Buddhism, which points out that there never was nor will be a freestanding, separate “I,” because every apparently separate happening depends for its existence upon everything else. “Myself” is “co-dependently originated,” as this is said.

Although these two old traditions may seem to agree about a separate self….Robert points out how much they are actually at odds.

Vedanta tells us that “I” exist in two senses. The first is the bodily-identified “I” which believes and feels that it has free will. This is mithya, or conditional being. And then there is the supposedly permanent myself that witnesses the conditional myself, along with everything else in the universe.

In fact, Vedanta professes that without this permanent witness-self, the universe would not exist at all—that only the light of the Self brings the universe into being. The Buddha, on the other hand, who had been trained in Vedanta, but at last rejected it, dismissed the Vedic idea of Self, calling it “eternalism,” and
said that there is no permanent self, nor permanent anything else.

How we understand “self” is intimately intertwined with free-will. If there is no independent separate self, there is no self to make free-will choices. Robert hones in on this pivotal point…

Despite the feeling of free will, and the social conventions that revolve around it, no one, I say, ever chose anything freely. And no one is to blame for so-called “bad choices” either. The deepest wellsprings of thought and action exist beyond our ken and beyond conscious control. I have no idea what word I will type next or where it will come from. 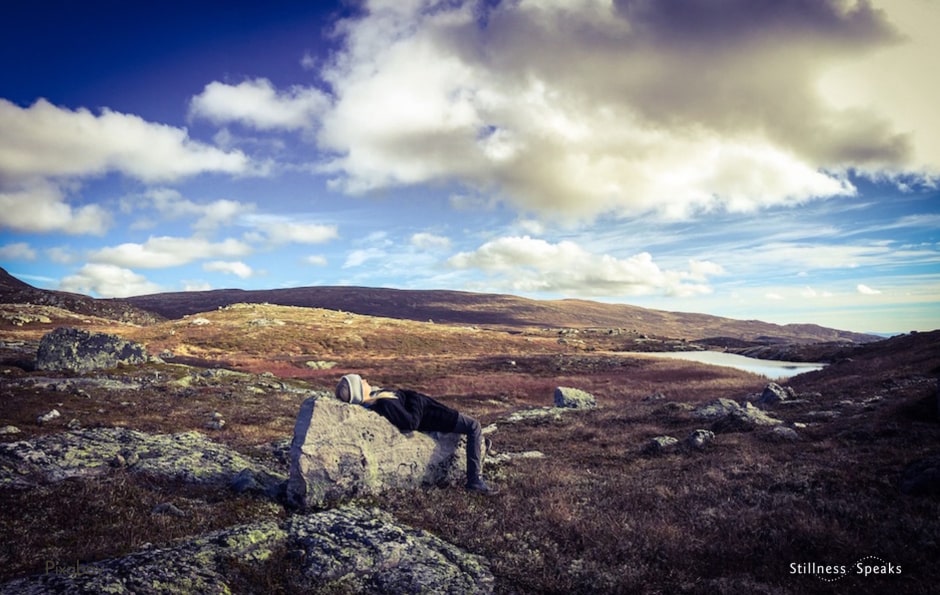 Freedom, I say, does not mean getting to do whatever one wishes. Nor does freedom have anything to do with so-called “free will,” which is a fantasy. Freedom arises with the understanding that in each moment what is, is, and cannot be different, including whatever “myself” sees, feels, thinks, or does.

In the light of that understanding, while acceding outwardly to social conventions which require playing the role of chooser and decider (and even demand acting as if one were somehow responsible for behaviors over which one never had any actual choice), inwardly—within one’s private understanding—one may come clean and admit that the “myself” who chooses is a fiction, a story I have learned to tell myself. In that admission one may find freedom—not the freedom to “choose,” but the freedom to be.

Robert concludes Freedom to Be with a short conversation with neuroscientist Rudolfo Llinás about magnetic resonance and free-will with physical movement — printed in full in this chapter.

Robert was recently interviewed by Rick Archer of Buddha at the Gas Pump.

Enjoy these two powerfully poetic and profound videos by Robert that underscore his teachings.

You are Here Now:

Dr. Robert Saltzman is an artist/photographer, and retired psychotherapist who lives and works in Todos Santos, Baja California. You can find out more about Dr. Saltzman on his website.

Images (edited and logo added): Featured and 1) Bird, by pascalmwiemers  2) Drinking tea by Skitterphoto  3) Night star by fill 4) Mountain by ParetoSec. All images are CC0 1.0 Public Domain from Pixabay.com.

You are Here Now and Awakening are sourced from Robert’s YouTube channel.