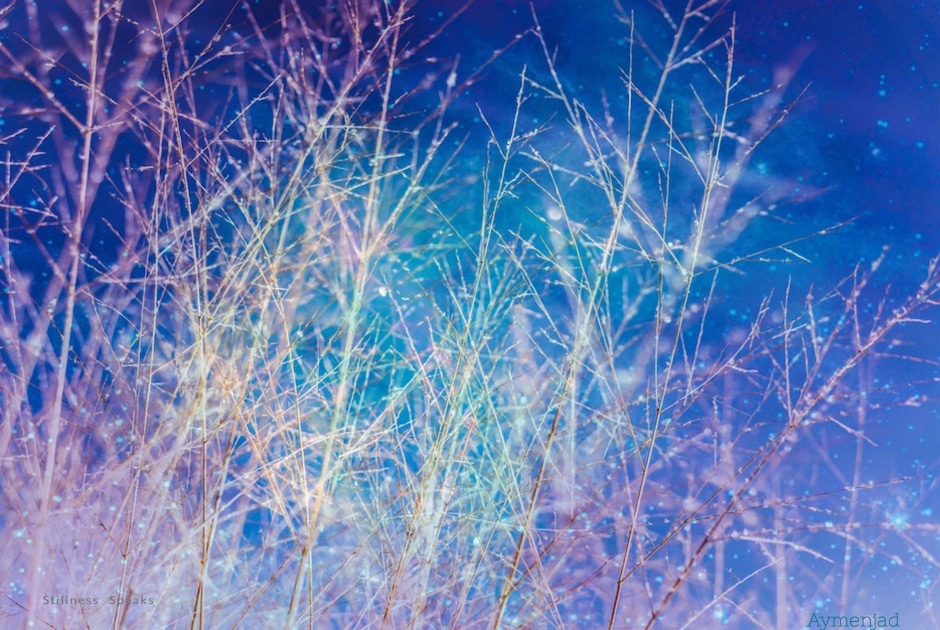 Stillness Speaks is pleased to offer this excerpt from Robert Saltzman’s new book The Ten Thousand Things which takes a unique and pragmatic look at awakening, free will, self-determination, destiny, choice, and who we really are.  Robert has provided a PDF of his book’s first chapter, Awakening and Behavior, which you are free to download.  This post provides an overview of this chapter. Unless otherwise referenced, all quoted material (italics) in this post is from the chapter.

We begin with a couple of questions posed to Robert.

Question 1: Hi, Robert. From a psychological point of view, how does awakening impact personal behavior? I remember a conversation in which you discussed a “six-year hangover” that seemed to revolve around the continuance of narcissistic behaviors by “Robert,” despite the sudden awakening experience you had.

Question 2: Robert, you seem to be a harsh critic of religion and spirituality, including not just the ancient book religions, but also new age spirituality, neo-Advaita, and the like. Is this something you felt before awakening, or did the awakening experience result in this skepticism?

Robert’s responses to these queries make up the substance of this chapter, Awakening and Behavior. Saltzman begins with the concept “awake.”

The word “awake” can be problematic even beyond the usual uncertainty about what one word or another really means. In the first place, “awakened” might seem to denote a kind of unchanging condition—a fixed state in which some person, the awakened one, remains or abides—but that is not my experience. In the second place, words like “awakened,” and “enlightened” sound rather grandiose for a perspective that seems quite natural—as natural, I’d say, as being roused from an afternoon nap and finding oneself alive and aware. So, before getting to the questions, I should clarify my usage of the word “awake.”

… awakening means the end of “spirituality” in the face of the undeniable understanding that all conjecture on the subject of “myself” falls short—must fall short—of actually explaining anything. In each moment, I finnd myself here as an apparent focus of awareness without ever having chosen to be here, without knowing what I “really” am, and without needing to know. I am well aware that what I see and feel is a concoction of some sort or another, but this world is the world I have, and so I, an apparent constituent of this world of mine, live in it and with it—not in a world of conjecture, supposition, and mysticism about ultimate matters, but here and now. That is what I mean by “awake.” 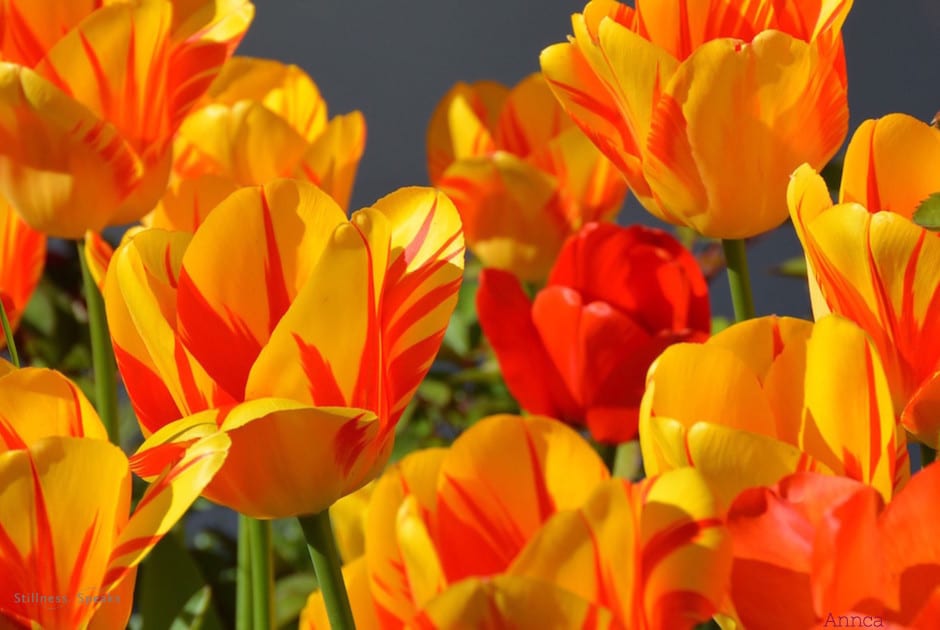 I don’t recall mentioning a six-year hangover, but I suppose that refers to a serious illness I contracted in 1990, just around six years after the initial break-through about which you are asking. That illness struck hard just on the eve of the opening of an exhibition and book signing about which I had been feeling inflated and self-important. In the event, I was too ill to make it to the opening. Missed the whole enchilada.

During the ensuing months of anguish and recovery, I came to see that despite the abrupt experience of awakening, which felt entirely real and undeniable, I still harbored an out-and-out egotism about my work as an artist, as if I were the doer of that work, although I knew quite well that “ego-I” was not a doer of anything. So there it was in stark clarity—the split. 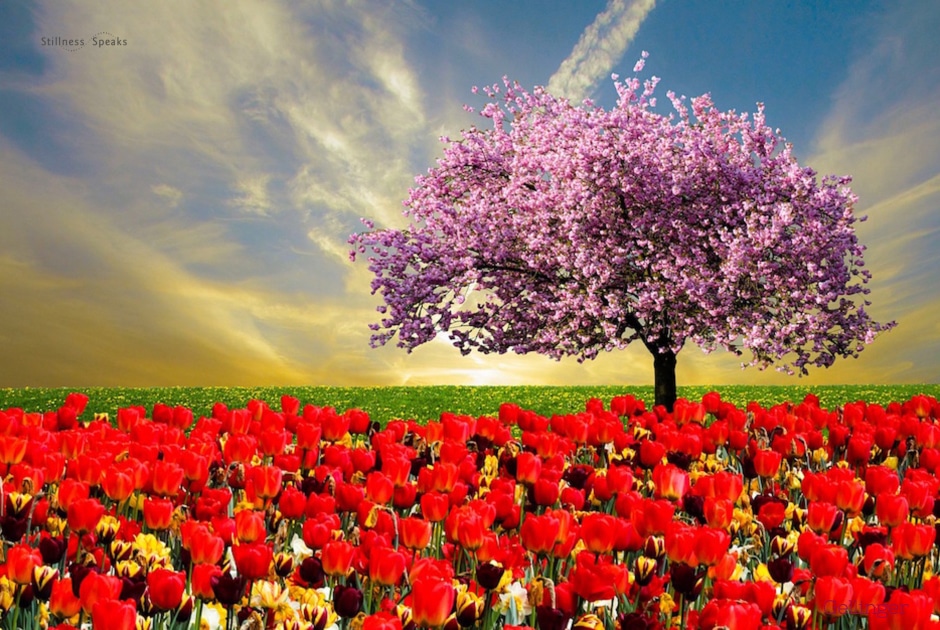 Awakening, or the awakening individual has to contend with the reality of the personality. Saltzman believes that “awakening then must be absorbed by sectors of personality that might be slow to catch on, isolated as they are by the habits and demands of self-interest. Seekers of enlightenment seem often to imagine that awakening will mean the sudden and absolute annihilation of the “personal self,” but that is not my experience.  Awakening, I say, never ends, and neither does personality.”

Personality or the personal self is necessarily diminished by the emergence of the awakening self…“For me, an apparent personal self is still present, but has lost the authority of its judgments, certainties and pet beliefs. Gone too is the usual intense identification with personal history and autobiography as if one owned the past, or at least one’s little piece of it…Without its certainties and habitual attachment to self-fulfillment, and self-justification, the personal self has nowhere very solid to perch.” 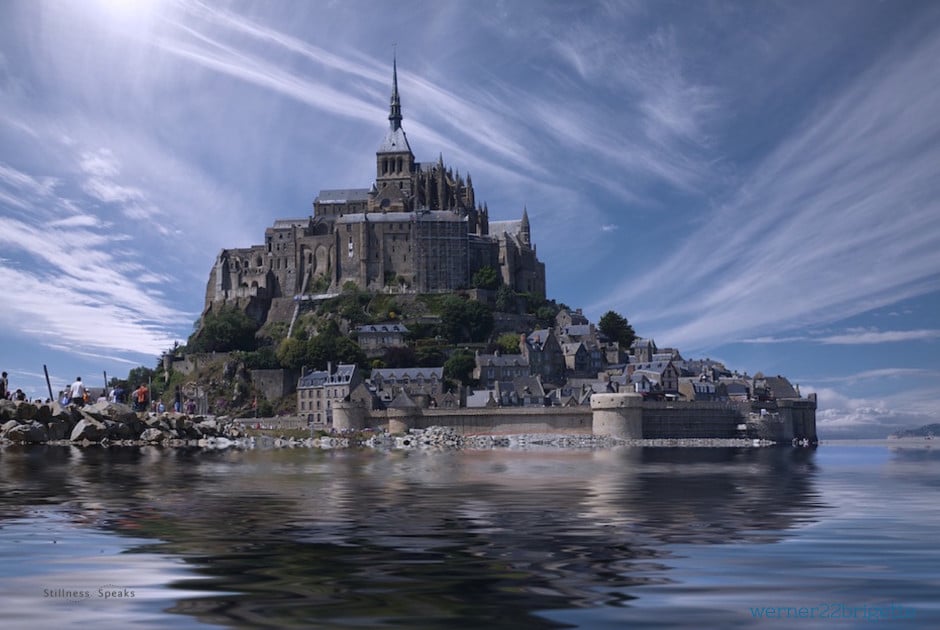 … those with a religious background sometimes approach that matter by means of reference to tradition. For an awakening Christian, for example, the experience I call choicelessness (things are as they are and cannot, in this moment, be different) might be exemplified by the words, “Forgive them Lord for they know not what they do” (forgive them because they have no choice).

Saltzman recognizes that Eastern and Western seekers hope to find salvation or liberation by attempting to “self-realize according to their existing concepts of a supreme being.”  But to Saltzman, that kind of “salvation” looks like self-hypnosis, rather than awakening.  Saltzman prefers to remain in the realm of not-knowing. 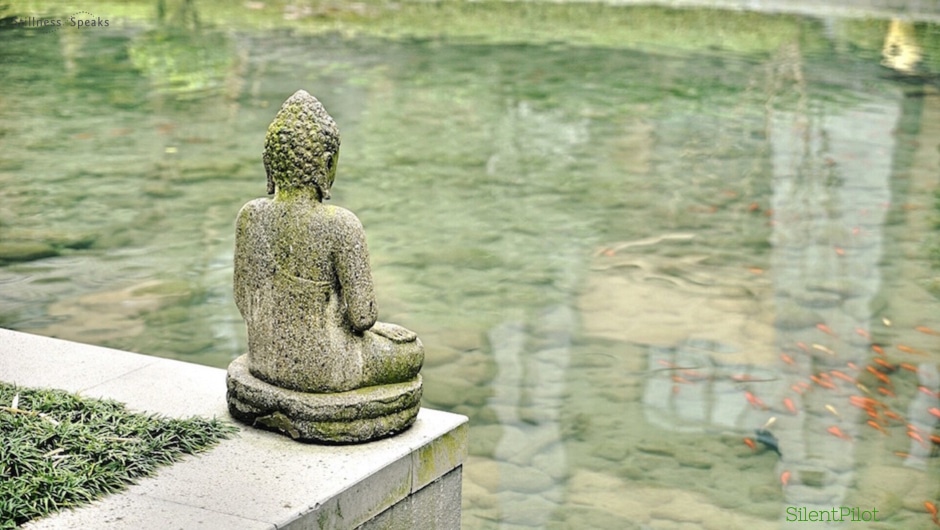 I know nothing about ultimate matters: nothing about submission to the will of God, as in Christianity and Islam; nothing about realizing one’s identity with Brahman, as in Hinduism; nothing about what happens when you die, and nothing about how all of this got here—none of it. All I know is the constantly changing flow of perceptions, feelings, and thoughts in this stream of consciousness…

Faithful to his iconoclast vision, Saltzman confronts the notion that a supreme being or anything else might be considered permanent within the universe.

Spiritual believers of many stripes assert, with unwarranted certainty, that a supreme being does stand apart from that stream. That supposedly conscious being, whether the Brahman of Hinduism, or the God of Christianity, Islam, and Judaism, is claimed to be permanent, eternal, and boundless. But in my own heart I do not know if anything is permanent, or even what “permanent” would mean in the vastness of this universe—even that small part of it of which we are actually aware. I have no reason to believe in anything permanent. Nor do I doubt it. I simply do not know, and that “not-knowing” is part and parcel of what I consider “awake.” 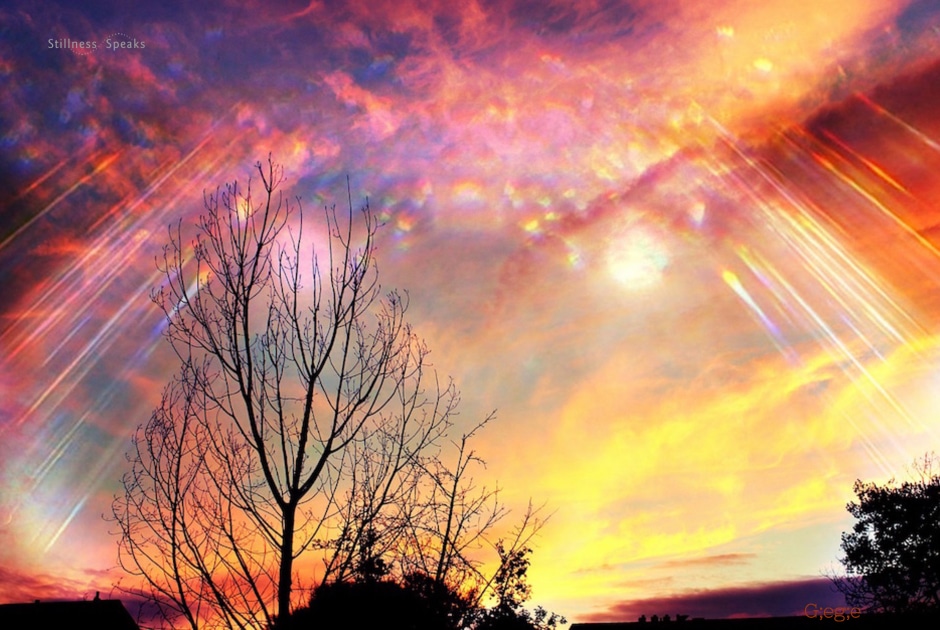 To Saltzman, “whether a supreme being exists or not is beside the point. Regardless of what you believe or disbelieve, undeniably, here you are.” The uncritical embrace of supposed inspired scripture, and notions of truth, faith and belief are all rejected by Salzman.

I have not a speck of interest in beliefs, conjectures, or faith of any stripe, not because one belief or another has been proven wrong or because I am an atheist or a materialist, but because this moment is suffcient unto itself without my needing to believe anything.

In awakening, one sees that concepts about ultimate matters are only passing thoughts in changeful human minds, not “Truth.”

Saltzman concludes the chapter with a personal story–guided by an awakened outlook and a diminished personal self–that led to his own significantly changed behavior.

“Sometime during my slow recovery from the illness that showed me the split between the undefinable mystery-self and the conventional ego-self, I lost the desire to continue my career in the art world. I was tired of the vanity and the overblown self-promotion on all sides, was put off by the company of all but a very few artists, and often had to drink to excess before being able to attend the openings of my exhibitions. Now I was done. I went back to school, obtained a doctorate in psychology, and began my work as a psychotherapist. So I suppose that is a change in behavior, if that is what you meant.”

Robert was recently interviewed by Rick Archer of Buddha at the Gas Pump … on Sat July 8th 10AM MDT.  Also Robert has two short videos available which are well worth a watch, Awakening and You and Here Now.

Dr. Robert Saltzman is an artist/photographer, and retired psychotherapist who lives and works in Todos Santos, Baja California. You can find out more about Dr Saltzman on his website.

Images (edited and logo added): Featured and 1) Sky by Aymanjed  2) Leaves by Tante Tati  3) Tulips by Annca  4)  Emotion by Gellinger  5) Mont Saint Michel by werner22brigitte  6) China by SilentPilot  7) Sky by Glegle. All images are CC0 1.0 Public Domain from Pixabay.com.