“If we listen closely to the coming-into-and-passing-out-of-being of each sound we can recognize that here is the very creation and renewal of the cosmos.” 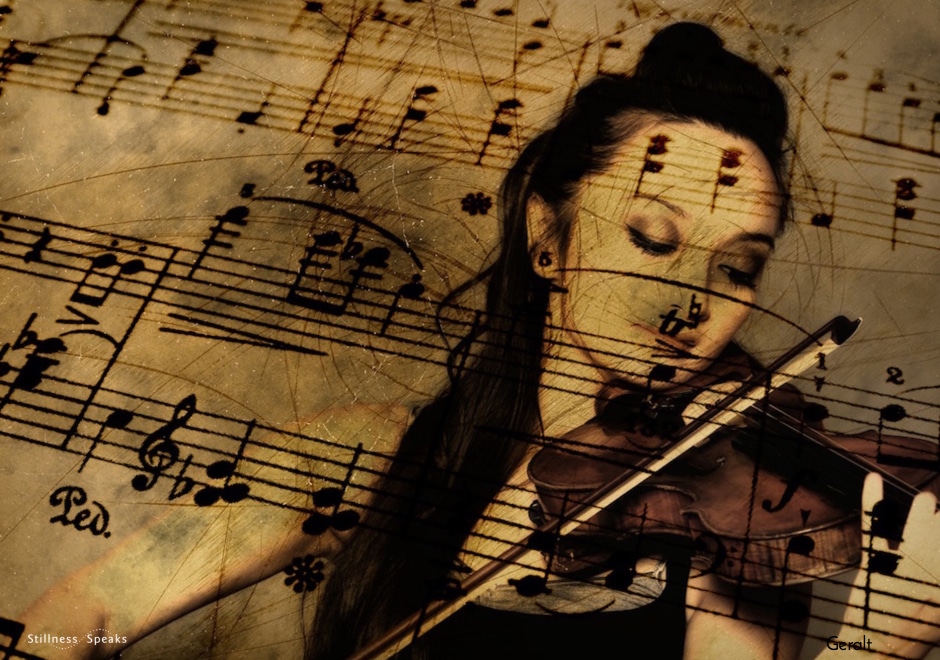 Pir Elias Amidon explores the mystery of music, What happens when music touches us?  What is it that enchants us in the mingling of sounds? What is happening that moves us so? Amidon’s aim is to suggest another way of experiencing what is behind the questions.

What is music? What happens when music touches us? If we could somehow float above planet Earth and hear the abundance and diversity of music rising up from around the globe — monks chanting in cloisters, rappers hip-hopping in Detroit, mothers humming lullabies in China, string quartets performing in Vienna, distant lovers singing of their longing — what would we be witnessing? What is it that enchants us in the mingling of sounds? What is happening that moves us so?

I am not sure these questions have reliable answers. Of course, we might say music comforts us, or calms us, or excites us, or inspires us, but we still wouldn’t be any nearer to answering what music is, or what is behind the mystery of its capacity to touch us in so many ways.

My purpose here is not to dream up answers to these questions about music’s mystery, but to suggest another way of experiencing what is behind the questions. In aid of this purpose I would like to point to another mystery, what the great 13th century sufi mystic Ibn ‘Arabi called “the Breath of the Merciful.” This is a mystery on the scale of the cosmos and its origins. Yet its awesome majesty can be experienced within the intimate mystery of music itself. 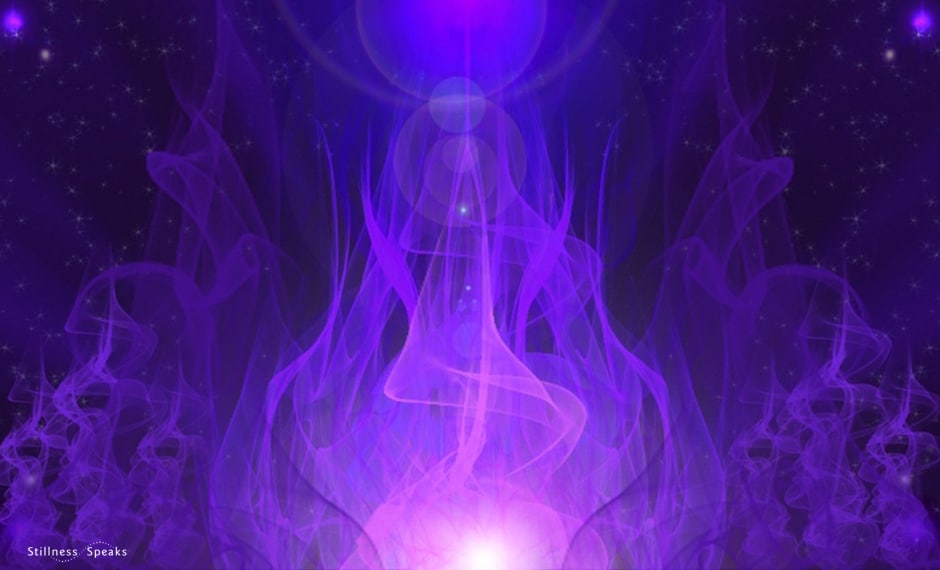 The Breath of the Merciful

The Breath of the Merciful is understood as the cosmic dynamic that vitalizes the many in the One. It is the ever-present ‘Breathing’ that makes it possible for this infinite universe of duality to come into being while never being other than the nondual essence of the One. Seeing the nature of this dynamic gives us a chance to intuitively understand how there can simultaneously be the one indivisible essence of the Real and the endless proliferation of phenomena. This understanding, if it occurs, is not conceptual and is not simply a metaphysical nicety. ‘Getting’ the relation between the relative and the absolute is at the heart of all experiences of spiritual awakening.

There is a well-known Tradition of the sayings of the Prophet Mohammed in which God says, “I was a Hidden Treasure and I longed to be known, so I created the Cosmos.” This saying reveals that the essence of God (the Hidden Treasure) contains within it a fundamental yearning for self-realization. The essence longs to know the essence. It is this longing that pervades all of existence. It is what calls you to read this sentence, to appreciate a spring morning, to love someone, or to want to know God.

Ibn ‘Arabi suggests this primordial longing is “relieved” by a vast cosmic Mercy — the Breath of the Merciful. We can imagine this cosmic dynamic has two aspects — an exhalation and an inhalation. Through the infinite generosity of the Merciful Breath, the cosmos flows into actuality. This is the divine exhalation that brings the universe into being each instant. It is the very principle of creation manifesting the potentialities latent “within” the Oneness of Being. Through the birthing of polarities and multiplicity, of otherness, the Breath makes possible relationship, and thus knowledge and love. Now the primal longing of the Hidden Treasure has a direction in which to flow. 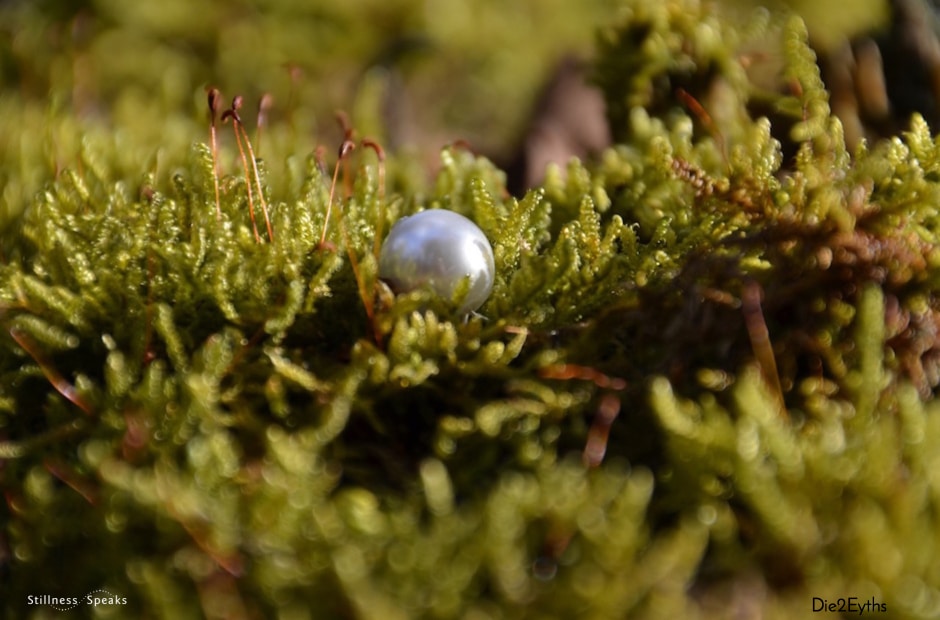 And yet, as we know all too well, the dimensions of duality can be a trap in which otherness is experienced as the only reality. Separation rules. As seemingly separate entities we thirst for connection, but with what? As the Buddha said, our thirst, our craving, becomes the cause of suffering.

Here we may sense how the Breath of the Merciful continues in its Mercy by drawing the existence of the many back to union with the essence. This is the divine inhalation, of return to unity, of homecoming. In one sense this inhalation occurs every moment as the entire cosmos passes away to make room for the new. In another sense, the divine inhalation is expressed in the call to awakening, to realization of the Hidden Treasure. The conscious recognition of our true identity is the consummation of cosmic longing.

Yet while this return to Unity is a movement of love, it also destroys otherness, and therefore the possibility of relationship. Union with the Beloved annihilates the lover. Here we see the universal paradox of Becoming and Being, and the necessary tension between otherness and non-otherness that makes possible divine self-realization. 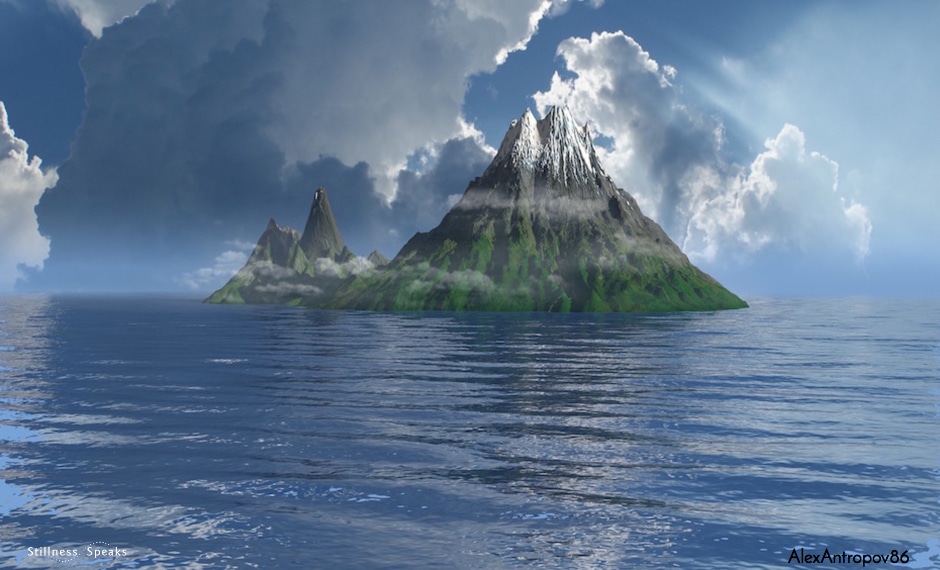 We can appreciate the paradoxical nature of this view by recognizing that the image of the Breath is not sequential like the breath of animals, but instead the two aspects of the Merciful Breath are eternally co-existent, the exhalation including the inhalation, and vice versa. Thus we can glimpse the many in the One and the One in the many, and the contradictory simultaneity of time and the timeless, of the created and the uncreated, of the other and the not-other.

The Mystery of Music

With this admittedly condensed and abstract introduction to Ibn ‘Arabi’s concept of the Breath of the Merciful, let us return to our contemplation of the nature of music. Holding for a moment in our awareness this recognition of the function of the divine Breath, we can perhaps allow for the possibility that as we create or listen to music we are actually witnessing the creation of the cosmos. 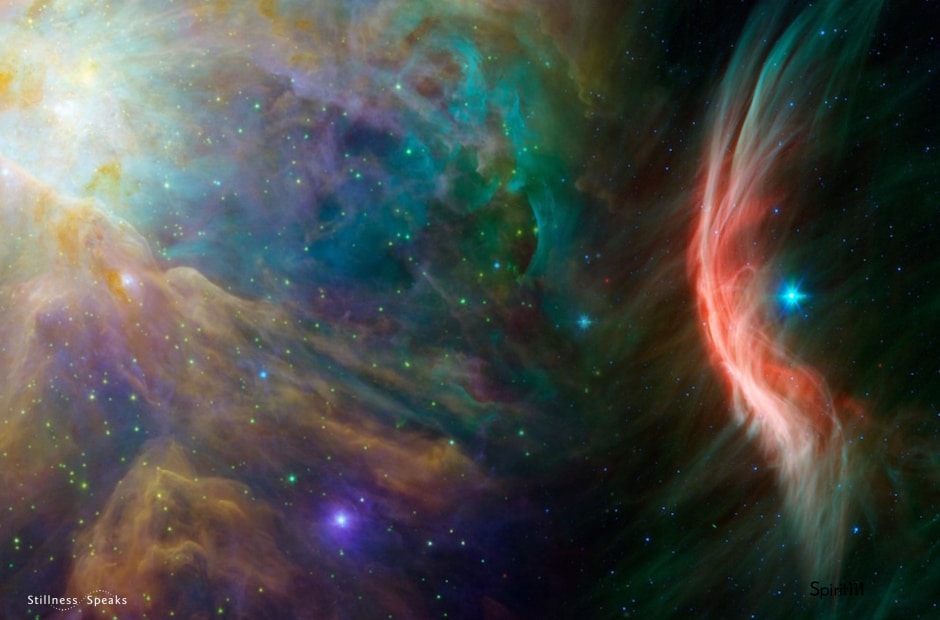 For example, before a melody or rhythm begins there is silence. Then the first sound appears. From where does it come? Where was it before it manifested its sound? We may notice how the first sound, and the second, and the third, and so on, are each given freely into the moment. They appear out of silence, out of not-being. We may also notice how the note that will be played in a few moments doesn’t yet exist… and suddenly it is here! What gives it existence?

We can only say it is birthed from the infinite potential of the void. And then, what happens? It vanishes! Where does it go? It returns back into the emptiness of silence, into not-being. Yes it may linger a moment or two in memory as its fleeting presence touches the fleeting presence of the sounds that follow, but silence precedes it and silence finishes it.

If we listen closely to the coming-into-and-passing-out-of-being of each sound we can recognize that here is the very creation and renewal of the cosmos. What we are calling the Breath of the Merciful makes possible the arrival of each sound out of nowhere. And equally miraculous the Breath resolves this coming-into-being of the sound by instantly drawing it back beyond being, into pure essence.

When we listen to or create music that is fresh and living, we are struck by how what is played or sung is both unexpected and inevitable. Each curl of melody, each unresolved chord or playful syncopation replicates the longing of the Hidden Treasure to be known. The melody rises, gathers, soars, and calls for its resolution. 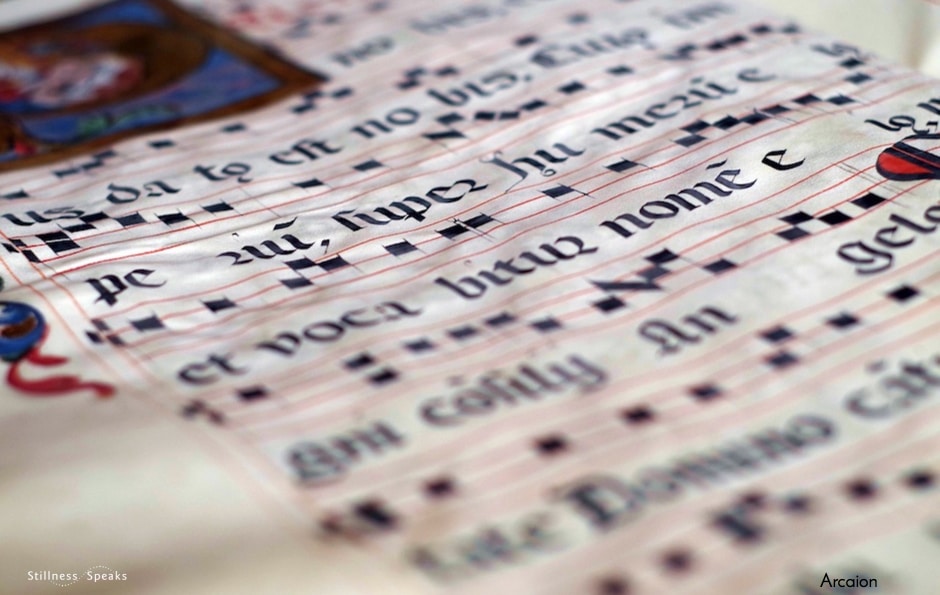 Could it be possible that music in its most authentic function replicates the primal cosmic drama of creation by its own creation of the beautiful thing, the beautiful sound (the exhalation), and then the re-absorption of that thing-sound into no-thingness (the inhalation), touching our heart as it does so with this gift of the play between existence and non-existence? Or is it even more than that? As our heart is touched by the beautiful thing, does it not make possible the cosmically longed-for event of the Hidden Treasure becoming known?

And what is this “knowing” anyway? Can the Hidden Treasure be known as a thing is known? Or do we not open to the essence of the Hidden Treasure by letting go of knowing altogether, just as we let go of each note in music so that its essence will be revealed? As the 2nd century Buddhist master Nagarjuna commented, “Nirvana is the letting go of what arises and passes.” In some way this is what happens when music awakens us.

We are honored to offer this guest post authored by Pir Elias Amidon, published with his gracious permission and sourced from Open Path/Sufi Way. The text content of this post (without all the images here) was previously published on Open Path/Sufi Way website as The Mysticism of Music.

Here’s a recent post on this site which includes a brief BIO of Pir Elias Amidon in lieu of his teacher page on Stillness Speaks, which will be added shortly.

Images: (all edited and logo added) 1& Featured) Violin music by geralt  2) Mercy 3) Pearl by Die2Eyths  4)   5) Island by AlexAntropov86  6) Hubble by Spirit111 7) Calligraphy by Arcaion.  All images are CCO Public Domain from Pixabay.com

Rupert Spira: Music is the Most Transparent Art Form