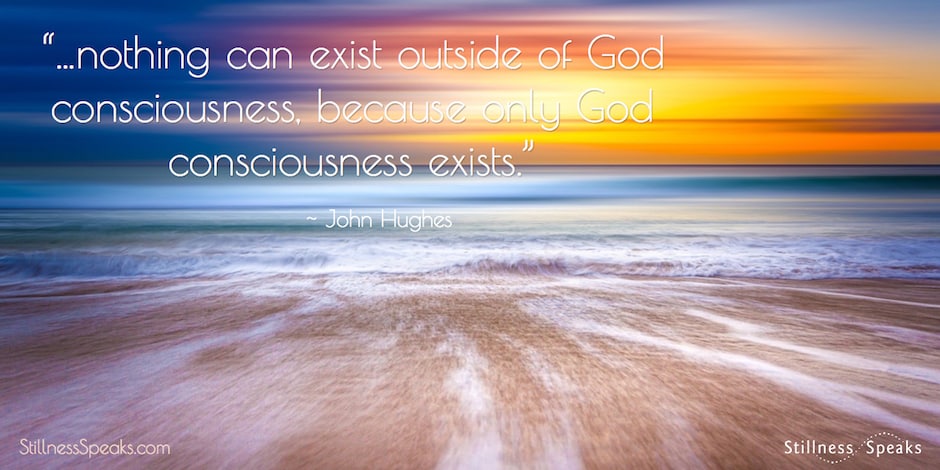 This series, from John Hughes’ article Moksha in Kashmir Shaivism introduces the extraordinary soteriology of Kashmir Shaivism. As in all Indian traditions, the concept of moksha is central. Moksha is commonly translated in English as spiritual “liberation” or “freedom.” Although most Indian traditions teach liberation as the “end all and be all of spiritual life,” each tradition has its own understanding of what moksha means and offers varying ways to “achieve” it. Hughes describes the unique understanding of “moksha” and the means of its attainment as revealed by Kashmir Shaivism.

This post introduces Hughes’ fascinating and clear description of this powerful tradition. All italicized text is taken from Hughes’ article Moksha (liberation) in Kashmir Shaivism which is available as a FREE PDF download generously given to us by the Lakshmanjoo Academy.

The ancient tradition of Kashmir Shaivism is a non-dual (advaita) school of philosophy, which takes as its source the ninety-two Tantras of Lord Shiva. These include Bhairava, Rudra and Shiva Tantras.

Adherents also know this philosophical tradition as Trika. because it encompasses the three-fold science of man and his world. The three elements of Trika are Shiva, Shakti and Jiva. Shiva is the creator, Shakti, his energy, the means of creation, and jiva, the limited individual, the result. 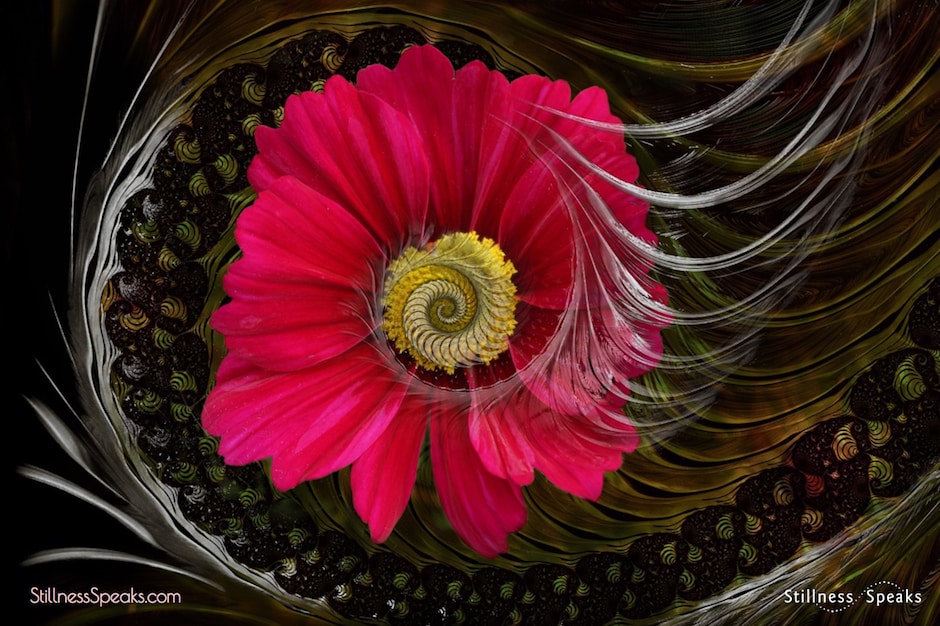 Hughes states that the teaching of Kashmir Shaivism is rich and detailed in what it reveals… “that it is said to be the mystical geography of awareness.”

“It includes a highly developed system of spirituality that emphasizes not only the intellectual understanding of its concepts but also the direct realization, the direct experience, of its truth.”

“For the Kashmir Shaiva aspirant, the very nature of truth…is that it is unlimited and universal. The human intellect, on the other hand, is limited and individual. As such it cannot contain within its grasp that reality which transcends it…Any attempt to define and contain it with the spoken word only limits it. If truth is to be known and understood, it must be experienced through direct realization.”

Understanding the attainment of moksha in Kashmir Shaivism requires some understanding of non-dual cosmology. 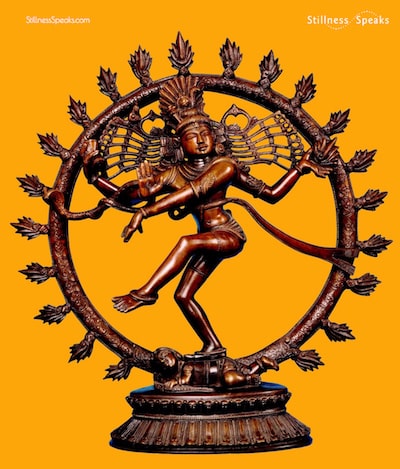 In brief … “Kashmir Shaivism is a monistic or non-dual tradition so, in describing the nature of reality, the Kashmir Shaiva explains that there is actually only one Being, known as Lord Shiva. This Being is the nature and existence of all beings.”

“The Shaiva also explains that the objective world, although experienced as being separate from one’s self and limited, does not have a separate existence and it is not actually limited. This objective world comprised of the collection of objects, cognitions, and limited subjects is nothing but the expansion of the energy of Shiva. It is not separate from Shiva’s energy. Lord Shiva is the energy holder and the objective universe is His energy.” 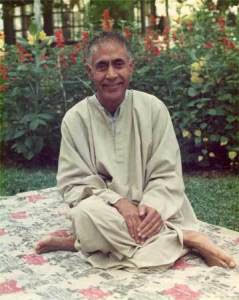 Hughes inquires, “But what is the relationship of Lord Shiva to His energy?” Swami Lakshmanjoo clarifies this by making a distinction between Shiva and His Shakti.

“Shakti is this whole objective universe—which includes not only the objects of perception and the means of perception, but also the limited subjects or perceivers attached to those objects—and that Shiva is that reality from which this universe issues forth.”

“And yet it is said that Shiva and Shakti are not aware that they are separate. Why? Because in reality they are not separate at all, they are one, just as fire is one with its heat.” 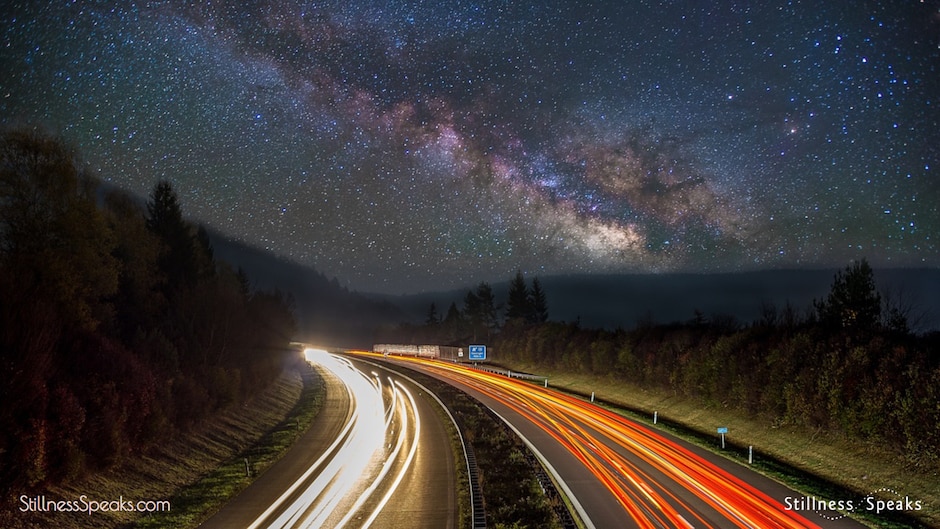 There is a distinct difference between Kashmir Shaivism and Advaita Vedānta, even though both teach non-dualism…

Advaita Vedānta’s proposition is that “this universe is untrue and unreal, that it is a false projection of the magical principle of illusion known as māyā.”

In opposition, Kashmir Shaivism argues that if Shiva is real, how could an unreal substance emerge from something that is real? If Shiva, the ultimate essence of existence, is real, then His creation must also be real. For the Kashmir Shaiva this universe is just as real as its creator.

Kashmir Shivaism’s non-dualism however, creates a dilemma. According to Hughes, if the universe is as real as its creator, then how does the Creator create this diverse and seemingly separate universe as one with Himself?

“To explain this apparent incompatibility, Kashmir Shaivism proposes the theory of reflection. This theory explains that the universe is created in the same way as the image of an object, such as a house, can be reflected in a mirror. In the case of Shiva, however, there is no object such as the house which exists independently from the mirror of God consciousness… nothing can exist outside of God consciousness, because only God consciousness exists.”

To summarize… “Lord Shiva creates the objective world through the expansion of His Shakti, His energy, which is absolutely one with Shiva. The universe is manifested in His own nature, like a reflection in a mirror, by His own absolutely independent will.”

Click here to read Part 2 … and Part 3 of this series.

Images (edited and logos added): Featured and 1) Sunset by StockSnap  2) Fantasy Flower by Suju  3) Shiva by Lathish  4) Milky Way by flo222  all photos are Public Domain CC0 1.0 Image of Swami Lakshmanjoo and John Hughes is generously provided by the Lakshmanjoo Academy.