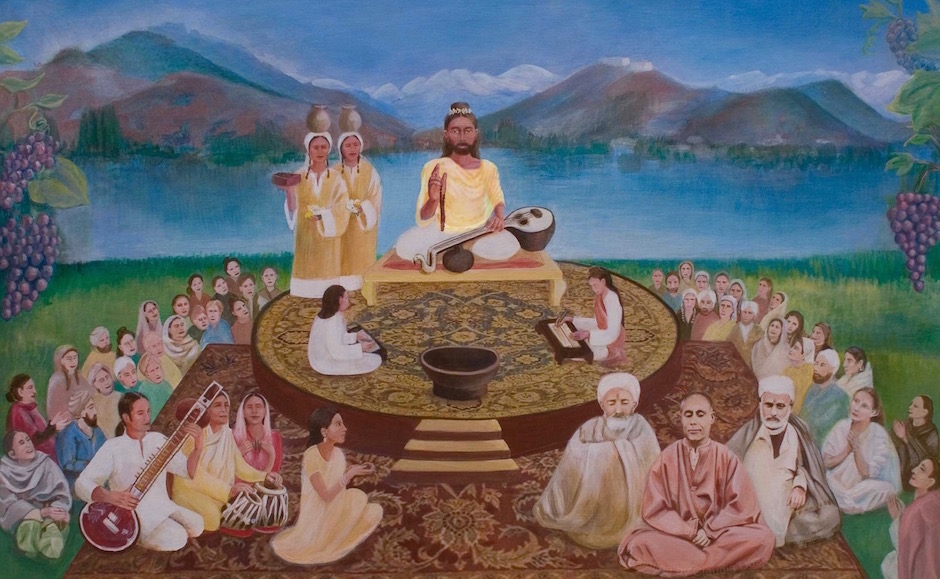 Today, April 18, 2018, we are very happy to add Kashmir Shaivism to our list of traditions. Kashmir Shaivism is an ancient non-dual tradition that was practically hidden from view for several centuries … it’s unique because it’s “oral,” i.e., the teachings have always been passed down by word of mouth, from master to disciple.

Swami Lakshmanjoo was the last direct descendant in the unbroken chain of Masters of this unique oral tradition.

He dedicated his life to the sacred teachings of Kashmir Shaivism.

Stillness Speaks is able to offer this unique and rich tradition related content through the generosity and courtesy of John & Denise Hughes of the Lakshmanjoo Academy. They had the rare opportunity to work directly with Swami Lakshmanjoo, to record and preserve the unknown English translations of Kashmir Shaivism.

John & Denise along with Viresh Hughes, George Barselaar, Claudia Dose, Shanna Hughes and  Jody Weiss at the Academy, are on a mission “to educate the world by preparing and releasing the classic yogic texts from the tradition of Kashmir Shaivism as revealed by the venerable Master Swami Lakshmanjoo.”

Last November, we had published an excellent introduction series on this tradition by John Hughes … who states that this rich and detailed tradition … “is said to be the mystical geography of awareness.” 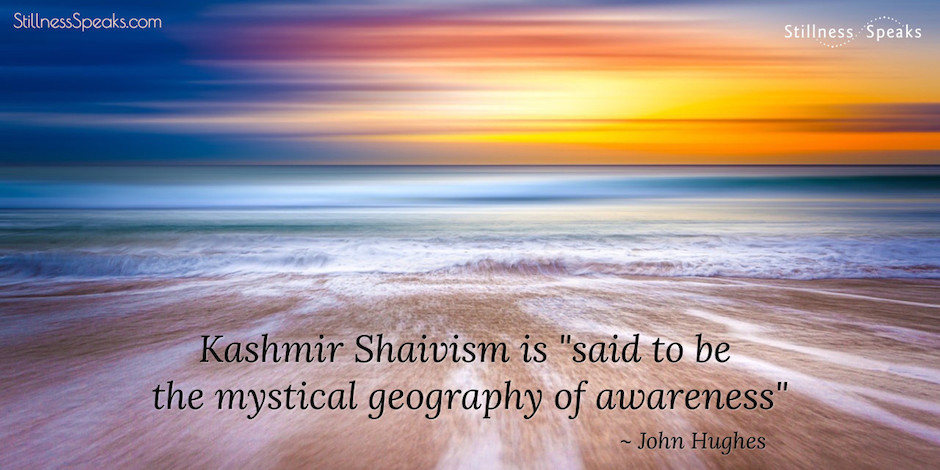 John’s post, Kashmir Shaivism: A Brief Primer introduces “… a highly developed system of spirituality that emphasizes not only the intellectual understanding … but also the direct realization, the direct experience, of its truth” … it includes a FREE PDF download.

And here’s an 8+min VIDEO clip from the series “Bhagavad Gita, In the Light of Kashmir Shaivism, Revealed by Swami Lakshmanjoo” … Swamiji addresses How you can be liberated from repeated births and deaths. 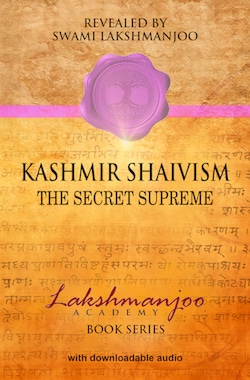 And … we also have many books and downloadable articles (FREE PDFs) with Swamiji’s teachings on this tradition … with more being added on an ongoing basis.

One of the key books is Kashmir Shaivism: The Secret Supreme where Swamiji reveals the Tantric teachings of this ancient tradition that was long enshrouded in secrecy. The rich and detailed descriptions reveal the ascent of individual consciousness to universal God Consciousness. The key of this oral tradition is found within the pages of this book

Images : Featured & 1) Gurunatha, Abhinavagupta and the lineage of Kashmir Shaiva Masters by Claudia Dose, 3) Sunset by StockSnap (edited and logos added), Public Domain CC0 1.0 … and #s 2) Swamiji, 4) The Secret Supreme Book Cover, 5) John Hughes plus the video clip are all generously provided by the Lakshmanjoo Academy.