Emptiness: “…we are not separate and independent entities, but rather we exist in dependence on webworks of relations and transactions …” ~ Greg Goode 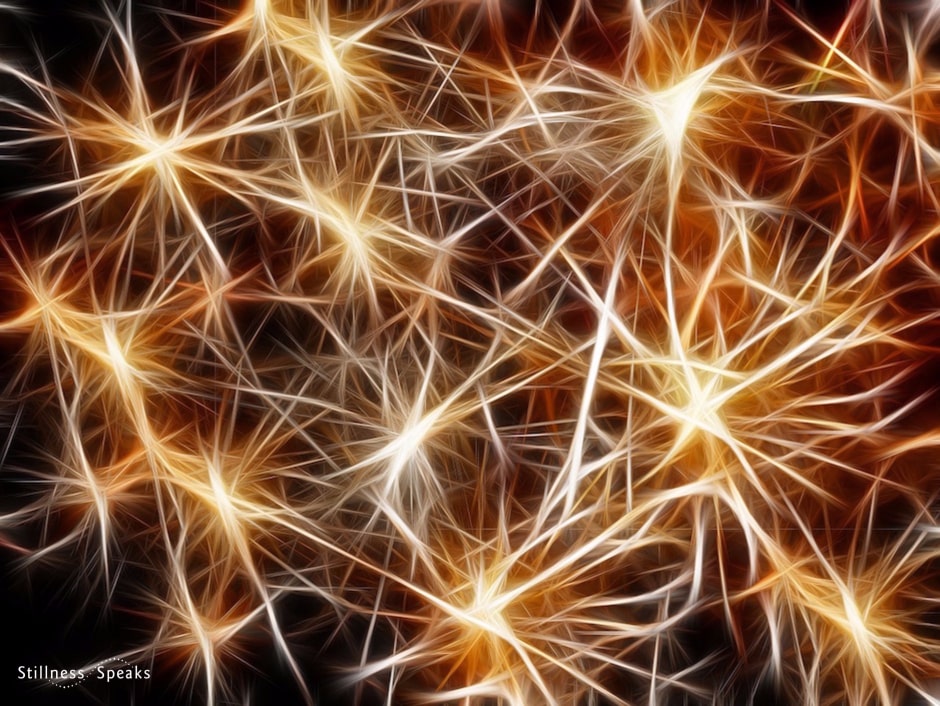 In this Part 5, Greg continues his overview of emptiness … and explores Emptiness and Dependent Arising, Conventional Existence, and Emptiness Itself is Empty … and, here’s Part 1, Part 2, Part 3, and Part 4.

According to the Mahayana paths of Buddhism that emphasize the notion, emptiness is what the early Buddhist sutras were pointing to when they presented the notion of pratītyasamutpāda (Sanskrit) or paticcasamuppāda (Pali), namely “dependent arising”: 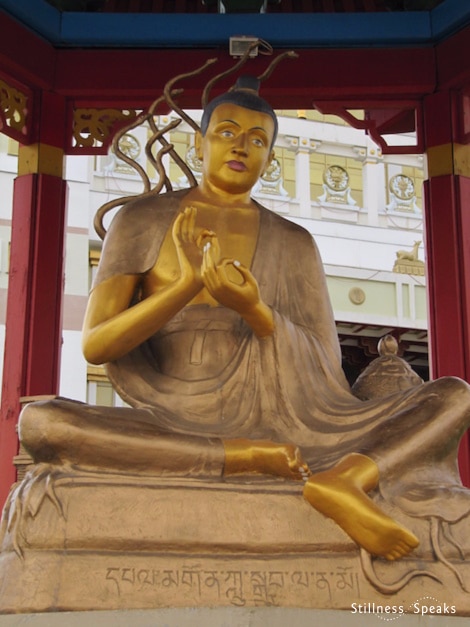 Centuries later, Nagarjuna (2nd century C. E.) became the preeminent expositor of emptiness teachings. His Mūlamadhyamakakārikā (Treatise on the Middle Way) is today considered the most profound and sophisticated exposition of emptiness in Buddhism. The text provides scores of arguments for the conclusion that to propose any kind of inherent existence or metaphysical essence involves the proponent in logical contradictions and incoherence. Chapter 24 actually contains two specific verses that characterize the notion of emptiness itself:

Whatever is dependently co-arisen,
That is explained to be emptiness.
That, being a dependent designation,
Is itself the middle way. ~ (Treatise, 24.18)

Something that is not dependently arisen,
Such a thing does not exist.
Therefore a nonempty thing
Does not exist. ~ (Treatise, 24.19)

In verse 18, Nagarjuna sets up a three-way equivalence:

emptiness = dependent arising = verbal convention
{This insight is very clearly set forth by Jay Garfield in his Fundamental Wisdom of the Middle Way, pp. 303-321}

and identifies this equivalence with the Middle Way. The Middle Way is a form of nonduality that is free from the dualistic opposites of essentialism and nihilism. Even emptiness itself is characterized as being empty. It is empty because, instead of having the inherent nature of being dependent arising, it is merely “explained to be” dependent arising.

So how do things exist if they don’t exist inherently? According to the Buddhist teachings, things exist in an everyday, non-inherent, dependent way. Our mode of existence is dependent on many things, such as the causes and conditions that give rise to us, the components that make us up, and the ways we are cognized and categorized. According to the teachings, we are not separate and independent entities, but rather we exist in dependence on webworks of relations and transactions. 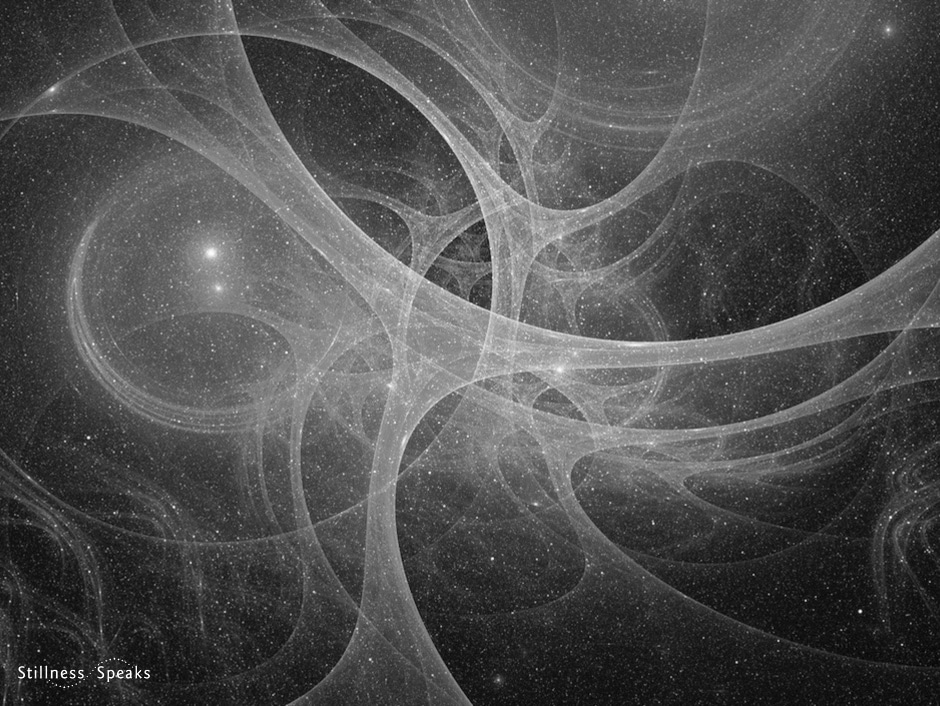 For example, we can say that a bottle of milk exists in a dependent, conventional way because you can go to the store, lift the bottle of milk off the shelf, pay for it and bring it home. It exists in dependence on its surroundings, its having been manufactured, and in relation to the actions of the store employees and yourself. The bottle of milk is not found to exist independently of these things.

It is taught that all things are empty and dependent like this. That includes people and all other living beings, as well as consciousness and unconsciousness; pleasure and pain; time and space; cause and effect; good and bad; logic and math; language, meaning and reference; art, commerce and science; planets, boulders and bridges; unicorns and Sherlock Holmes; energy, thoughts, feelings and bodily sensations. Whatever exists is said to exist conventionally, but not inherently.

Emptiness Itself is Empty 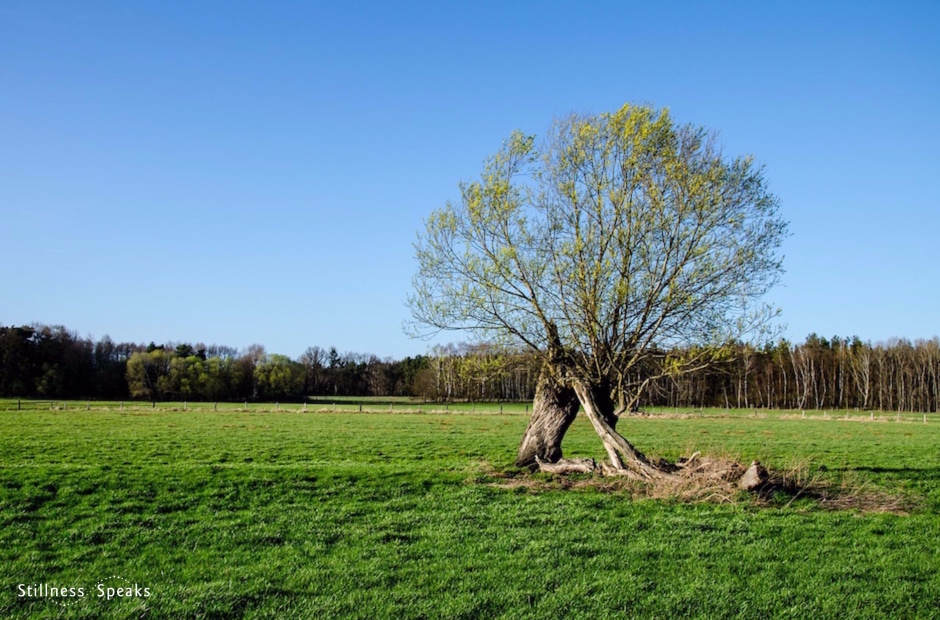 Understood this way, emptiness is not a substitute term for awareness. {It} is not an essence. It is not a substratum or background condition. Things do not arise out of {it} and subside back into {it}. It is not a quality that things have, which makes them empty. Rather, to be a thing in the first place, is to be empty.

It is easy to misunderstand emptiness by idealizing or reifying it by thinking that it is an absolute, an essence, or a special realm of being or experience. It is not any of those things. It is actually the opposite. It is merely the way things exist, which is without essence or self-standing nature or a substratum of any kind. Here is a list of characteristics of emptiness, to help avoid some of the frequent misunderstandings about emptiness, according to the Buddhist Consequentialists:

Images: (all edited and logo added) 1) Connection by geralt, CCO Public Domain, 2) The statue of Nagarjuna, the central khurul, Elista, Kalmykia by Rartat, Public Domain,  3) Colorful glow abstract system with rays – purchased from dreamstime for use only at this website (this image is not permitted to be shared separate from this post), 4) Pasture by geraldfriedrich2, CCO Public Domain.